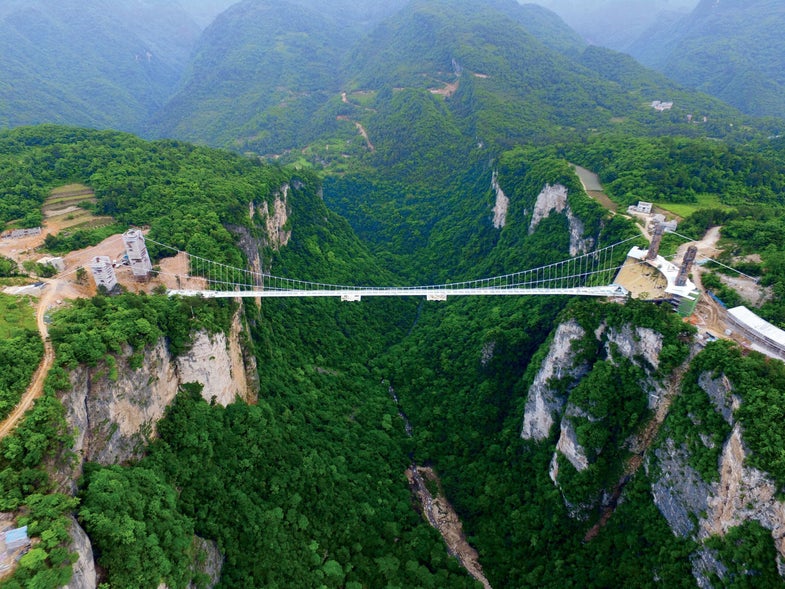 When it opens in 2017, the world’s longest and highest glass bridge will stretch 1,400 feet across China’s Zhangjiajie Grand Canyon, a setting that helped inspire the fictional world, Pandora, in James Cameron’s Avatar.

To build it, engineers installed four support towers into the quartz sandstone of the canyon walls. A steel frame was fitted with more than 120 glass panels, which will allow up to 800 tourists to walk—and gawk—nearly 1,000 feet above the national park’s floor. Because durability is critical, each panel is a three-layered, 2-inch-thick slab of tempered glass; if one layer cracks, the others will hold.

Adrenaline junkies will be able to dangle from the bridge’s underbelly on three long swings. But the real draw is an 870-foot bungee jump—the highest in the world.