His brain implants could one day halt epileptic episodes and allow amputees to control prostheses with their minds. 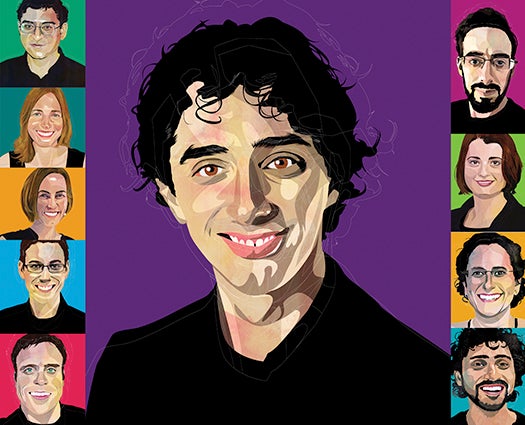 Existing brain implants require individual electrodes to be wired to an external device for data processing. Viventi’s arrays contain transistors that enable the signals to be processed locally, yet they’re as thin and flexible as a sheet of cellophane, conforming to the contours of the brain. As a result, the number of electrodes can be increased by an order of magnitude. “We can actually sample with extremely high resolution across a virtually unlimited area of the brain,” Viventi says. In animal studies, this enabled reseachers to recognize the subtle brain signals that seem to give rise to seizures—a capability he hopes doctors can use to better understand epilepsy in humans. One day, he says, the device may even be able to provide targeted electrical stimulation to halt such episodes before they begin.

These arrays have tremendous potential to improve the quality of life for people with many kinds of disabilities. They could enable amputees to control prostheses with their minds, for example, or restore hearing to those with auditory nerve damage. Technology can solve many medical problems, Viventi says. “We just have to plug away and apply what we already know.”