This is how your brain tells time 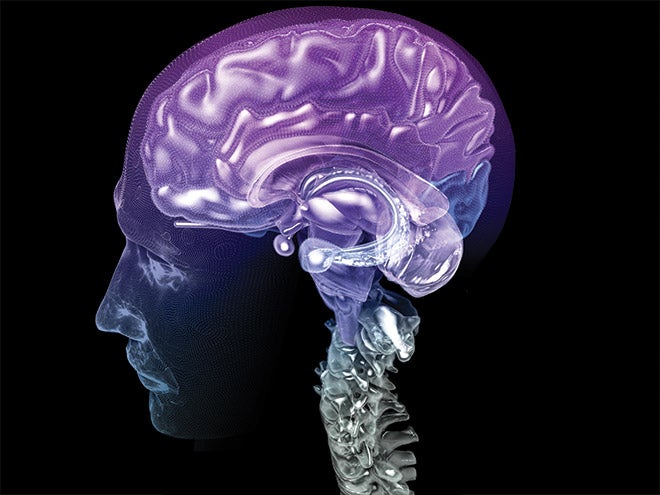 Your mind is constantly counting: the rhythm of your speech, the minutes until your next snack, the awful pause between text messages. Without all that tallying, you’d misinterpret a friend’s motives, or (horrors!) miss doughnut time. So how does your clever noggin seamlessly compute your life?

Neuroscientists do not fully understand the precise neural dance—yet. But researchers do know that you can’t point to just one region in your skull.

Different parts of our gray matter respond to different timing tasks, and brain imaging has helped us parse which areas do what. From drumming along with a musical phrase to figuring out how long a lecture has lasted, these specialized areas work together to shape our temporal perception.

When your brain picks up a signal from its surroundings, such as a whiff of french fries, the supplementary motor area (SMA) acts as a timer: Its activity increases the longer a stimulus lasts. As long as the external signal remains, neurons within the SMA fire, retaining information for other areas of the brain.

You can’t estimate time without a short-term memory, which lives in the right inferior frontal cortex, just behind your forehead. For example, to count the length of a baby’s cry, this area tracks when the sound starts and ends. Without memory, the wail’s beginning would disappear from the brain after only a few seconds.

To be productive, humans must be able to recognize the order of a series. The syllables in a word, the steps of a line dance, and the process of getting dressed in the morning all occur in set sequences. In MRI studies, the brain’s hippocampus lights up, which is a signal of activity, when we’re sorting this stuff out.

The cerebellum coordinates your muscles’ movements, so it’s involved in all sorts of timing tasks—especially holding a beat. On research subjects, this area lights up like a disco ball during predictive timing tasks, such as tapping a rhythm: It helps you decide how long you should wait between taps.

If you love chocolate, you will probably wait a while if you know it’s coming. For that, you can thank a strangely shaped conglomerate of neuron clusters, or nuclei, known as the basal ganglia. It heads up a process dubbed delayed discounting, which tells you how long you should wait—or not—depending on the payoff.

Neuroscientists are still debating exactly how a clump of cells manages to track time. The latest idea, called the population clock theory, suggests neurons all over the brain, rather than a central chunk of gray matter, tick away constantly. A stimulus—say the start of a walk to work—triggers neurons to start firing, creating a pattern of lit-up cells that indicates how much time has passed. Each circuit acts as a unique clock; the path might get one cluster while a passing car gets another, creating countless timers in our heads. Scientists think various brain areas read these circuits, which is why you can cross the street, listen to music, and text at the same time.