How to erase permanent-marker graffiti

All you need is some hand sanitizer 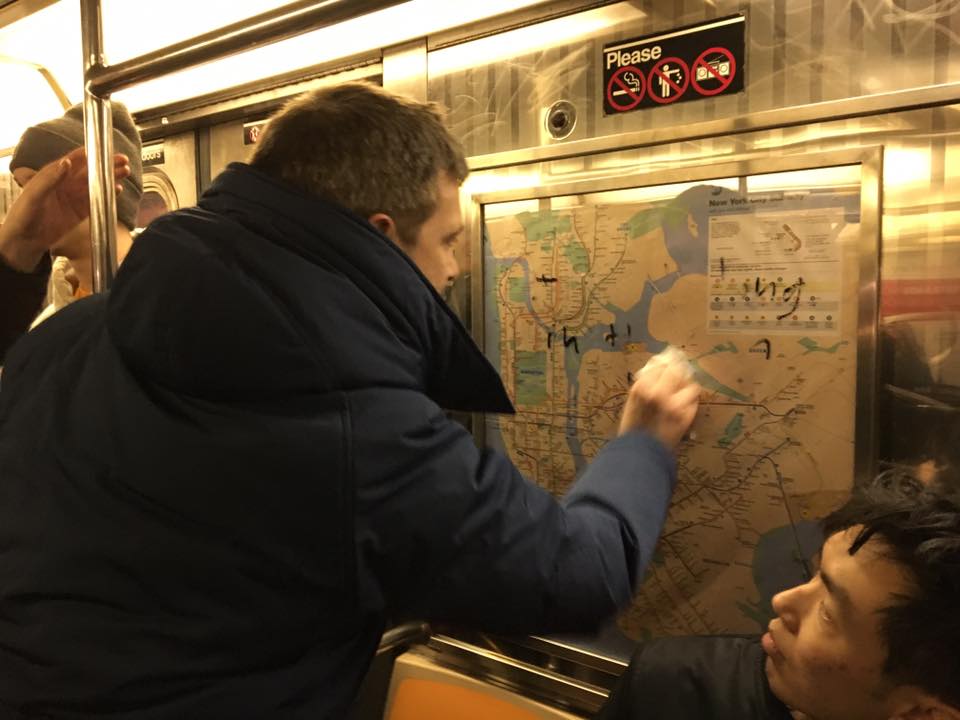 This weekend, an anonymous passenger defaced a New York subway car with Nazi symbolism and scrawled hate speech, drawn in permanent marker. When other subway riders saw the marks, they erased the damage with a simple tool: hand sanitizer.

Permanent marker isn’t actually permanent. It earned that moniker because the ink is waterproof, and thus resists most cleaning products. On hard surfaces like those in New York subway cars, however, permanent marker does not sink into the material. The ink merely forms a top layer that solvents such as paint thinner, acetone, and alcohol can wipe away.

Because alcohol is the primary ingredient in hand sanitizer, it was the perfect weapon against the subway graffiti. Passengers put it on tissues and started scrubbing.

“Within about two minutes, all the Nazi symbolism was gone,” one of them later wrote in a Facebook post. That post has since gone viral, garnering nearly half a million likes and shares.

If you find yourself face-to-face with similar defacement—or you simply drop a permanent marker on a hard surface—you can rub it with hand sanitizer, but that’s not the only solution. Other effective solvents include acetone-based nail-polish remover, rubbing alcohol, and WD-40. You can also cover the stain with a one-to-one mixture of baking soda and toothpaste, let it sit for a minute, and then scrub at it with a damp cloth. If you’re using these cleaning methods at home, test them on an unobtrusive area first to make sure they don’t damage the surface.

The most satisfying technique for removing this type of stain involves dry-erase marker: Cover the permanent-marker stain with the whiteboard variety, and then you should be able to wipe off both. Given how often people accidentally destroy their whiteboards with permanent marker, this solution is particularly fulfilling.