To solve global water scarcity, we need to get more serious about desalination

Scientists suggest we more strongly consider the technology as the climate warms. 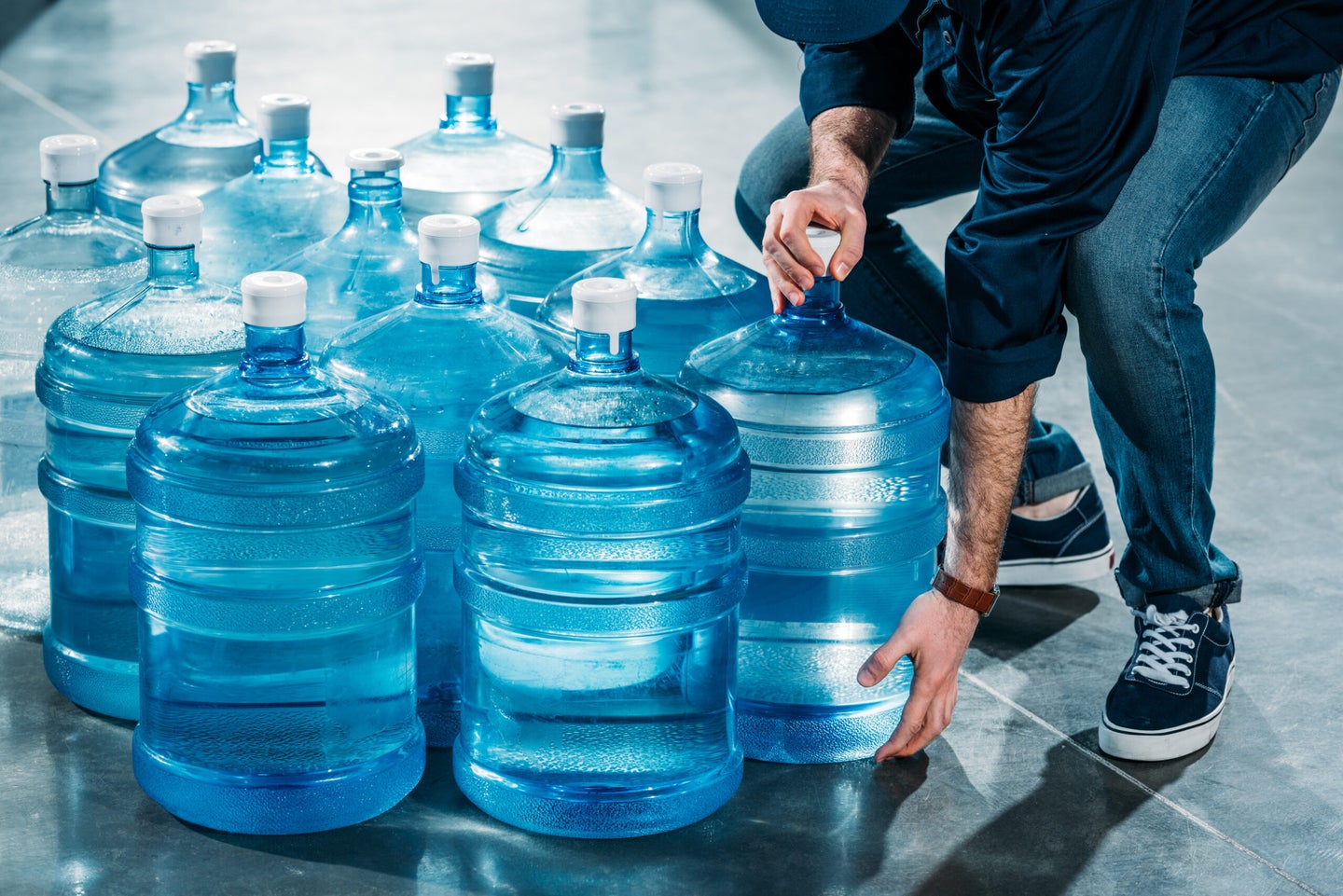 As the climate warms, many of Earth’s arid regions will get even drier—while human populations and their water needs grow. Up to 60 percent of the global population may face severe water scarcity by 2025.

Earth’s H2O is 97 percent seawater, and most of the remaining 3 percent is inaccessible, frozen in glaciers or permafrost. Only a small portion, about half of a percent, exists as freshwater in aquifers and rivers that humans can tap into. A process called desalination, however, allows us to dip into the oceans to satisfy our thirst.

Desal has been around for decades and is used to make both seawater and salty groundwater drinkable. But scientists think that it will become increasingly important in a warmer, drier future. In a recent UN-led review, researchers stated that “‘conventional’ sources of water such as rainfall, snowmelt and river runoff captured in lakes, rivers, and aquifers are no longer sufficient to meet human demands in water-scarce areas.”

During a media roundtable at the 2019 American Geophysical Union conference, Peter Fiske, director of the Water-Energy Resilience Research Institute at Lawrence Berkeley National Laboratory, discussed why we might need to more strongly consider this technology—at times written off for its high costs and energy use—to stabilize water supplies in the future. Here’s what you need to know.

From ocean to tap

Desalination is just what the name implies: a process that removes salt from water. Desal can be used for seawater, of course, but also for saline underground aquifers. There are currently about 16,000 desal plants operating across 177 countries and territories, producing approximately 95 million cubic meters of water a day, or 38,000 Olympic swimming pools. About half of that water is produced in the Middle East and North Africa. Saudi Arabia makes 15.5 percent of global desalinated water, and the United Arab Emirates makes 10.1 percent. But desalination is also a significant water source for U.S. coastal areas, which produce 11.2 percent of the world’s desalted H2O.

Back in the 1930s, the first desalters boiled seawater to capture freshwater as condensation. But today, new plants typically use a technique called reverse osmosis, which consumes less energy than the older thermal process. Reverse osmosis uses pressure to push seawater through a membrane. Only freshwater can pass through the barrier, leaving behind a salty brine on the other side. The process is still quite inherently energy-intensive, because you’re forcing the opposite process as would occur without intervention—the diffusion of freshwater toward saltier water across a membrane until the salt levels are equal. And the saltier the water, the more energy you need to move it across the membrane. That’s why desal plants need a steady energy source to produce freshwater.

The amount of freshwater these plants can squeeze out of a given volume of saltwater varies, but for seawater it’s about 50 percent of the intake water. That means for every two gallons of ocean water, desalination creates one gallon of freshwater and one gallon of concentrated brine.

The dirt on desal

By design, desal uses quite a lot of energy. Pushing water across a membrane requires adding pressure to force water to move against its natural tendency of osmosis. Even with improvements made in the past 20 years, producing freshwater from the ocean still uses more energy than procuring any other source of drinking water, including tapping into freshwater aquifers or rivers or treating brackish sources(water in between the ocean and freshwater in saltiness).

But in some arid regions importing water from far away, desal might not use much more energy than the amount it takes to transport freshwater over those vast distances. Fiske says that when San Diego officials considered the energy used by the State Water Project—California’s greatest single energy user, which manages a 444-mile aqueduct that transports water from the Sacramento-San Joaquin Delta down to the Central Valley and Southern California—the total amount of energy per volume of water produced by the SWP was similar to that for water produced by the Carlsbad desalination plant. Water is heavy; every liter weighs more than two pounds. Anytime it needs to be pumped uphill to reach our taps, we use an immense amount of energy.

Plus, Fiske adds that some of these far-off sources aren’t especially reliable. The Colorado River, which also supplies a lot of water to Californians, is overallocated—which literally means water managers have promised farms and cities more water than the river carries. Especially in drought years, water users dependent on these surface water sources will have shortages.

But desalination has other environmental issues, and brine disposal is among the most serious. The waste is extremely salty and corrosive. And if that weren’t bad enough, it contains some of the chemicals left over from the process, including coagulants used to clump particles together and antimicrobial agents. The aforementioned UN study estimated that desal globally produces 141.5 million cubic meters of brine every day—that’s 50 percent more than the freshwater produced, or 56,600 Olympic swimming pools filled with nasty waste that needs to go somewhere. At seawater desalination plants, that brine is pumped back to sea. If it mixes thoroughly with the surrounding water, it’s of little concern. But if that brine pools up, it creates blobs of water toxic to marine life.

Desalination can also harm marine life through the intake pipes that suck in seawater for processing. Plankton and fish larvae can be siphoned into the plant and larger creatures get stuck against the mesh at the entry of the pipe. Both scenarios are ultimately fatal. It’s possible to lessen this impact by burying the intake pipe under sand, which acts as a natural filter. But Heather Cooley, director of research at the Pacific Institute, a global water think tank, says that this method isn’t always available—if the seafloor is too rocky or clayey, it won’t work.

While desalinated water has grown less expensive since its inception, it still tends to be far more pricey than conventional water sources. For San Diego area residents, water from the Colorado River costs about $1,100 per acre-foot, while desalinated water costs about $2,200 for the same amount, says Fiske. (According to a recent report, though, that desalinated water is getting even pricier, at $2,685 per acre foot in June 2019.) Since the plant began delivering water in 2015, residents pay about $5 more a month in their water bills. Despite that stark difference, Fiske says that local water managers believe that the cost is worth it to have a water source that won’t change with the warming climate.

Cooley says that we have yet to fully realize other ways of improving water supplies. “What we’re finding in California is that in many places we still have much cheaper options that are less energy intensive and have fewer environmental impacts,” she says.

Simply conserving water is one of those ways. Cooley says many California cities are using less water today than 30 years ago, despite their population and economic growth. That’s thanks to water efficiency gains from various measures, including switching to low-flow toilets and front-loading washers. Capturing stormwater and using it to recharge groundwater basins, rather than routing it out to sea, can also boost our water supplies. Treating wastewater and reusing it, instead of discharging it to rivers, is also a cost-effective option for water supply, says Cooley.

Reverse osmosis for seawater today is as close to efficient as it can theoretically be, says Jane Kucera, a chemical engineer for NALCO Water reviewing water treatment systems. While new nanomaterials can provide some benefit by lowering the amount of energy needed to push water across the membrane, desalination plants will need other upgrades to lessen their carbon footprint. Kucera says one step is powering plants on renewables, using resources like solar, wind, and wave power. Fiske adds that another improvement is replacing disinfection chemicals, which take a lot of energy to make, with electrified disinfection technologies like ultraviolet light.

Despite the costs, Fiske says that desal could be the answer to water deficits posed by climate change. He says that seaside cities could rely on ocean desalination, while inland communities could use the process to tap into salty groundwater or to reuse wastewater. The key to knowing when to build the plants is being able to accurately estimate water supplies in future years, so that we can predict when and where there will be enough demand that makes desalinated water worth the cost.

Fiske also thinks that changing how we build desalination infrastructure could greatly lower costs. “Most of our desalination facilities presently tend to be large scale, custom-designed and they take many, many years to design, permit, build and commission,” he says. “If we’re going to use all these other nontraditional water sources, we’re going to have to manufacture much more integrated and modular water treatment systems.”

Fiske imagines a slew of small-scale facilities that can be tailored to varying salinity levels depending on what water source a community is using. These plants would act as a sort of drought insurance, preventing residents from running out of water in dry years. If his vision (or a version of it) is carried out, Fiske says “a much greater use of reclaimed and recycled water [produced through desalination] I think could answer our water scarcity needs for the 21st century.”