Neanderthals May Have Given Us Genital Warts

A case of ancient hominid hanky-panky 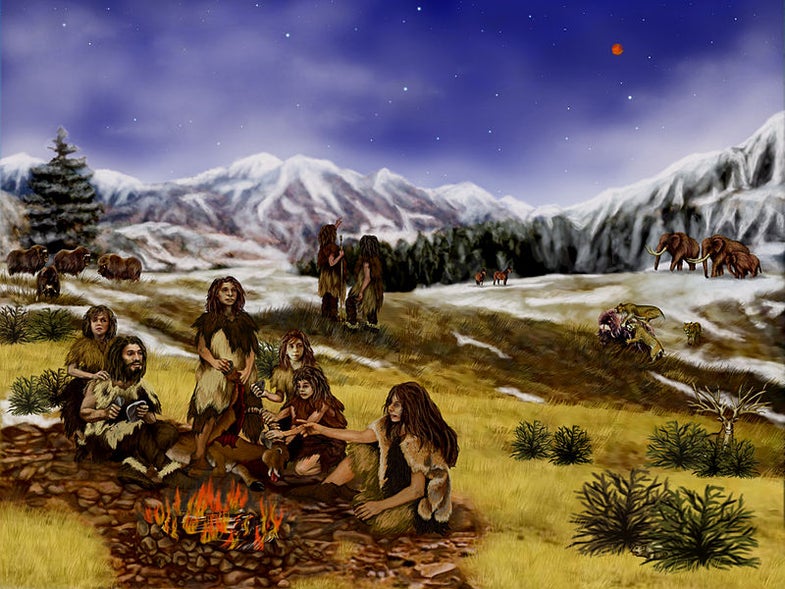 At some point in our evolutionary history, our Homo sapiens ancestors had sex with Neanderthals. Those cross-species trysts are the reason why almost everyone has a little bit of Neanderthal DNA in them today. Now, a new study published in the journal Molecular Biology and Evolution suggests that in addition to genetic material, the ancient hominids may have given us a common sexually-transmitted infection: A version of the human papillomavirus (HPV) that also causes cervical and oral cancers.

When humans and Neanderthals split into two species, the HPV virus evolved into different strains alongside them. Neanderthals and Denisovans carried a strain known as HPV16A. Early humans carried HPV16 B, C, and D. When humans migrated out of Africa around 60,000 years ago, they left those strains of HPV16 behind. But once they reached Europe and Asia, they encountered Neanderthals and their versions of the virus. They had sex, and that’s how humans acquired HPV16A.

The researchers were able to trace the evolutionary origins of HPV16 using statistical modelling. They looked at 118 viral DNA sequences from around the globe and assembled a timeline based on mutations that periodically occurred in the virus. Then they compared this viral evolution timeline with what scientists already know about human evolution to figure out how HPV16 spread around the world.

“The history of humans is also the history of the viruses we carry and we inherit,” senior study author Ignacio Bravo of the French National Center for Scientific Research said in a statement. “Our work suggests that some aggressive oncogenic viruses were transmitted by sexual contact from archaic to modern humans.”

The research helps explain why there is almost no HPV16 in Sub-Saharan African any more, even though it’s incredibly common elsewhere. And further studies could reveal whether the differences in our genetic backgrounds are partially responsible for why an HPV infection clears up quickly in some people but lingers and causes cancer in others. But for now, it’s a reminder that you should practice safe sex no matter who you rendezvous with.