How to survive a mountain lion encounter 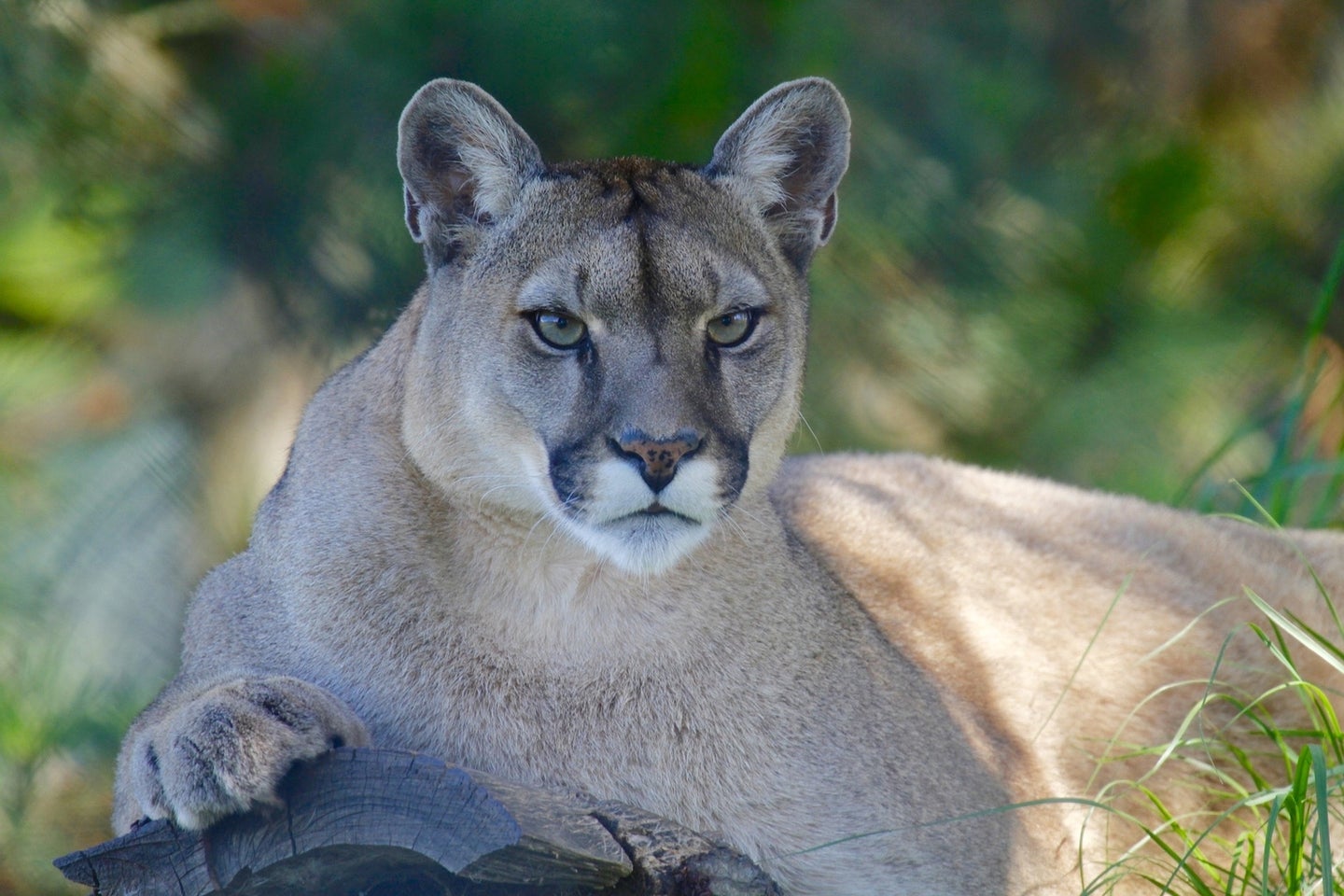 In 2012, a 6-year-old boy was attacked by a mountain lion while walking through a parking lot with his family in Big Bend National Park in southwest Texas. The animal, likely an older one desperate for food, and possibly the same cat that had menaced another group earlier that day, grabbed the child by the face and tried to get away, but the boy’s parents fought back. They saved their son’s life, and while he did sustain a few cuts and puncture wounds on his face, his physical injuries were not serious.

Fortunately, these kinds of encounters are rare, and deaths, even rarer. Prior to 2012, the last mountain lion attack in Big Bend was in 2003, and that victim also walked away with only minor injuries. You see, mountain lions—also known as cougars or pumas—are solitary creatures that tend to stay out of sight and away from hikers. This makes attacks even more surprising.

But even if attacks are rare, you should still be prepared when you step into terrain mountain lions call home—a vast area that spans from Mexico to the Canadian Rockies, California to Florida.

There are around two dozen mountain lions living on the 1,252 square miles of land that comprise Big Bend, but according to Cathryn Hoyt, a ranger at the park, no one has ever been killed by one there. Fortunately, they’re easy to scare off, especially since the ones that do attack humans are often unable to hunt their usual prey and are weak and desperate to begin with. That doesn’t mean there are no sightings, but visitors most often spot cougars hiding in the bushes or perched in mesquite trees alongside the road.

While sightings don’t happen often, attacks are even less frequent: Between 1953 and 2003, there were 15 attacks in the park, and just “a few” have been reported since then, Hoyt says. And the statistics for mountain lion encounters nationwide are similarly low: in the last 100 years, 125 attacks have been reported and fewer than two dozen were fatal. To put that in perspective, bees, wasps, and hornets kill about 60 people each year, according to data from the Centers for Disease Control and Prevention.

What to do if you encounter a mountain lion

One of the most common misconceptions about mountain lions is that if you’re attacked, you should curl into the fetal position and protect your neck. But Hoyt says that’s all wrong. “Fight back. Kick, and scream, and punch, and gouge, and do whatever you can,” she says. If possible, use any tools you have with you. Pocket knives, a backpack, trekking poles—anything that can be used as a weapon.

But this is the worst-case scenario. Ideally, hikers should keep the situation from escalating to a fight, which usually comes down to spotting the animal early enough.

For starters, don’t run. Running makes you look like prey, which is the last thing you want. Besides, mountain lions can bound up to 40 feet when running, leap 15 feet, climb trees, and sprint up to 50 miles per hour—you won’t outrun one. Not even Usain Bolt, the greatest sprinter ever, could. Your best chance to escape unscathed from such an encounter is to stand your ground and make yourself look as big and formidable as possible, maintain eye contact with the animal, speak loudly and firmly at it, and slowly back away.

If that doesn’t work, throw rocks or branches in its direction to make yourself seem like more trouble than you’re worth. And the key to all wild animal encounters: stay calm. If you lose your cool, you could lose your level-headed advantage.

When hiking with children, keep them close. The smaller the child, the easier a meal they’ll be for a hungry and desperate predator. Keep them within arms reach when hiking in mountain lion country, and if you see an animal, pick up small children and keep them from running. It’s always a good idea to hike in pairs or a large group instead of alone.

What to look for in mountain lion country

Mountain lions aren’t easy to spot or track. Their dens tend to be high up in cliffs or rock faces, and even though they are typically more active at dawn and dusk, they stay hidden most of the time. You’re unlikely to stumble across one’s home, but if you spot a footprint or hear something large moving in the bushes, stay alert and move on without running.

Mountain lions are more likely to be aggressive if they are protecting something like a den or a recent kill. Mountain lions bury their kills and come back to feed off them for several days, so if you stumble upon a half-buried carcass, switch to high alert and make a quick, but wary, getaway. “If they feel someone is threatening their food, they’ll protect it,” Hoyt says. It’s an encounter that could end violently.

The cats that usually attack humans tend to be either very old or very young, ages at which it’s hard for them to hunt for normal prey like deer, raccoons, or feral hogs. As a result, they’re often desperate and hungry. If a mountain lion does attack, it’s often captured and euthanized to prevent additional attacks, so it’s in everyone’s best interest to keep a mere sighting from escalating to violence.

Time spent in the great outdoors comes with inherent risks, including those associated with wildlife. Simply stay alert, be aware of the risks and appropriate actions, and know that the trails you walk are often the same ones animals use. Above all, Hoyt says, “Whenever you’re in the backcountry, you need to be aware: This is their home, we’re just guests.”