Missing in action: Luke, and that new robot we think we like 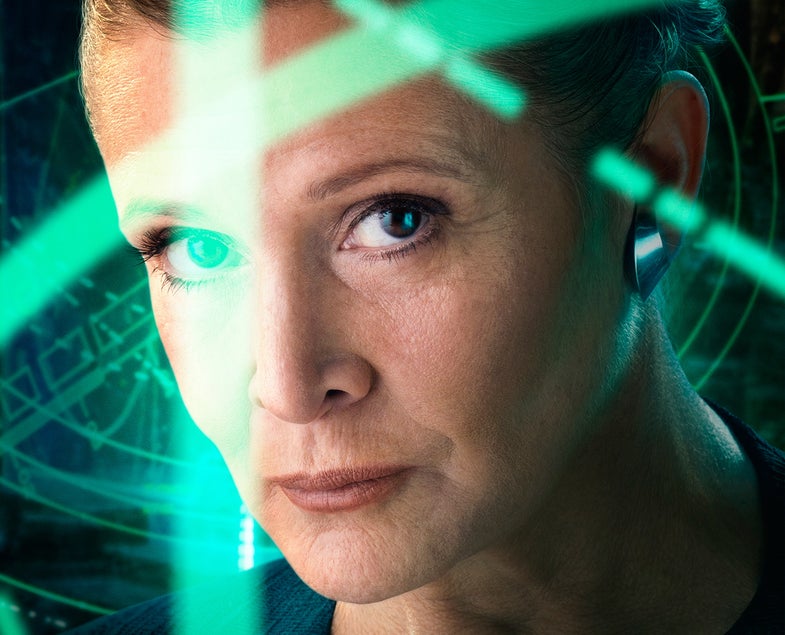 Behold the new faces of the Star War! Next month, Disney releases The Force Awakens, the seventh installment of the juggernaut space opera series, and today there are new official posters focusing on the characters. Conspicuously absent from the posters is Luke Skywalker, original trilogy protagonist played by Mark Hamill. Also, in all the posters the characters are covering up their right eye. Is this a weird tribute to late R & B artist Lisa “Left Eye” Lopes? No one knows! Check out the posters below: 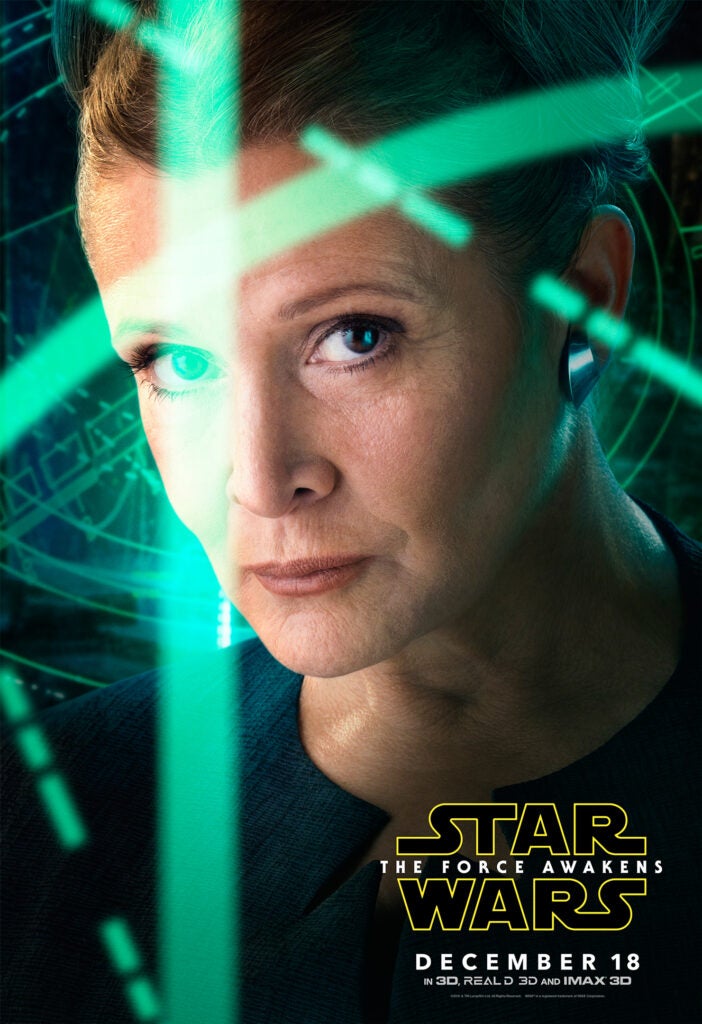 Leia In The Force Awakens

No longer the insurgent Rebel leader, smuggling documents and leading commando raids, here we see Leia in a control room of some sort. Is she wearing the Star Wars universe equivalent of a Bluetooth headset or just a large silver earring? Is inside of a hologram really the best place to plan a battle? Thirty years after the Battle of Yavin in A New Hope, it’s good to know that green is still the color of the good guys. 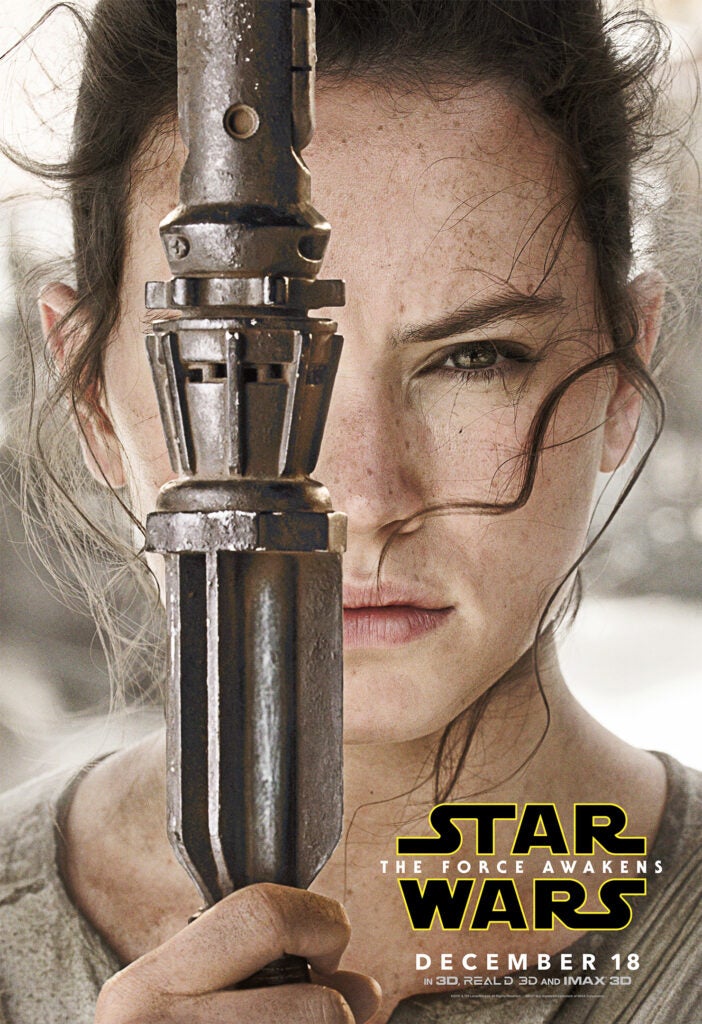 Rey, as played by Daisy Ridely

We don’t know much about Rey. She has a speeder, and a staff. BB-8, the adorable rolling sphere droid from the trailers, might be hers. 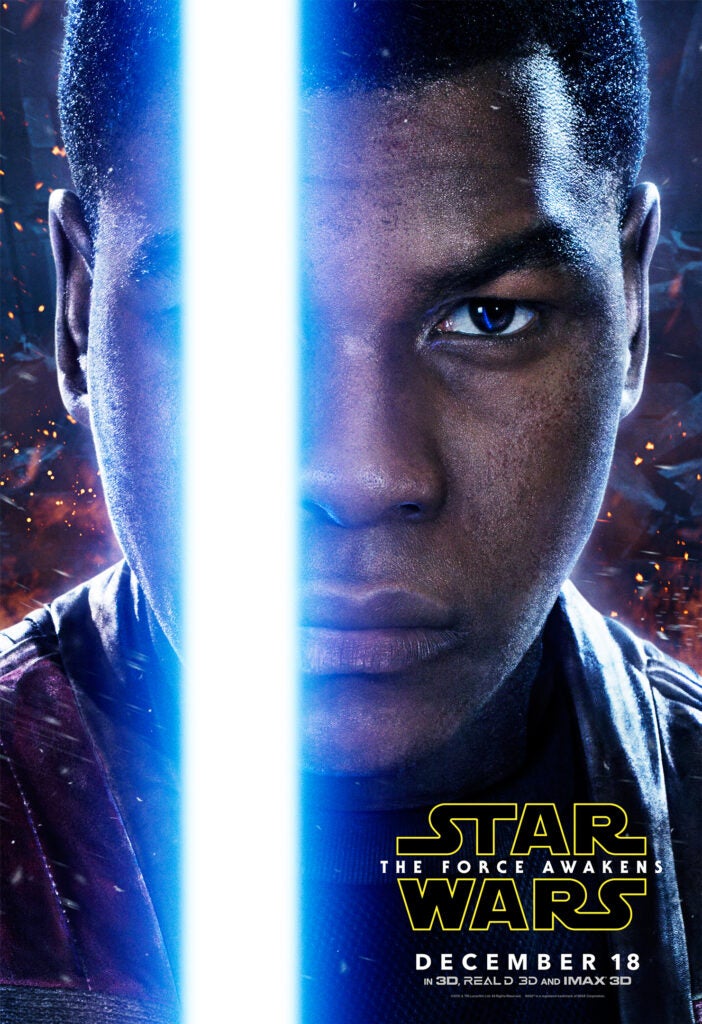 Finn, as played by John Boyega

Like Rey, we don’t know a ton about Finn. He’s seen in Stormtrooper armor, and later on carries a bright blue lightsaber, like that of Luke Skywalker and Obi-Wan Kenobi. It’s safe to assume he might have something to do with the Jedi. The Force that Awakens might even be his! 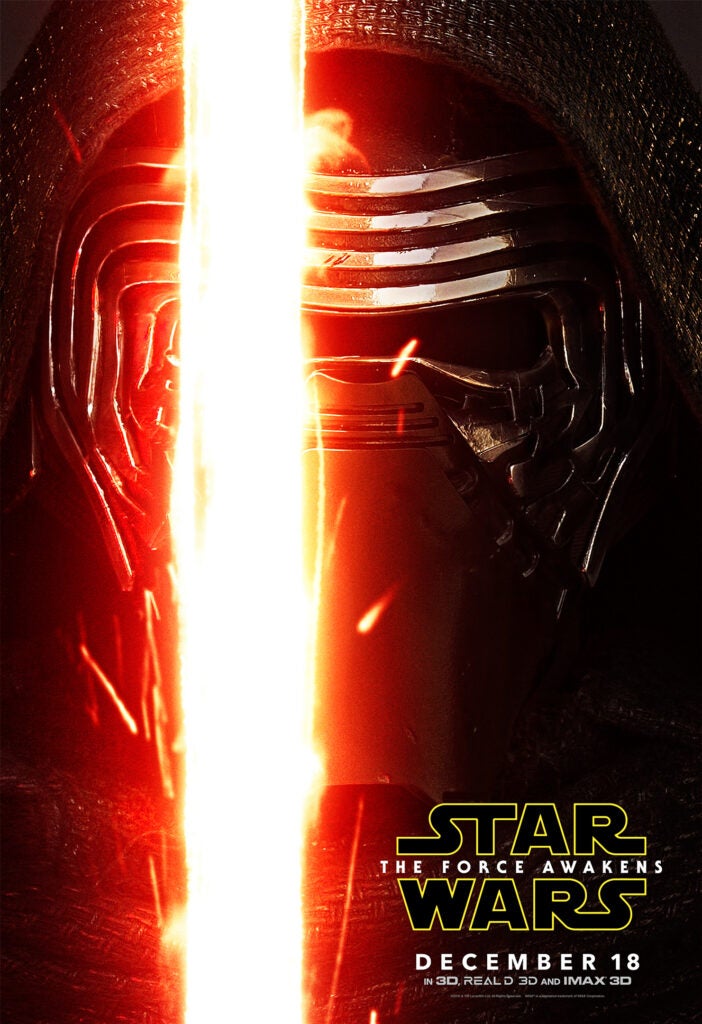 Kylo Ren is the villain! We can tell because of his red lightsaber, his dark cloak, his Darth Vader-esque hood and mask, and his general cavorting with Stormtroopers and TIE Fighters. His lightsaber is very strange. 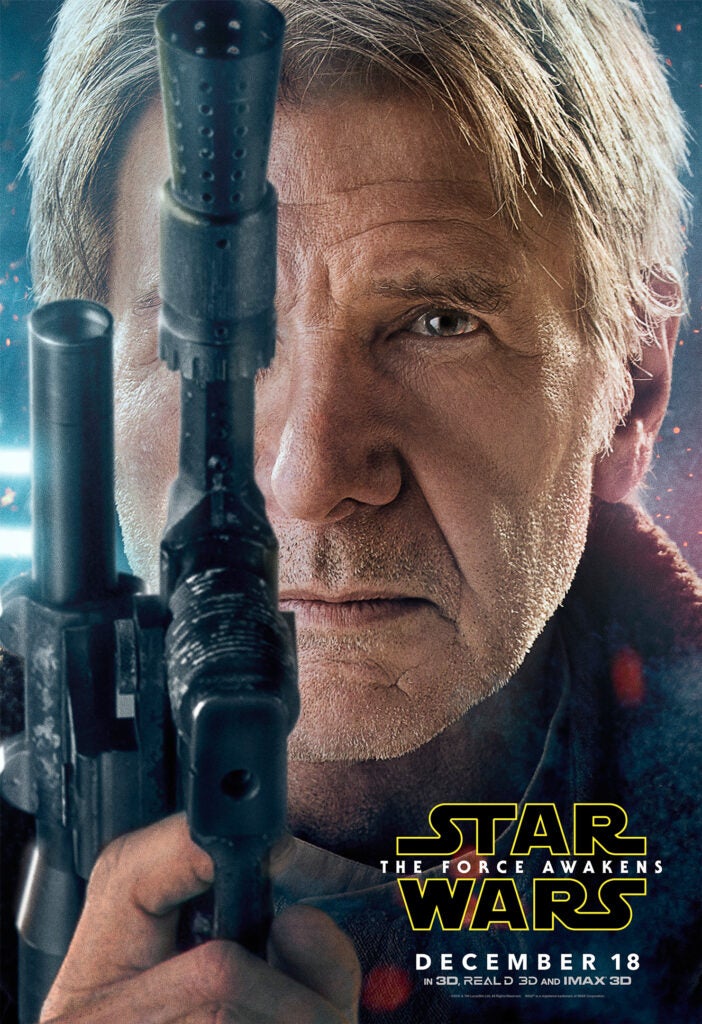 This is Han Solo! The smuggler we know and love. Here he has his gun raised, in case he needs to shoot the sky first. We’ve seen his ship, the Millennium Falcon, in the trailers, so it’s likely he does some flying as well as shooting in the film.
Kelsey D. Atherton