Block Star Wars Episode 7 Spoilers You Can, With This Chrome Extension

Force spoilers out of your browser 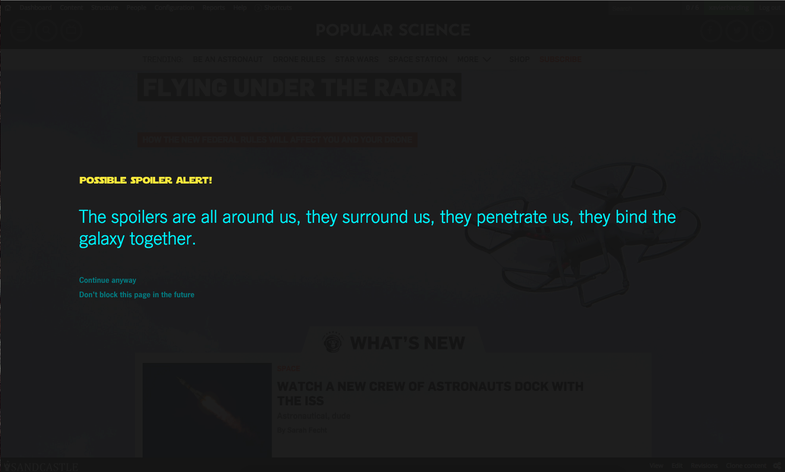 Star Wars Episode 7: The Force Awakens spoilers are littering the web as the movie premieres this Friday. While previously only those who hunted for them could scratch their Star Wars spoiler itch, now it seems every day there’s a new trailer or commercial. Enter the Force Block extension.

Force Block for Chrome warns you of sites that may contain Star Wars Episode 7: The Force Awakens coverage—including, but not limited to, spoilers. Tech sites, movie sites and more that have covered Star Wars Episode 7 in the past will be prime suspects on this list—including our site. According to the extension page, Force Block detects spoilers using “smart pattern detection and a whitelist for false alarms.” 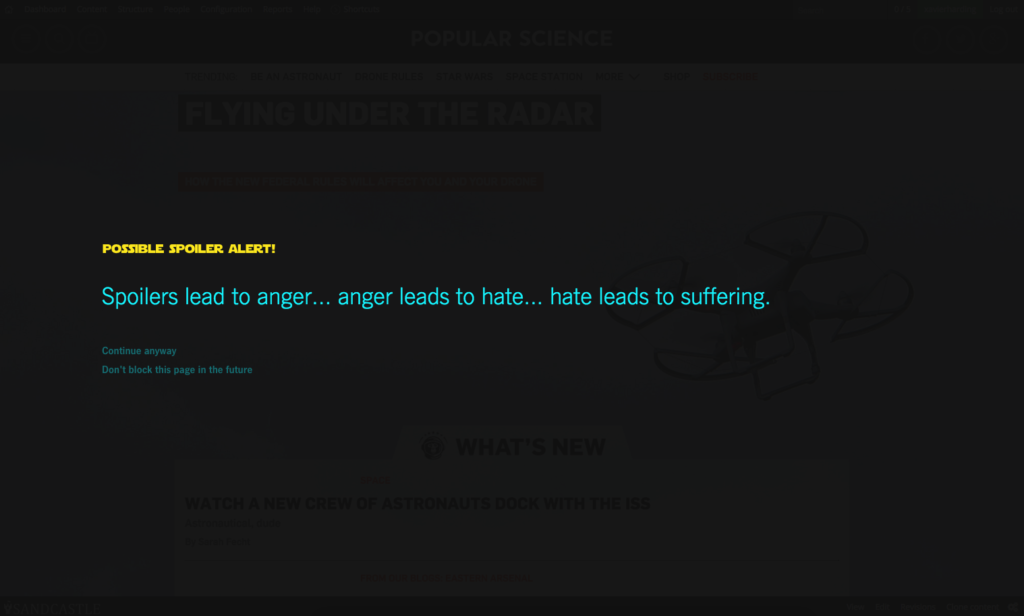 Along with preventing you from seeing spoilers, the extension will provide a quote from one of the six movies in the colors and fonts fans know and love. Beneath the quote, users are offered the ability to continue on anyway or to never block the page. Feel free to hit the latter button on your favorite site, PopSci.com.

Other options like Spoiler Shield or FB Purity are available for non-Chrome platforms, but only protect you from spoilers in your social feed. It remains to be seen when Star Wars Episode 7: The Force Awakens viewers can cover up spoilers across all browsers using Force Block. For now, Chrome coupled with this extension is the slickest way to block spoilers for Star Wars fans. If you’re a Firefox or Safari user, you’re better off just staying away from the internet altogether.