What avocados and clownfish have in common, sexually speaking

Sex isn’t nearly as binary as you think it is. 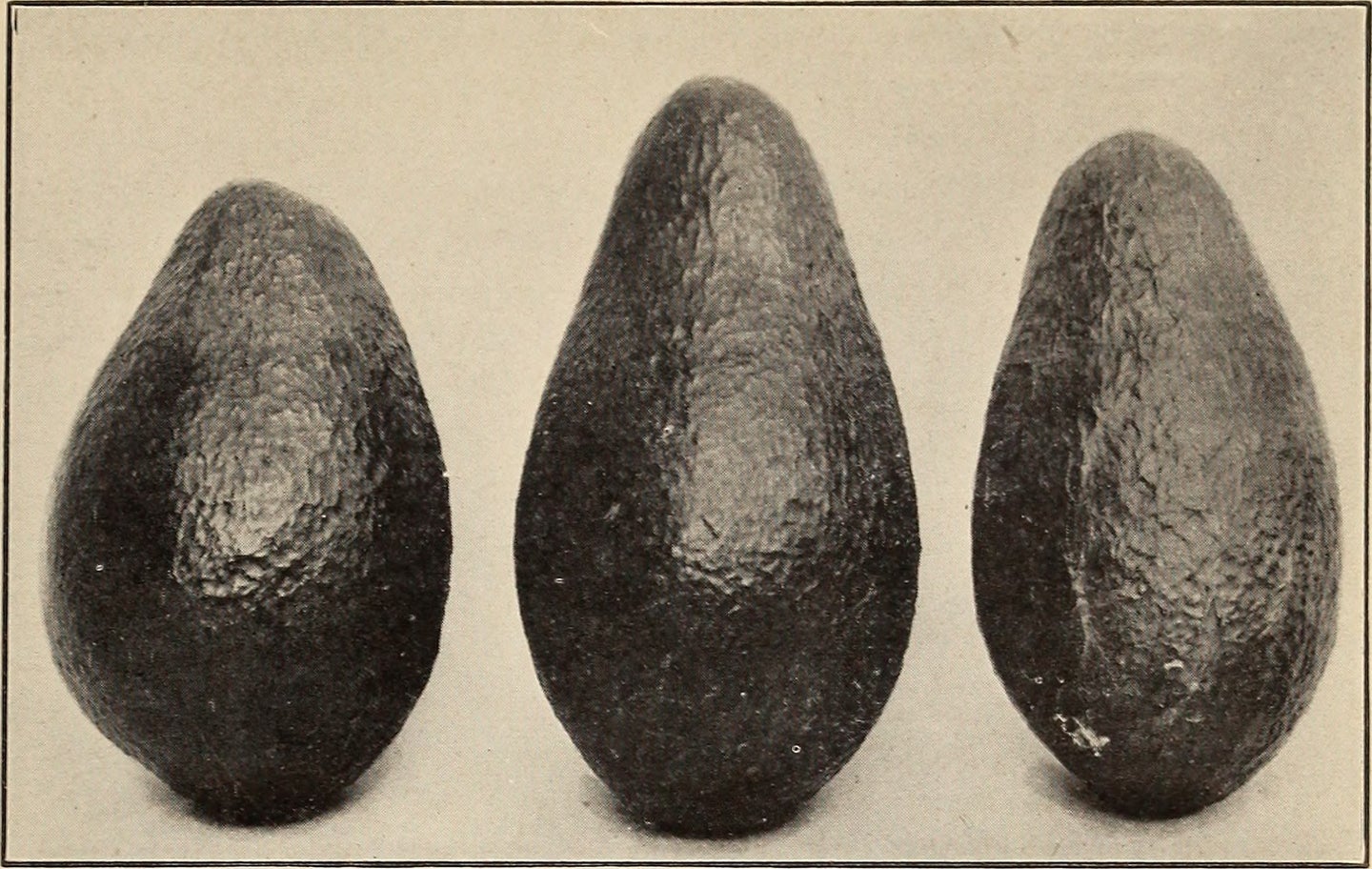 I recently learned that avocados change sex daily, and I need you to know about this too. Some avocados spend their mornings as females, then close up their flowers only to re-open as males the following afternoon. Others laze about until the afternoon, when they’re female, then close down for the night and wake up as males the next day. This gender fluidity has some wild implications for avocado farms. But before we get into that: Let’s talk about sex, baby.

In summary, human sex is way more complex than most people think (and only gets more complicated because of our species’ long history of conflating it with gender identity). But fish—hundreds of species, in fact—turn the whole idea of sex on its head by swapping from one to another with ease. Moon wrasses, a type of fish native to the Indian and western Pacific Oceans, all start off female and become males over the course of 10 days based on a complex dominance system. Other fish simply spend a certain number of years as one sex and then switch as a kind of maturation.

Having this kind of sexual transition is called sequential hermaphroditism, or sequential dichogamy if you’re talking about plants, and it suggests that binaries are far from a rule in nature. Plenty of critters are plain ‘ol hermaphrodites, meaning they’re always able to fulfill either the male or female role in mating, as are the vast majority of plants (most flowers have male and female bits all in one). Those species that do it sequentially are just a little more special.

Here are some more organisms that prove sex is anything but fixed.

We hinted at it before, but here’s the whole story: most plants have their sexual organs all in one flower, so that the pollen (think plant sperm) can fall into or onto the stigma, which is a sticky bit at the top of the female reproductive parts. The stigma catches the pollen and starts it on the journey to fertilizing the ovules. Others—like avocados—have some male flowers and some female flowers on the same plant, or have male versus female plant individuals. But avocados go ahead and make it more complicated by only opening one type of flower at a time. Type A plants start off female in the morning, and type B are female in the afternoon (and of course vice versa for their male periods).

Pollinators can still fertilize avocados—they just have to do it over the course of two days rather than minutes or hours. That’s not generally good enough for avocado farmers, though. You may only see Hass avocados in stores, but in the orchard, they’re grown alongside B cultivars. Hass avocados are an A type themselves, which means the flowers are complimentary—you always have male and female open at the same time, just on different trees. This helps the avocado trees to be more productive, even if there’s just a smattering of B types mixed in with the Hass varieties. You can sometimes find them at a farmer’s market with weird names like Bacon, Walter Hole, and Fuerte.

Perhaps the most famous sequential hermaphrodite, clownfish are born exclusively male. That’s because clownfish have a female-dominated society, where the most aggressive female only mates with one male in her little group. When she dies, the breeding male takes her place, and one of the juvenile males goes through a growth spurt to take that vacant spot as consort. Most sequentially hermaphroditic fish start off female and work in the other direction, so clownfish are part of the minority here.

Why bother with this strange conga line of shifting sexes? For one, it massively reduces competition between males. In general, though, biologists aren’t always sure why sequential hermaphroditism evolves. It seems to be evolutionarily helpful to some species, but it’s clearly not so helpful that everyone evolved this way.

Whatever the reason, know that the eventual remake of Finding Nemo should include Marlin’s sexual transition at the beginning of the film. In fact, a lot of those fish should have gone through sex changes. Roughly 500 species of fish are sequentially hermaphroditic, from groupers to wrasses.

Most of the time, frogs live pretty standard lives, sexually speaking. They’re born male or female and breed in a fairly standard manner.

But sometimes they switch sex partway through life. One 1989 paper documents 7 out of 24 female adult reed frogs becoming male, seemingly without any intervention. Mostly this kind of hermaphroditism in frogs is limited to their juvenile stage, when environmental factors can still impact their sexual development, but there seem to be a few wild cases where some frogs undergo a sudden, unexpected change.

Unfortunately, we also know that atrazine, one of the most widely used pesticides in the world, can also force a shift from male to female. It chemically castrates most of the males exposed to the chemical, but one in ten of them doesn’t just lose their testosterone production—they effectively become female. They can now mate with male members of their species, though because they’re still genetically male they can only produce more male offspring.

A single species of Australian tomato

Solanum plastisexum perplexed researchers for years: it seemed every time they visited out in the Australian Monsoon Tropics, it was a different sex. You can read more here about one plant biologist’s quest to identify this tomato plant’s sex, but suffice to say this nightshade doesn’t limit itself. It switches from female to male to hermaphrodite fluidly (and we applaud it).

This one doesn’t quite fit the hermaphroditic bent, but some butterflies—and actually, some birds and crustaceans—can occasionally be born half-male, half-female. It seems to happen when an egg has two nuclei, and thus gets double-fertilized. The embryo that grows from that egg can end up as half of each sex, often split bilaterally down the middle.

In species of butterflies and birds, which often have significant visual differences between the sexes, this can look really wild. Gynandromorphic cardinals are half-red, and butterflies can end up with two different patterns on each wing. We don’t know much of anything about their behavior or reproduction since they’re so rare, but a cardinal found in Illinois in 2008 didn’t seem to sing a song or ever have a mate.