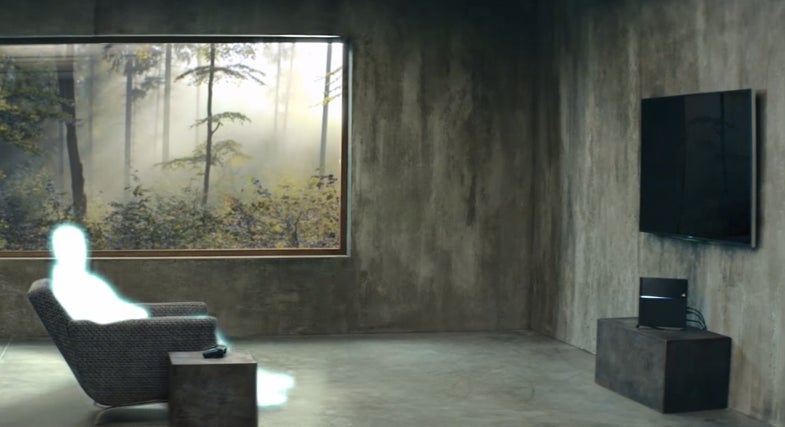 Not all of the big announcements coming out of the annual E3 video game conference in Los Angeles this week deal with flashy new virtual reality or augmented reality. In fact, one of Sony’s bigger reveals centered around good old fashioned TV. Sony announced that its streaming TV service Playstation Vue will soon be available to all Playstation 3 and PS4 game console owners across America, allowing them to purchase up to 85 channels separately or in various different bundles (priced at different tiers). The move could entice more Playstation owners to ditch cable TV entirely, ironically by imitating some parts of cable’s business model.

Playstation Vue first debuted in March 2015, but was limited to a few large markets (New York, Chicago and Philadelphia), and didn’t include some of the exclusive channels announced, a partnership with Machinima. At first, Sony is expanding Vue to Los Angeles and San Francisco as of Monday, June 15th. It will roll out to the rest of America sometime in July, according to Sony’s latest timetable. New pricing structures haven’t been announced for individual channels, but the original bundled tiers didn’t break from traditional television pricing, and cost from $49.99 to $69.99 per month.

In an announcement season well-populated with rumors and leaks, early chatter dictated Apple was going to debut its own television service through the Apple TV set top box. But days before WWDC, *The New York Times *broke that no new hardware or services would be announced during the company’s largest announcement platform of the year.

Sony’s Playstation Vue announcement means that the hardware giant has outmaneuvered Apple in the race to bring a la carte cable programming to a popular digital multimedia platform, in this case, Sony’s popular game console. A Playstation 3 or PS4 is required to activate the service, but once activated, Vue subscribers can also stream their content to an iPad.

Also in their E3 presentation, Sony breezed over Project Morpheus, its venture into virtual reality that’s said to integrate Playstation Move controllers, instead spending most of its time on headliner franchises like The Last Guardian, Uncharted 4 and mecha-dino hunting simulator Horizon: Zero Dawn.

Sony’s E3 announcement also featured a Kickstarter campaign for fan favorite Shenmue. As of this morning, the campaign as already met its $2 million goal, and still has 31 days left to go.