The Power of Pee 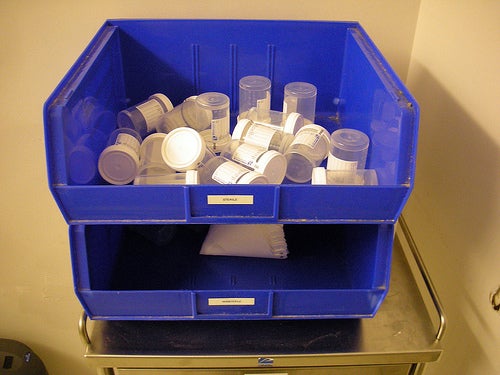 Because it’s the universe’s most abundant element, hydrogen is a good candidate for a renewable energy source. But there’s a problem: the finicky element is difficult to manage. Storing it in its pure form is a hassle that requires high pressure and low temperature, and unbinding it from paired elements used to stabilize it comes with significant secondary energy costs.

Fortunately, though, there’s urine to the rescue.

Gerardine Botte, an Ohio University professor, sees the liquid as a solution thanks to the particular composition of its major component, urea. Its make-up, a 2-to-1 ratio of hydrogen and nitrogen, is convenient because hydrogen can be extracted from nitrogen using much less electricity than that needed to, say, pull apart hydrogen and oxygen. (It’s a matter of 0.037 Volts versus 1.23 Volts, if you really need to know.)

Botte has recently come up with a nickel-based electrode that can do just that: dip the electrode into urine, apply electrical current, and voila, hydrogen is released. While the research is still in an initial phase, it’s possible that urine could power cars, homes, and various devices in as near of a future as six months from now.