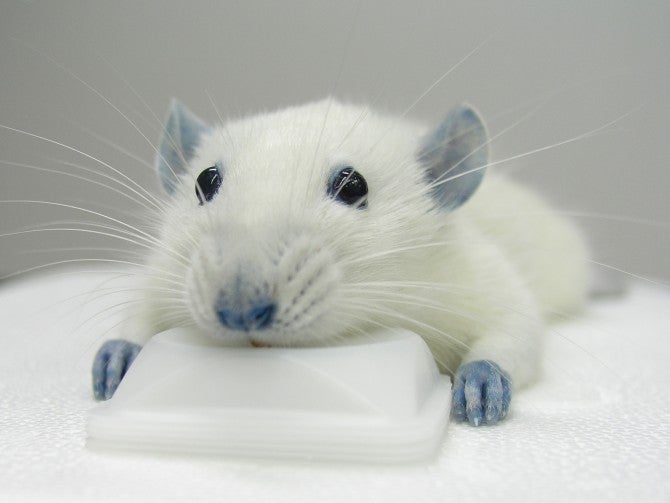 The next time someone tries to argue that all M&Ms are the same, no matter the color, you can tell them about the blue M&M. The candy (like Gatorade and other products) gets its color from a food dye similar to Brilliant Blue G (BBG) — a compound that, as it turns out, is medically useful. Building on earlier research, scientists at the University of Rochester Medical Center have found that injections of BBG can relieve mice of secondary spinal cord injuries. In September, they will start conducting human clinical trials.

BBG works by inhibiting the function of P2X7, a molecule that pervades the spinal cord and assists another molecule, adenosine triphosphate (ATP), in killing off healthy motor neurons. Because quantities of ATP flow to the spinal cord post-injury, significant secondary injuries occur, which is why thwarting ATP’s activity is absolutely vital.

The U of R researchers were able to do just that, via injections of BBG. While rodents that hadn’t received the dose were never able to scurry around again following their injury, the mice that received the BBG regained their ability to walk (albeit with a limp).

The mice also turned temporarily blue, as a side-effect (the only one). The verdict here at Popsci.com is that it’s only a matter of time before pet stores start selling a rainbow of rats.