The remains were found naturally mummified in a crypt belonging to an aristocratic Austrian family. 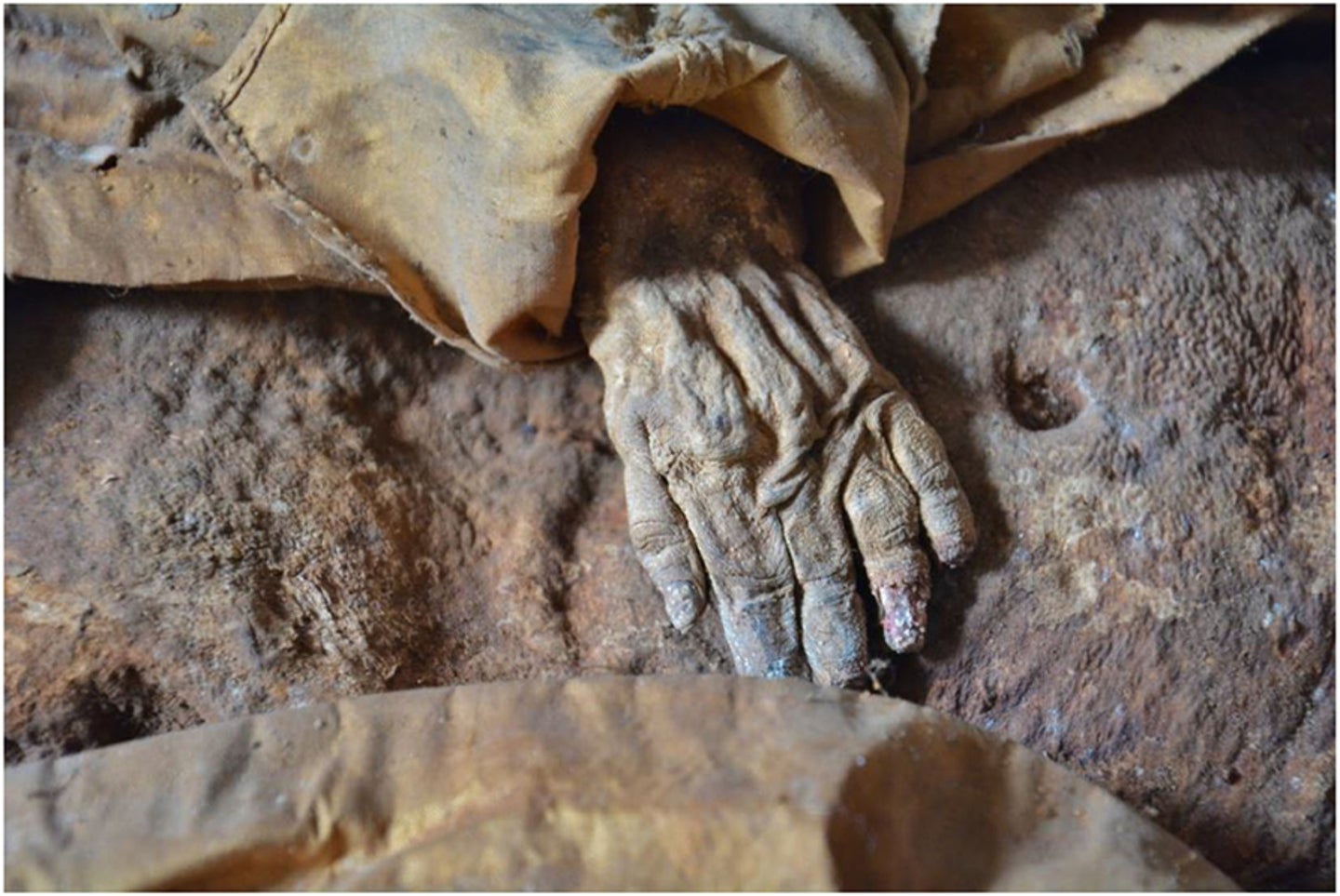 The child mummy, a member of the Austrian aristocracy, was found wrapped in a silk-hooded coat. Nerlich et al, Frontiers, 2022
SHARE

A moderate amount of sunlight is actually pretty good for us. While going outside might feel really difficult when you’d rather beat the next level of a video game, binge watch a gripping new series on Netflix, or read one more chapter of a page-turner, it turns out that getting those rays is crucial for survival. Not enough sunlight can be deadly. A new study published yesterday in Frontiers in Medicine takes a look at how important vitamin D is with the help of a centuries old mummy.

A team of scientists based in Germany examined the child mummy, combining cutting-edge scientific techniques with historical records to better understand what childhood was like during the Renaissance, a period of time between the 14th and 17th Centuries marked by a surge of scientific discoveries and artistic creativity. The conditions within the crypt preserved the soft tissues, allowing for a natural mummification process. This soft tissue contains critical information about the child’s life and untimely death. The paper describes how the team determined not only the cause of death, but the child’s identity.

A virtual autopsy and radiocarbon testing helped the team get a better look at the body and soft tissues, while also looking at family records and some key material clues from the burial. “This is only one case,” Andreas Nerlich of the Academic Clinic Munich-Bogenhausen and the lead author of the paper, said in a statement, “but as we know that the early infant death rates generally were very high at that time, our observations may have considerable impact in the over-all life reconstruction of infants even in higher social classes.”

A CT scan was used to conduct the virtual autopsy, where the team was able to estimate that the child was about one year old when he died based on the length and formation of the bones and its teeth. The preserved soft tissue indicated that the boy was also overweight for his age.

However, well-fed does not always means well-nourished. His ribs had undergone a pattern called rachitic rosary, which malformed them and has typically been seen in cases of severe rickets or scurvy. It appears that although he was able to get enough food to put on weight, he was still malnourished.

Going deeper into the viral autopsy, the remains showed inflammation of the lungs characteristic of pneumonia. Children with rickets are more vulnerable to pneumonia and it’s likely that this nutritional deficiency contributed to his early death. “The combination of obesity along with a severe vitamin-deficiency can only be explained by a generally ‘good’ nutritional status along with an almost complete lack of sunlight exposure,” said Nerlich. “We have to reconsider the living conditions of high aristocratic infants of previous populations.”

According to the study, the bone lesions in rickets must have come from a lack of vitamin D (which is found in sunlight) absorption. “It is interesting that in previous times socially highly ranked people avoided sunlight exposure, and particularly darkening of the skin. Aristocrats were expected to have white, pale skin, whilst laborers were expected to have suntans. This also applied to small infants, who, like the Starhemberg infant, were at risk of developing rickets due to the lack of ultraviolet rays on their skin,” write the authors.

After establishing the probable cause of death, the team turned their attention to finding the child’s identity. The clothing showed that he had been buried in a long, hooded coat made from silk. He was also buried in a crypt exclusively reserved for the powerful Counts of Starhemberg.

Land title-holders (typically first-born sons in the family) and their wives were buried in this crypt. Radiocarbon dating of a skin sample suggest that the boy was buried between 1550-1635 CE and is likely the first-born son of a Count of Starhemberg. According to historical records detailing the management of the crypt, the burial likely took place after a renovation around 1600 CE. He was also the only infant buried in the crypt.

“We have no data on the fate of other infants of the family,” Nerlich said, regarding the unique burial. “According to our data, the infant was most probably [the Count’s] first-born son after erection of the family crypt, so special care may have been applied.”

By using the winning combination of science and history, it’s believed that these are the remains of Reichard Wilhelm, the first-born son of a Count of Starhemberg. The child was buried along alongside his grandfather and namesake Reichard von Starhemberg.

Since this study involved human remains, it had to be approved by the Diocese of Linz, Upper Austria and local church authorities. The head of the still-existing family branch consented to the research.