Remembering Monty and Rose, the Chicago shorebirds that became the face of a movement

The birds' legacy will endure through restoration efforts for endangered Great Lakes wildlife. 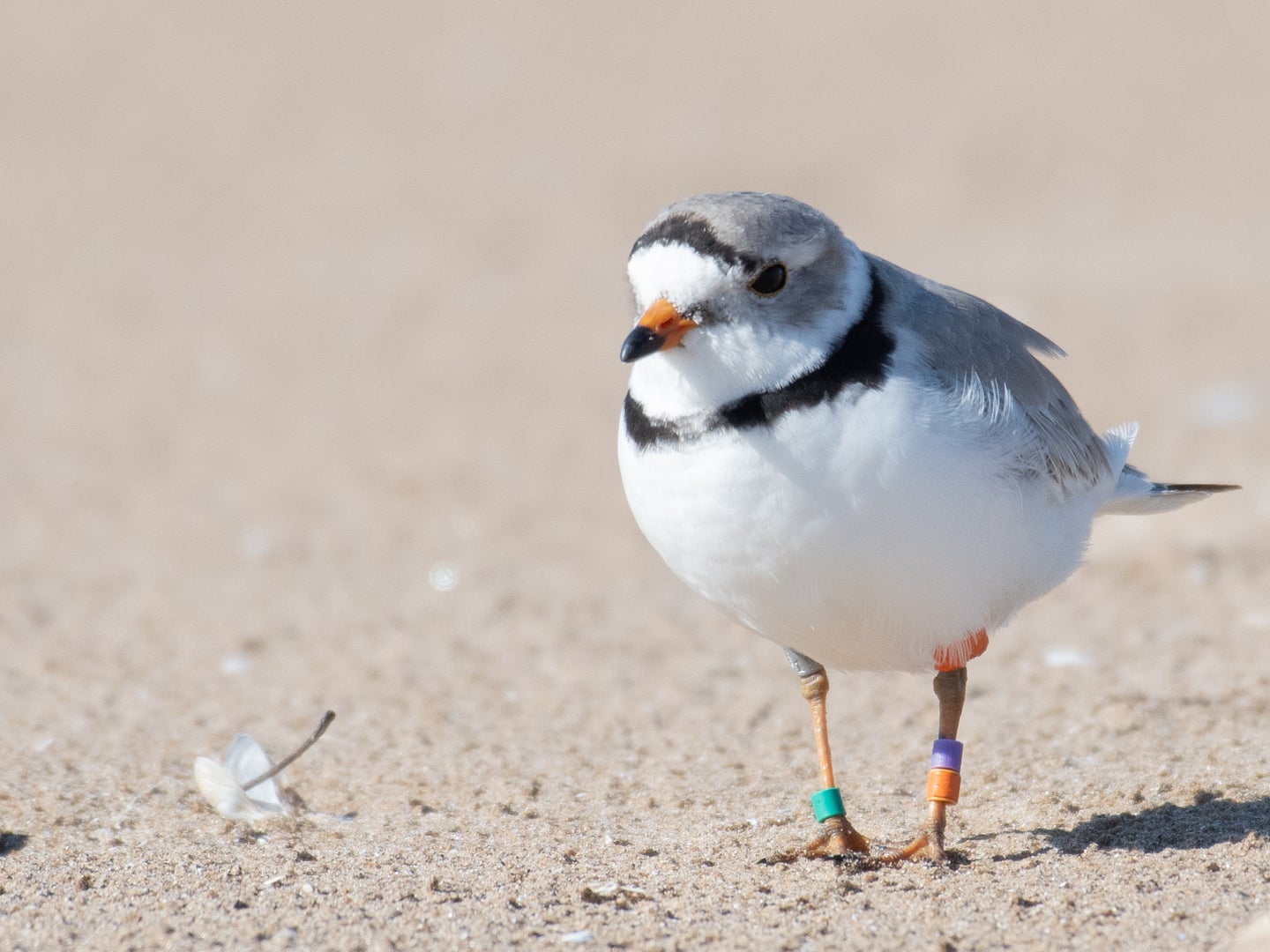 The piping plover is a sight to behold on a sandy coast—if you can even spot it. Its delicate, 7-inch frame is small even within the shorebird family, and its muted feathers match the sand it nests on. Unfortunately, the bird’s preferred breeding grounds have been under duress around the Great Plains sandbars, Atlantic Coast, and Great Lakes shores. This has led to the coastal populations being listed as threatened, while the inland populations are considered endangered.

This species’ struggle against human activity and flooding makes the story of Monty and Rose, a celebrity plover couple from the north side of Chicago, that much more important. After nesting and summering on Lake Michigan for three summers, this May, Monty unexpectedly died from a fungal respiratory infection. Rose has also not been seen since she flew off to Florida last winter. Still, their story has continued to resonate nationwide in birding circles and locals’ hearts.

Monty and Rose found their home on Chicago’s Montrose Beach in 2019 after failing to mate in a suburban parking lot. Their choice of real estate was unlikely for several reasons. Before them, no piping plover had built a nest in Chicago in more than 70 years. When dedicated conservation efforts began in the 1980s, only 11 to 14 pairs of the birds even lived on the Great Lakes, all within the state of Michigan. (Today there are roughly 70 across all five lakes.) In addition, Montrose Beach is a popular urban beach for swimmers, kayakers, volleyball players, and even a planned 2019 music festival that was canceled out of concern for Monty and Rose.

Sarah Saunders, a quantitative ecologist with the National Audubon Society who has worked with piping plovers since 2010, says that the birds might breed in high-traffic areas for numerous reasons. They typically begin nest-building in mid-April before summer weather draws out beachgoers. Once their eggs are laid and hatched, large crowds of people keep predators like falcons at bay. “There’s not a shortage of predators that will go after plover,” Saunders says. “And if we don’t locate a nest and put an exclosure on it, a lot of those predators go after the eggs.”

With their proximity to Chicagoans, the mating pair generated a buzz in the city almost on arrival. Bob Dolgan, a local filmmaker, produced a documentary about the Cook County couple after recording the beginnings of Monty’s mating behavior.

“It just was kind of mind boggling to me that these birds are going to attempt to nest there on the beach, which is probably the busiest in Chicago,” Dolgan says. “That was really how it started. The story just snowballed from there.”

Both Dolgan and Saunders agree that the outpouring of support in Chicago was incredible to see. Every piping plover nest across the Great Lakes is monitored by a network of volunteers and employees from Audubon societies, state natural resource departments, the US Fish and Wildlife Service, the National Park Service, Birds Canada, universities, and more. Saunders describes the effort to protect the nests as “incredible,” with plover pals tracking chicks, educating beachgoers, and installing exclosures to deter predators. Dolgan says that there was no shortage of Chicagoans ready to spend their days watching over Monty and Rose.

“That’s one of the astonishing things to me, as someone has been involved in a lot of nonprofit causes and organizations through the years,” he adds. “It just was so exciting to so many people that it just has never been hard to find volunteers, which I think says a lot about Chicago’s conservation community.”

[Related: The future of American conservation lies in restoration, not just protection]

The enthusiasm sustained the avian couple through many successful breeding seasons. The birds faced a storm with gale-force winds in June 2019, and years of unpredictable water levels in Lake Michigan. Still, Saunders remembers that through any threat (including when volunteers put ID tags on chicks), Monty would always defend his family. “He clearly was very dedicated,” she says.

Although Monty and Rose are no longer around, Saunders has been moved by the Chicago camaraderie and support for the birds. She says that in her travels, people states away know the piping plovers’ names and now understand the importance of the species. “They’ve contributed offspring genetically to the population, which as a scientist, [is] something we’d love to see,” she notes. “But it’s also what they’ve done in terms of outreach and education for people, too. And even though they’re gone, that doesn’t mean that other future plovers won’t find Montrose Beach and nest there again.”

Compared to when Monty and Rose first arrived on Lake Michigan’s shores, piping plovers in the area now have a dedicated, educated fanbase. The Great Lakes Restoration Initiative, a multi-agency protection plan for the region, has helped nurture the piping plover population from fewer than a dozen annual mating pairs up to 75. The USFWS wants to reach 150 breeding pairs.

As dozens of baby piping plovers scurry over beaches, Saunders says that people grow more excited and knowledgeable about the species. “That’s only going to help continue their recovery and help us reach the federal goal over time,” she says. Monty and Rose’s story helped fuel what Saunders calls “the plover fever,” still spreading through the documentaries, shirts, and tributes of the small birds’ giant community.