Where The World Lives, By Latitude [Infographic]

Most of us live 27 degrees north of the equator, give or take. 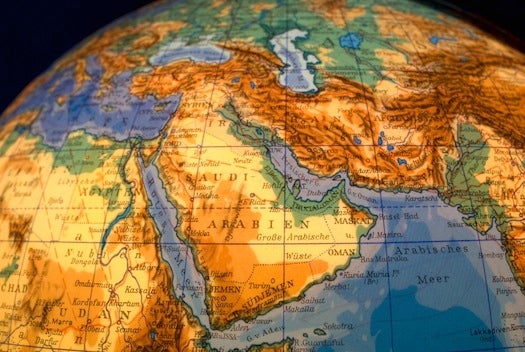 We live in a world divided by a coordinate grid, which means data visualizers can do cool things like plot population by distance from the equator. Below are two such maps, by Bill Rankin, that overlay population of the world with the latitude and longitude at which people live. 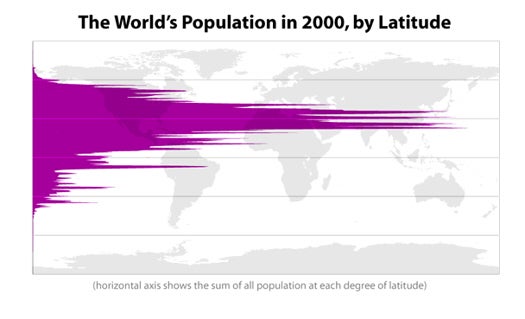 World Population in 2000, by Latitude 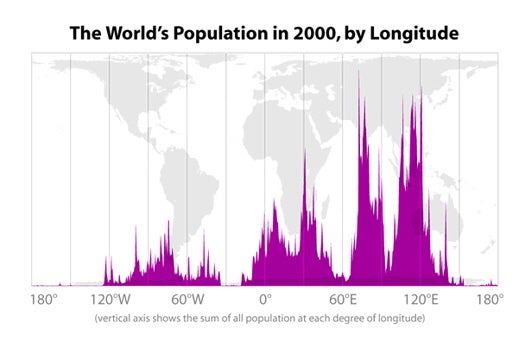 World Population in 2000, by Longitude

The results are not terribly surprising: Most people live in the northern hemisphere and eastern hemispheres, which puts the lion’s share of the world’s population…squarely in Asia. Some of this is the fault of geography—there’s simply more land north of the equator than south of it.

That’s not the whole story, of course. While there’s a slight spike for Northern Europe, the vast lands of Siberia imply more people should live there. Instead, other factors are at work, like the unusually warm waters of the gulf stream that make Western Europe more hospitable than their eastern counterparts. There are plenty more interesting spikes in population to be found and pondered.