What The Future Will Look Like, According To Famous Science Fiction [Infographic]

Still hoping for an Internet that's accessible via your brain in 2020. 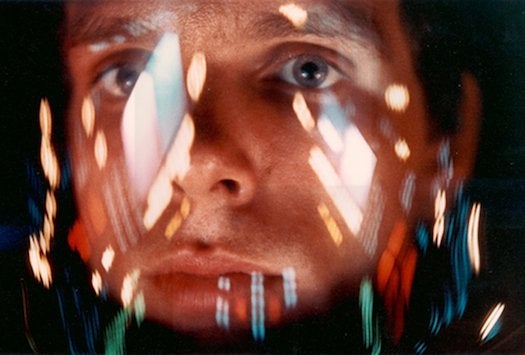 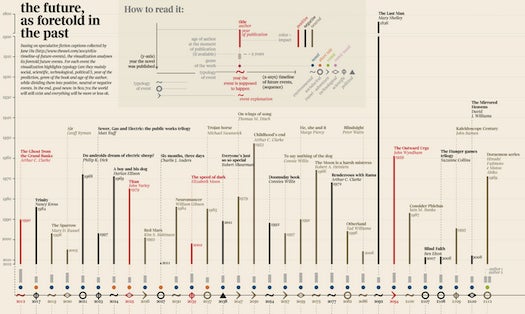 Our science fiction isn’t always on the nose. 1984 didn’t look exactly like 1984, and 2001 didn’t bring us the kind of Space Odysseys we envisioned. So forgive us for being skeptical about predictions pegged to dates that haven’t been reached yet–the subject of this terrific visualization by Italian designer Giorgia Lupi.

The infographic, illustrated for Brain Pickings, shows predictions for the future, built around science fiction novels, stories, and comics. It’s organized by year of publication on one axis and year of the work’s prediction on the other. Predictions start at 2012 and go all the way to 802,701. 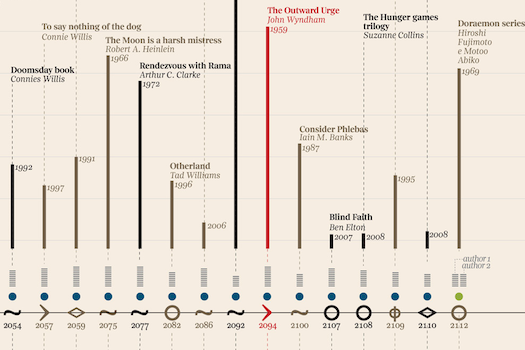 It also marks the author’s age at the time of publication and classifies stories by subgenres (is this environmental sci-fi or political sci-fi?). The works are color-coded to show what kind of an impact the prediction had on the fictional world: Brave New World was, you know, bad, so it gets shaded in black; William Gibson’s Neuromancer is relatively neutral, so it’s represented with a brownish color.

A lot fits into the infographic, so you’ll want to take a closer look. See a zoomable version at Brain Pickings.