As global warming softens ice in the arctic, Russia hopes to carve new sea lanes with the biggest 'universal' nuclear powered icebreaker the world has ever seen. 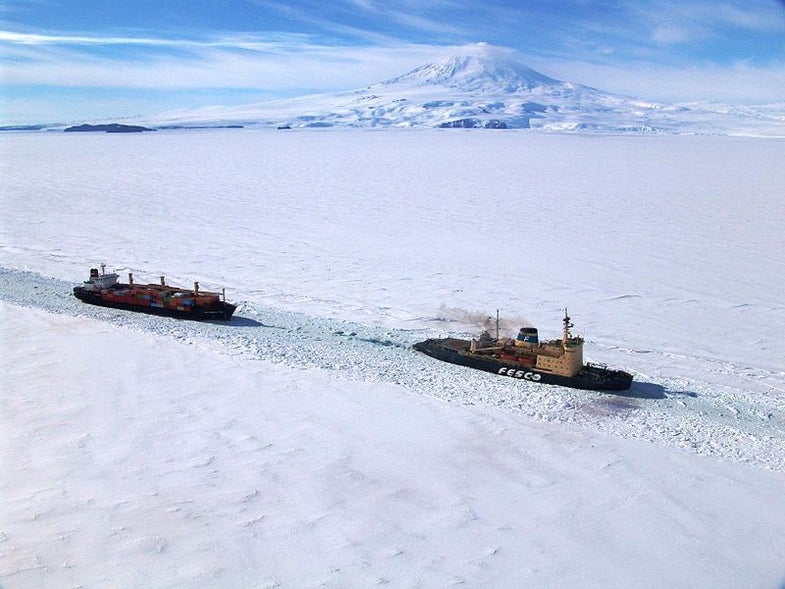 Russia already has a huge fleet of both diesel-powered and even nuclear icebreakers, but it recently penned an order for something the world has never seen before: a massive new 558-foot long, dual-reactor nuclear icebreaker that will be 46 feet longer and at least a dozen feet wider than any other icebreaker in its fleet. Powered by two 60-megawatt compact pressurized water reactors, it will be the world’s largest “universal” nuclear icebreaker.

This isn’t Russia’s first foray into nuclear-powered seagoing vessels of course. The hulking next-gen icebreaker will be built by Rosatomflot, the builder of the rest of Russia’s atomic fleet, which already includes about six nuclear powered icebreakers. The country is also planning to build a somewhat controversial floating nuclear power station that will employ the same RTM-200 pressurized water reactors as the icebreaker.

The primary difference here is that this new icebreaker, though bigger and more powerful than other nuclear- and diesel-powered ships in the fleet, will also be able to alter its draught (its depth below the water line) from between 28 to 35 feet via huge ballast tanks. That means it will be able smash its way through ice in the open waters north of the Asian continent as well as navigate shallower rivers throughout Siberia that would take it deep into Russia.

Justifying the $1.1 billion price tag: climate change. And oil. Arctic ice has already melted to the extent that shipping has increased along the lanes that connect Europe to Asia. And Russia has been aggressively trying to prove the extent of its continental shelf into the Arctic, where vast untapped energy stores are thought to be hiding in the currently-inaccessible seafloor. A massive nuclear-powered icebreaker that doesn’t require refueling for seven years at a time would certainly go a long way toward helping the Russian state access those Arctic energy reserves.

That is, as long as they don’t awaken the giant fighter-jet-flying, nuclear-armed, planet-destroying race of polar bears sent from space to protect them.