Wi-Fi isn’t always practical–in places like hospitals or labs, for instance, where radio transmitters are prohibited–and physical USB cables can... 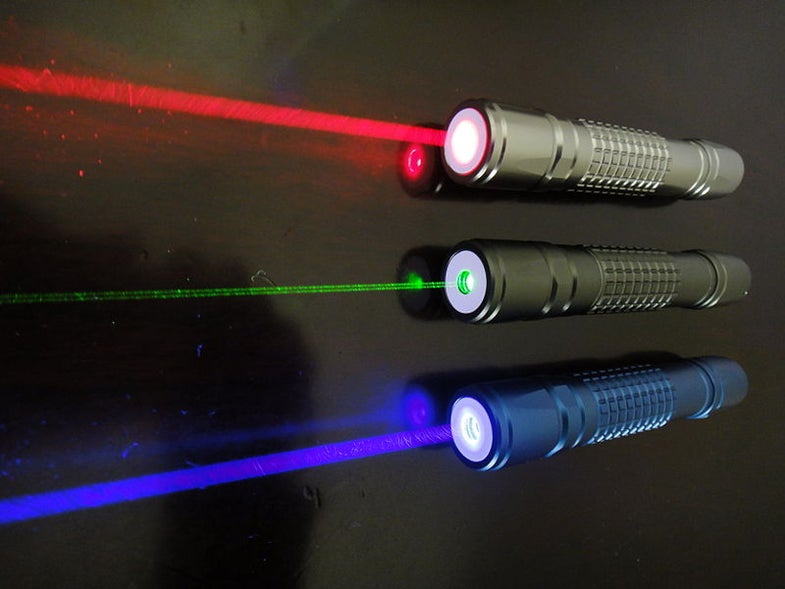 Wi-Fi isn’t always practical–in places like hospitals or labs, for instance, where radio transmitters are prohibited–and physical USB cables can be slow and cumbersome as well. So engineers at National Taipei University of Technology have built a low-cost, easy to implement optical setup that can beam data across rooms twice as fast as USB 2.0 technology using conventional laser pointers.

The simple setup costs only about $600 to build and employs the green and red laser pointers typical to the conference room presentation. By replacing the batteries in the lasers with a power sources that can switch them on and off rapidly–500 million times per second rapidly–a two-laser rig can beam a billion bits per second across roughly 30 feet (that was the distance in a recent demo, anyhow) wiht an error rate of less than one bit per billion, New Scientist reports.

Combined, the signals roughly double the data rate of USB 2.0 or Wi-Fi, and could link together systems in portable labs or medical centers, or simply make it easier to set up networks in places where radio signals might interfere with other equipment. Atmospheric interference make the system unfeasible for long distance, outdoor deployment, but for node to node data-swapping a $600 high-speed, through-the-air optical setup could come in handy.