Aliens Exist, and We Should Avoid Them At All Costs, Says Stephen Hawking

Stephen Hawking believes we should fear aliens, which would probably come to Earth in search of resources and bent on... 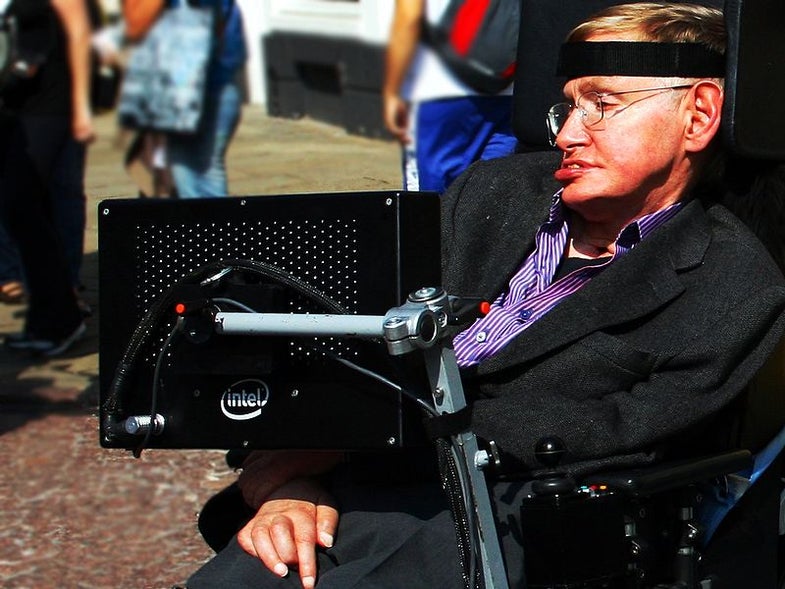 Stephen Hawking believes we should fear aliens, which would probably come to Earth in search of resources and bent on our destruction.

The venerated cosmologist says in a new Discovery Channel series that he thinks aliens exist, but we should do everything we can to avoid meeting them. Any life intelligent enough to find us would probably be seeking resources, he says. And that would likely be bad news for humans.

“We only have to look at ourselves to see how intelligent life might develop into something we wouldn’t want to meet,” he says.

Among billions of galaxies, each containing hundreds of millions of stars, Earth is probably not the only place where life evolved, he says. To my mathematical brain, the numbers alone make thinking about aliens perfectly rational,” he said. “The real challenge is to work out what aliens might actually be like.”

The documentary offers several possibilities, including herds of two-legged herbivores grazing on an alien cliff-face where they are picked off by flying lizard predators, reports The Times of London. Another clip shows fluorescent aquatic animals forming vast shoals in the oceans of Europa.

Hawking, 68, spent three years working on the documentary, which highlights his thinking about several topics, the Times reported.

He’s previously spoken in favor of human colonization of other planets, arguing it would ensure the human race would survive nuclear war or asteroid collisions that could make Earth uninhabitable. But he says aliens with the same motivations would probably not be trustworthy.

“If aliens ever visit us, I think the outcome would be much as when Christopher Columbus first landed in America, which didn’t turn out very well for the Native Americans,” Hawking says.

I, for one, would welcome our new alien overlords.