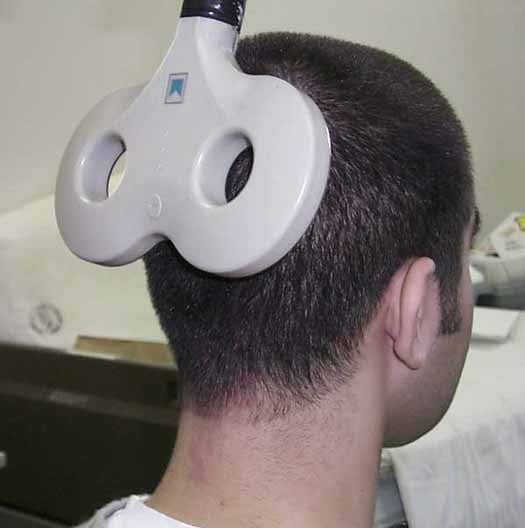 Moral judgments often have less to do with outcome and more to do with intention. Take murder, for instance: The U.S. legal system makes distinctions between a crime committed in the heat of the moment and one that is planned ahead of time. But moral judgments may not be as sacrosanct as we believe: MIT scientists have shown that they can alter our moral judgments simply by magnetically interfering with a certain part of the brain.

Studies have shown that the right temporo-parietal junction (TPJ) lights up with activity when we engage in moral judgments like evaluating the intentions of another person, indicating the region is important to making moral decisions. But while we like to think we’re very consistent in our morality, the MIT team showed that an electromagnetic field applied to the scalp impairs our ability to evaluate the intentions of others, leaving us with little by which to hand down a moral judgment.

The study relied on non-invasive transcranial magnetic stimulation (TMS) to interfere with the right TPJ, temporarily impeding the normal firing of neurons in that region. In one experiment participants were exposed to TMS for nearly half an hour then asked to complete a quiz in which they had to judge characters’ actions based on their intentions. In a second test, subjects were hit with a 500-millisecond burst of TMS just as they were evaluating a moral problem.

In both cases, control subjects were able to evaluate the harmfulness and morality of characters’ intentions, whereas those exposed to TMS made judgments based purely on outcome. For example, one common question asked whether or not it was morally permissible for a man to allow his girlfriend to cross a bridge he knows is unsafe, even if in the end she makes it across safely. Control subjects found the intention to do harm morally impermissible, but those exposed to TMS largely based their judgment solely on the outcome; no harm, no foul.

The study not only shows that our morals aren’t exactly incorruptible, but also sheds light on the way the brain organizes and compartmentalizes moral decision making. It also reinforces something we all know intuitively to be true: finding the difference between right and wrong is rarely as simple as it sounds.