While scientists have become rather adept at transforming generic skin cells into specialized organ cells, crafting the organs themselves has... 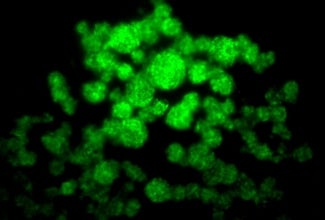 While scientists have become rather adept at transforming generic skin cells into specialized organ cells, crafting the organs themselves has proven far more difficult. Since the 3-D architecture of most organs is as important to their function as their cellular makeup, 2-D cell cultures are not very useful for building a replacement heart from scratch. To solve that problem, most organ makers create a scaffolding for the cells to grow on.

For a team of researchers at Rice University, even a biodegradable scaffolding wasn’t good enough. By injecting cells with a metallic gel, the researchers have succeeded in suspending cultured cells in a three-dimensional magnetic field. With this magnetic scaffolding, organs can be grown in the right shape, and with no foreign material.

Cells Floating In a Magnetic Field

The researchers used bacteriophages, special viruses that inject themselves into cells, to insert a polymer iron oxide gel into brain cancer cells. Once the cells absorbed the magnetic gel, the Rice scientists levitated the cells in a weak magnetic field. And since cells naturally live in a 3-D space, not a 2-D culture, the brain cancer cells actually behaved more normally while suspended in the magnetic field then they did when in a cell culture.

The obvious next step involved programming detailed magnetic fields that float stem cells in the exact spots needed for them to grow into a full organ. To that end, the researchers have sold the technology to the company n3D Bioscences. Whether or not this process leaves your replacement organ magnetic, and how that will affect getting through airports, remains to be seen.