For Booze Without Hangovers, Fortifying Liquor With Oxygen Might Be the Key

The effects of alcohol are generally pleasant until they’re not anymore, at which point they become blindingly painful and, in... 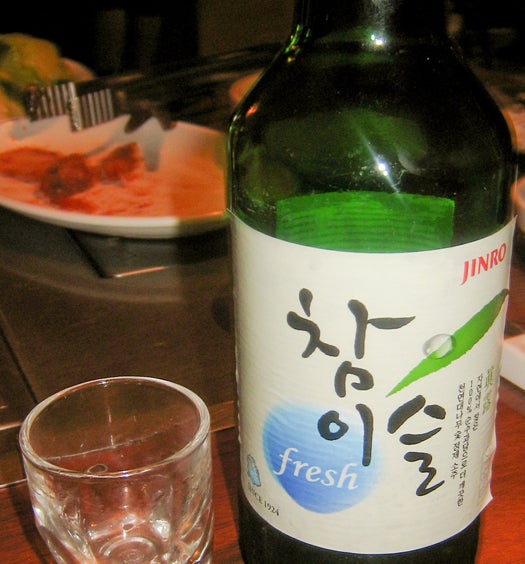 The effects of alcohol are generally pleasant until they’re not anymore, at which point they become blindingly painful and, in some cases, quite dangerous. Whether or not a hard-partying type is struck by a crippling hangover or a sudden desire to text his or her ex is generally dependent on how that individual metabolizes and eliminates alcohol in his or her body. A new study suggests that we could quite easily engineer our tipple to help us break down alcohol faster, reducing that morning-after sensation of intense pain (or intense regret) by simply adding more oxygen to our booze.

The body metabolizes ethanol through a series of oxidization reactions that reduce it to water and carbon dioxide for easy processing. A handful of enzymes are responsible for this critical step, but those enzymes are worthless without oxygen to kick the reactions into gear. So the idea is simple: more oxygen, better oxidization, fewer hangovers.

To test this hypothesis, researchers ran experiments on three different groups of healthy adults using 19.5 percent alcohol beverages produced in Korea. Drinks with higher oxygen concentrations are already sold in that country and are marketed as feel-good alternatives to conventional booze, though there is no science to back up such claims. The drinks with higher oxygen content sobered the test groups up 20-30 minutes faster on average. That’s a full half hour less time spent clinging to the side of your toilet bowl wondering why you won’t just die already.

The research also attempted to identify a cumulative effect by having subjects consume several oxygen-heavy concoctions over the course of an evening. The result: fewer hangovers in the morning, as the body was better able to break down the alcohol and eliminate it from the system.

Will this interesting bit of bar trivia change anything? While it’s easy enough to oxygenate beverages (it can be done much the same way as carbonation is added to beer) who knows what your favorite microbrew will taste like after it’s pumped full of even more bubbles. We won’t even get into the ramifications of oxygenating a nice bottle of red wine, lest we offend those of you with more refined palettes. There’s also a shelf life issue; beverages can start losing their oxygenation after ten days, putting distributors in a pinch.

But the reduced time between that “one for the road” and sobriety could actually help reduce alcohol-related accidents. And who knows? Workplace productivity might skyrocket if that 9-11 a.m. recovery period were spent working rather than chugging black coffee and sweating through your shirt. You lush.