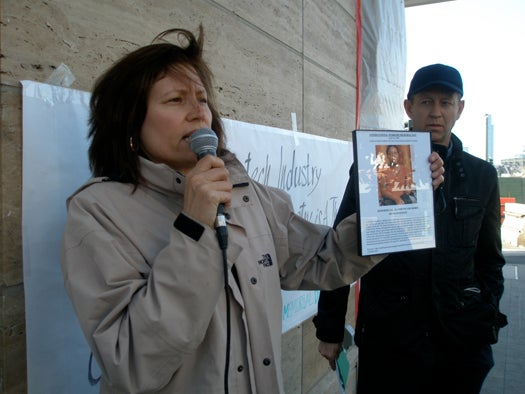 A former Pfizer scientist is suing the pharmaceuticals giant after alleging she contracted an artificial, HIV-like, virus created by a colleague. In her lawsuit, Becky McClain claims Pfizer unlawfully dismissed her while she suffered bouts of paralysis brought on by the man-made virus. Pfizer denies these accusations, and says McClain simply didn’t come to work, and only linked her problems to engineered-disease exposure after she was fired.

According to McClain, researchers in her lab genetically engineered an artificial lentivirus, a class of viruses that also includes HIV. McClain believes that she became infected by the virus due to faulty safety measures, resulting in complete body paralysis as often as 12 times every month.

For its part, Pfizer claims that its facilities maintain the required level of safety, a position that OSHA agrees with. Pfizer contends that they responded to McClain’s initial complaints about the failure of lab safety devices, and that she refused to return to work even after Pfizer offered to transfer her to a different area. Additionally, Pfizer also claims that McClain’s illness could not have resulted from the escaped virus, since it was not engineered from a human virus, or with the genetic code needed for reproduction and infection.

Most likely, we will never know if it is Pfizer’s virus that caused McClain’s health problems. The court case will focus mostly on safety procedures in the laboratory, not on what exactly from the lab caused the illness. Also, Pfizer refuses to release the genome of the suspected virus, preventing both identification of the disease, as well as the development of a possible cure.