Well, “composes” might be a little bit of a stretch. Really it’s more like a robotic cover band: the robotic... 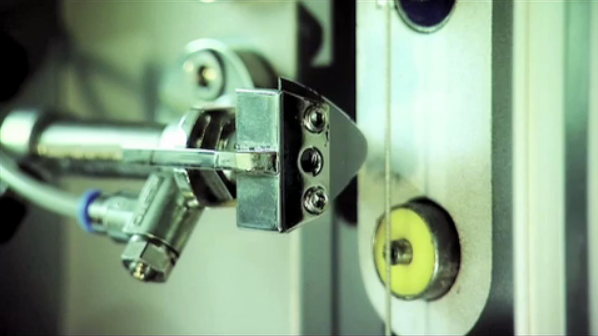 Well, “composes” might be a little bit of a stretch. Really it’s more like a robotic cover band: the robotic system listens to a musician play a tune and then breaks it down into a five-part version that, while it differs from the original, still “retains the essence of the composition.” The baroque music played here is nice enough, but we’re left to wonder why nobody thought to play the robots some R. Kelly.

The five discrete robots work together in a system devised by Festo, a German engineering firm (previously responsible for this thing that propels itself by flipping inside out and this super-strong, super-precise robotic arm). Each only has one string, with an actuator acting as a “finger” pressing down the string, but the tones are designed to mimic a traditional string quintet–two violins, and one viola, cello, and double bass. It’s certainly less terrifying than this robotic singer.