Despite creative acoustic design, concert halls can’t be one-size-fits-all places — all music is different, and some things may just... 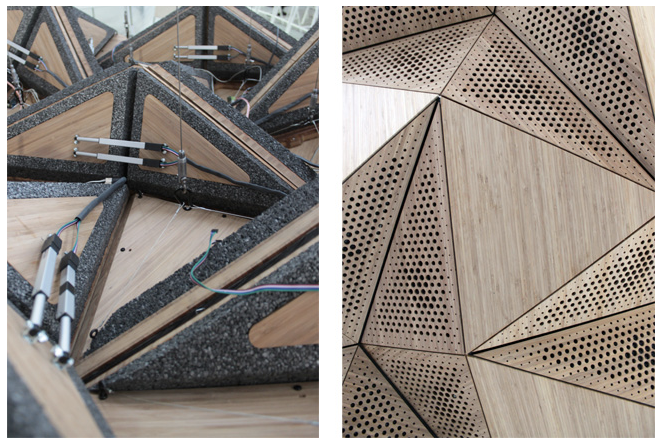 Despite creative acoustic design, concert halls can’t be one-size-fits-all places — all music is different, and some things may just sound better than others in a given location. But this new concept could change all that, morphing the shape and size of ceilings and walls to dynamically adapt to the sound of performers and individual performances.

Design firm RVTR is working on a concept called Resonant Chamber, which works sort of like origami. Tessellated patterns of triangles cover the ceiling, forming “clouds,” and are controlled by linear actuators, which can be activated to change their arrangements. The ceiling would have three types of panels, Fast Co. reports: Bamboo plywood to reflect sound, porous plastic to absorb it and a hollow panel with a loudspeaker inside to broadcast it.

RVTR already built a prototype of the design and is now working on a second-generation version that can adapt to live sound in real time. It would use sound-processing software to track sound waves, and could amplify or augment them according to the performance. A band could use the ceiling’s reflection and speaker capabilities to add reverb to certain songs, for instance, or an orchestra or choir could amplify melodies automatically. Plus think how cool it will look to have a living, changing ceiling pulsating to the beat along with the stage lights.

The company aims to build a 1,000-square-foot installation next, Fast Co. reports. Check out their video below. 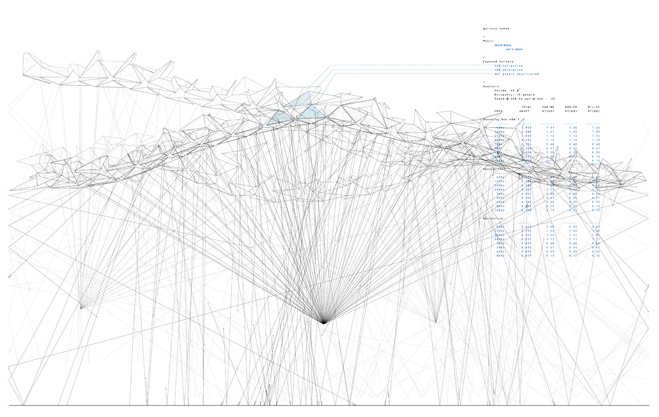 This map shows acoustic reflections, depending on the configurations of the Resonant Chamber ceiling panels.