This Robotic Tank Wants To Kill Mosquitoes With A Laser

Blows your puny bug zapper away 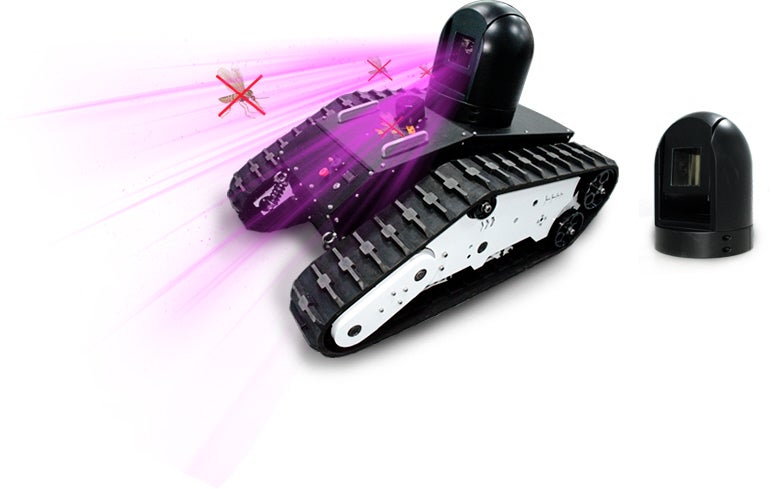 This is a tiny robot tank with lasers for killing mosquitoes. LeiShen Intelligent
SHARE

Flyswatters are a primitive tool from a more primitive age. Anyone wanting to go to war against mosquitoes in the 21st century needs lasers. No, really. Lasers. Even lasers on tiny anti-mosquito tanks.

Rotor wrote up the Laser Movable Mosquito Killer Robot for Quill or Capture, a blog covering odds-and-ends that fall on the periphery of Shephard Media’s usual defense coverage.

This bug-killing robot is made by LeiShen, a Chinese company that makes laser navigation tools for home robots. Rotor reports:

It takes many more seconds for much more powerful military lasers take seconds to burn through trucks and drones.

But mosquitoes are tiny tiny creatures, so here the challenge is less “can the laser kill the mosquito” and more “will three dozen mosquitoes obligingly line up in the laser’s path to get blasted?”

The Laser Movable Mosquito Killer Robot (a name I will never tire of writing) is certainly a novel solution to mosquito-borne illnesses. Defeating the pest is a long-running human ambition. Maybe it is finally lasers that will blast mosquitoes out of existence for good.

Read the full story at Quill and Capture.