Robotic Lego Sisyphus Is All Of Us

Delegate your eternal torment to robots instead 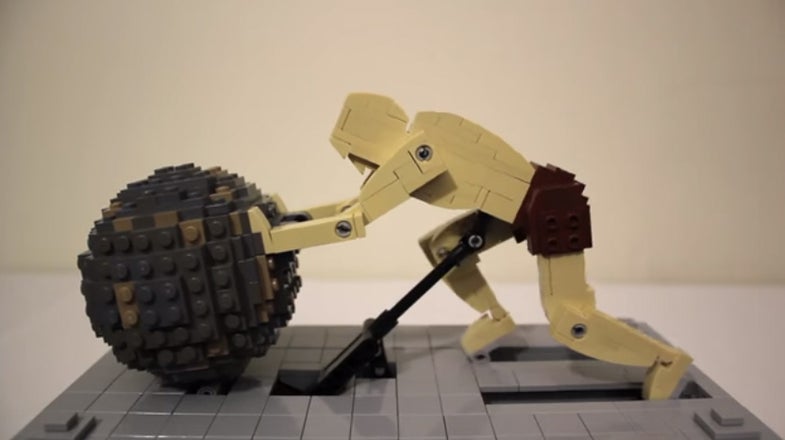 What is the appropriate consequence for outwitting Death? The ancient Greek myth of Sisyphus tells us: eternal drudgery. The clever king, after outwitting Hades twice, was sentenced to an eternity of hard, repetitive labor: pushing a boulder up a hill, only to have it come tumbling down every time it reaches the summit. It’s a dark tragedy, a cruelly fitting punishment from ancient gods. But that was millennia ago. What’s the best way to get out of such a sentence today? Make a Lego robot push the boulder instead, for all eternity

The kinetic sculpture, built by Jason Allemann of JK Brickworks, stars a plastic version of the former Corinthian king, pushing eternally against a gently bobbing boulder. The robot walks in place but seems to heave with frustration, a fitting tribute to his eternal torment.