Want to capture stunning sound anywhere? Start by learning how to build a mobile recording rig and you can take your production on the road. 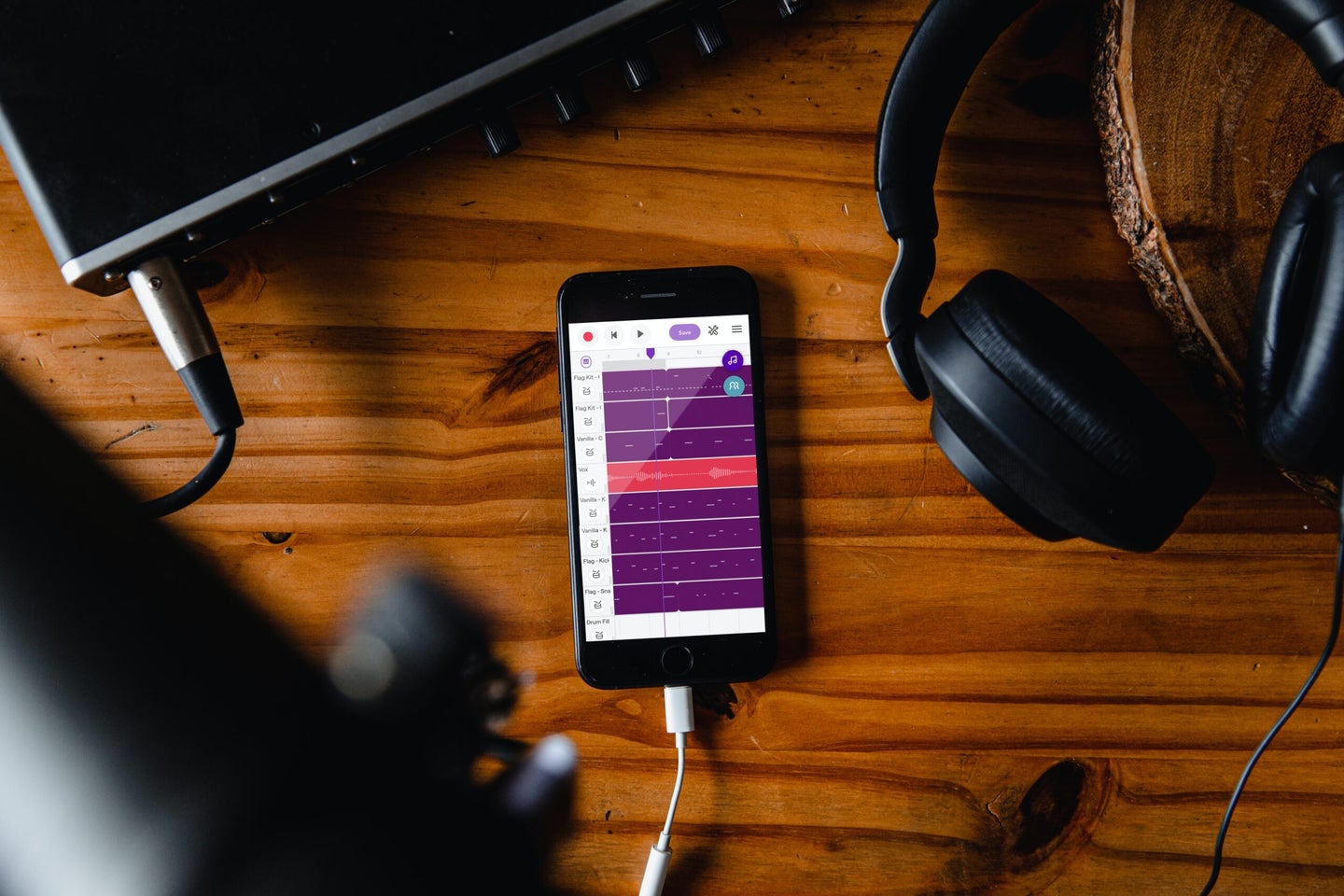 Don't just phone it in ... it's not hard to build yourself a proper mobile recording rig. Soundtrap, Unsplash
SHARE

Creative souls know that inspiration can strike anytime, anywhere. Whether you’re a musician, podcaster, YouTuber, or recording engineer, downsized digital recording equipment makes it easier than ever to capture a sonic spark whenever and wherever it ignites. The great news is you don’t need much technical expertise to learn how to build a mobile recording rig, as we’ll show you.

Years ago, owning a portable recording rig meant schlepping around what felt like a truckload of gear (sometimes literally—see, for instance, the Rolling Stones’ infamous mobile rig sessions for “Exile on Main St.” in the South of France). Now, anyone with a smartphone is essentially walking around with a studio in his pocket. Even artists like Kendrick Lamar and Kanye West have laid down epic tracks on iPhones and iPads.

It doesn’t take much gear to capture sound on location. You can certainly get away with just dropping your phone on a table and hitting Record. But, if you’re reading this, you’re likely striving for better quality than that, so here’s our guide for getting the best take even when you can’t take a lot with you.

How to build a mobile recording rig that grows with you

While you can do advanced audio production on a laptop or mobile device that’s tricked out with virtual instruments, effects, and recording software, we’re focusing in this article on the simplest mobile rigs for straightforward sound capture. If you have a smartphone or tablet, you’re already halfway there. But by adding just a few pieces of equipment, you’ll be on your way to recording professional-quality sound.

Do you want a very basic system to do simple grab-and-go sound captures or something more advanced that will let you do things like multitrack recording and overdubs? Think about track count and inputs. Will you be recording speakers or music? Knowing this will help you narrow down the best microphone for vocals. Will you be working in areas without AC power? Look for battery-powered devices. Aim for ease of transferability, the ability to bring your files into your home recording system to edit your work. If you’re making videos, look for systems with video capabilities or that can sync to video.

Nothing but the basics: The ultra-minimalist mobile rig

If you can only add one piece of gear to your phone or tablet rig, make it a microphone. Even the most basic external mic is a vast improvement over your device’s tiny internal mic, which distorts easily and is not designed for full-bandwidth recording. The simplest choice here is a USB microphone, which can plug directly into Android phones using an On-The-Go (OTG) adapter or on iOS devices using a Lightning-to-USB camera adapter.

While recording directly to your mobile device is convenient, broadcast-quality 24-bit/48 kHz audio takes up a lot of space—we’re talking about a gigabyte per hour of stereo recording—so if you don’t want to eat up limited device space, consider using a digital recorder such as the iZotope Spire Studio rechargeable wireless interface/recorder, which has inputs for mics and instruments and intuitive features like automatic level check.

This kind of bare-bones rig is a great starting point (really, anything that gets you out there in the first place is a win) but incorporating a few pieces of dedicated hardware will give you even more flexibility and significantly improve the quality of your recordings.

The building blocks of a mobile recording rig

At its simplest, a remote recording rig includes just a few key elements: a way to capture sound; a way to store sound; a way to transfer sound somewhere else; and a way to hear what’s being recorded. This translates to a microphone, audio interface, a recorder (either your device or a dedicated standalone recorder), and headphones.

If your budget is limited and you’re packing light, bring along a single multipurpose microphone that will perform well in a range of sonic scenarios. Many different types of microphones have variable pickup patterns, letting you focus on a single sound source in front of the mic or capture all ambient sounds around you.

USB microphones house a traditional microphone and add a built-in preamp and analog-to-digital converter, which means they can plug directly into a computer or mobile device. USB mics are plug-and-play simple and often have volume and pattern controls and other functions right on the mic.

Dynamic microphones are ideal for remote recording situations because they can handle high sound input, they tend to be a little less sensitive to sonic nuances than some of the best condenser mics (meaning they won’t pick up as many sonic distractions in noisy environments), and they work for just about everything. (And, unlike condenser mics, dynamics don’t require phantom power.)

If you’re looking for a versatile, all-purpose model, check out the Blue Yeti microphone, which features onboard audio controls and three-directional patterns for recording single sources, dual sources such as interviews, or everyone in the room. Or, go for the classic, bulletproof Shure SM58 dynamic microphone, a workhorse handheld vocal mic that’s a standard on stages around the world.

If you’re doing very specific work such as recording your café sessions or narrating travel videos on location, it makes sense to bring along microphones designed for that specific purpose. For capturing stereo recordings of acoustic music performances, consider using a matched pair of condenser microphones; try the Lewitt LCT 040s. For hosted video, consider a discreet, clip-on lavalier microphone such as the RØDE SmartLav+. For capturing location sounds, try a highly directional shotgun mic such as the RØDE NTG1. One word of advice: test your microphones before you take them to any critical sessions to make sure they are optimized for the job and environment at hand.

Connect your sound sources with an audio interface

If you aim to capture professional-quality recordings with your computer or mobile device, you’ll need an audio interface. A dedicated interface will significantly improve the quality of your recordings and give you the ability to connect a range of sound sources. With hundreds of options out there, choices range from the most basic boxes to full-featured interfaces with built-in mixing features and studio-quality microphone preamps.

When choosing an interface, prioritize high-resolution audio quality and flexible inputs. Start by determining how many sound sources you need to connect at once: If you’re capturing a couple of people speaking or ambient stereo recordings, a two-input interface will be fine. If you’re adding more microphones, instruments, and other sound sources, add an extra input for each source and make sure the interface has the correct type of input to connect each source.

Going off the grid? Look for a USB interface if you’re working on a laptop or a battery-powered interface for a phone or tablet rig. Solid two-channel USB interfaces include the Focusrite Scarlett 2i2 and the Presonus Studio 24c; the Zoom U-44 and Yamaha AG03 are ideal for scenarios that require battery power. There are even interfaces specifically designed for livestreaming audio with a connected device, such as the Roland GO:MIXER Pro-X.

Headphones take noisy environments out of the equation

You’ll need a way to reference the audio you’re recording on location. For mobile recording, some sturdy mixing headphones are the best choice: They’re compact and portable and, unlike speakers, a pair of closed-back headphones won’t bleed sound and interfere with what you’re trying to capture. Even better, they provide a consistent audio reference in unpredictable environments.

The best headphones for mobile recording are over-ear, closed-back models, which offer the most acoustic isolation, blocking out noisy distractions while preventing your sound from disrupting folks around you. The Sony MDR-7506 and Audio-Technica ATH-M20X are go-to’s for many remote recording engineers.

The Zoom H6, for example, can record up to six tracks of MP3 or WAV audio files to a swappable SD card, has a built-in X/Y microphone capsule (microphones can be swapped out for shotguns and other mic styles, or extra inputs), and includes four combination inputs to plug in additional mics or other sound sources.

If you prefer to use a simple box to capture song hooks and ideas, basic standalone recording devices—such as the Roland R-07, which is tricked out with a built-in speaker and Bluetooth—are perfect.

If figuring out how to build a mobile recording rig feels daunting, consider getting a mobile recording kit that includes everything you need to get started, including cables and accessories, usually at a better price than the same products purchased separately. You’ll take the guesswork out of the process, and you’ll be up and running in no time.

Simplify things with an all-in-one system

For the ability to do more production on the go, all-in-one recording systems are portable recorders on steroids. These full-featured mobile workstations are like a tiny recording studio in a box, offering everything from sound inputs to mixers to effects.

The Zoom LiveTrack L-8 podcast recorder can record up to ten discrete tracks, with a range of inputs/outputs (I/Os), an 8-channel mixer, built-in EQ and effects. Or, check out the vintage-styled Model 12 from TASCAM, maker of the original PortaStudio cassette multitrack: Features include a 12-input interface, mixer, built-in compression and EQ, MIDI functionality, and dual headphone outputs.

Be ready for anything with the right accessories

Now that you know how to build a mobile recording rig, pack your go bag with a few key accessories that will keep you ready for anything your location gigs dish out. It’s a great idea to carry a few backup high-capacity storage cards. A microphone windscreen and pop filter will help you capture clean tracks in challenging environments. Other essentials: mic cables, a foldable mic stand, USB hub, battery charger bank, USB-to-lightning adapter, extra storage cards, extension cords, power conditioner, a mini flashlight, and gaffer tape.

A note about recording software: Although we’re focusing on straight sound capture here, if you are looking to add production capabilities to your portable rig, some of the best DAW systems are also available in app versions for mobile devices, including Apple GarageBand and Steinberg Cubasis.

Now, go work your magic with your mobile recording rig

When you’re thinking about how to build a mobile recording rig, remember that some of the best recordings in history were captured in funky spaces, as single takes, with everyone performing together. So, prioritize equipment that focus on simple tasks—the most important being capturing clean, clear tracks—so you can stay present and keep your mind on the creative flow. After you record, you can take your files back to your home studio rig to take full advantage of the best production software for editing, processing, adding instrumentation, and mixing it all so you can get to sharing your masterpiece with the world.

Sarah Jones is a Bay Area-based writer and musician who has been chronicling the creative and technical forces driving the music industry for 25 years. She's served as Editor-in-Chief of Mix, EQ, and Electronic Musician magazines and was the live sound editor at Live Design magazine; her articles have also appeared in Gearspace, Keyboard, and Berklee Today, as well as on grammy.com.