Jeremy Fisher spent hundreds of hours on his Rancor cosplay 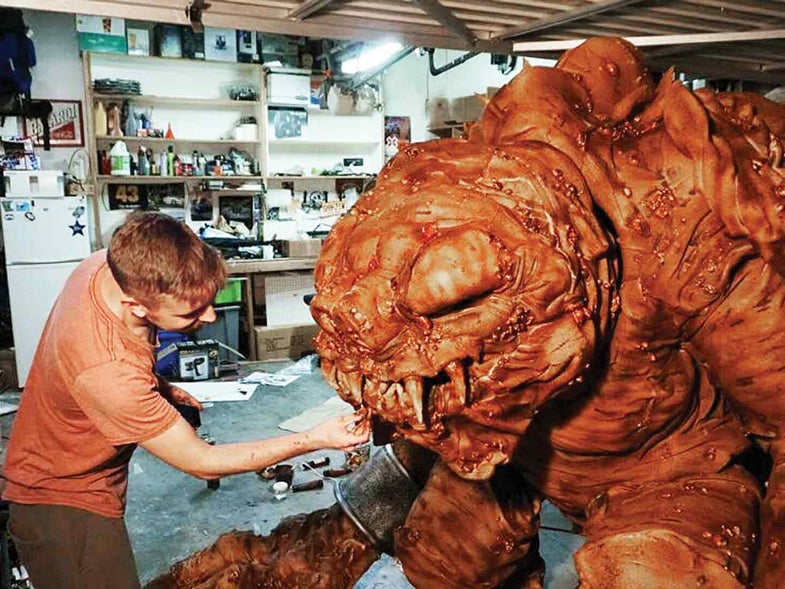 Jeremy Fisher was 11 years old when he designed his first costume: The self-described Star Wars junkie transformed into bounty hunter Boba Fett for Halloween, crafting armor from milk jugs and papier-mâché, and raiding closets for anything resembling a Wookie scalp.

Most recently, the artist and costume fanatic tackled a monster that had defied George Lucas. In Return of the Jedi, an actor was supposed to play the predatory alien Rancor. But the prop didn’t look believable, so filmmakers used a rod-operated puppet instead. “That sparked my imagination,” says Fisher. “The guys who made Star Wars couldn’t even design this costume.” 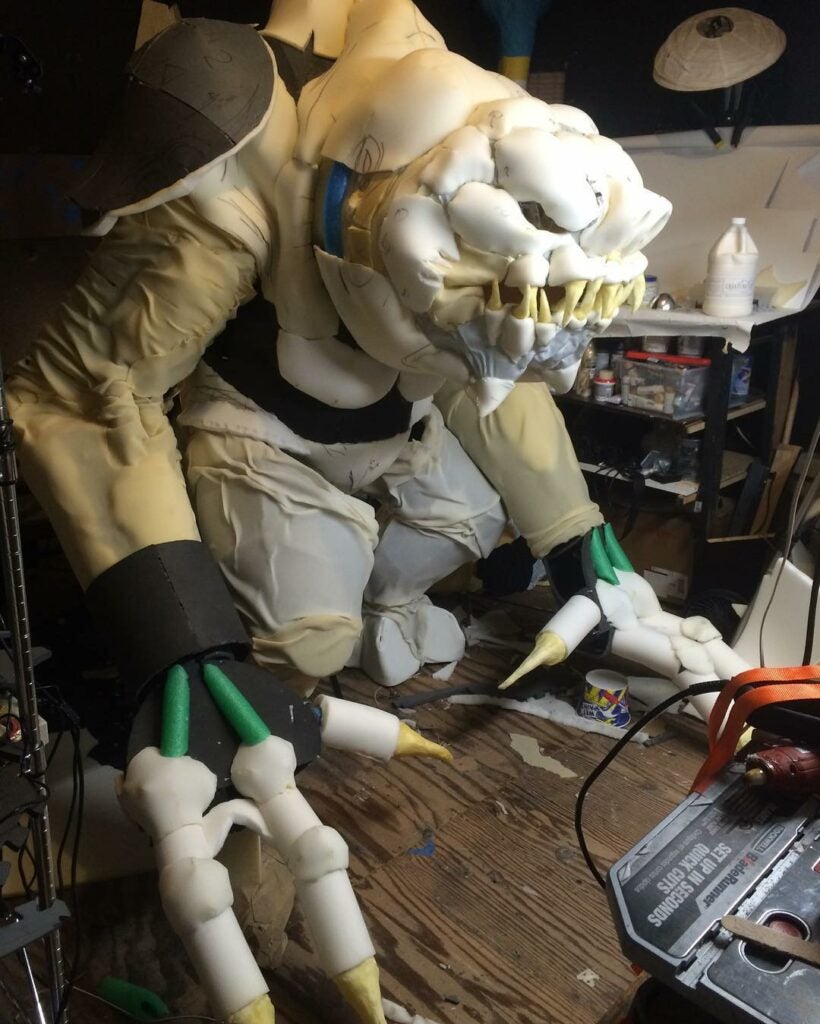 The Rancor costume cost $2,000 and required hundreds of hours of work.

This past April, Fisher began to assemble Rancor in the design studio attached to his Los Angeles home. He first built a T-shaped structure from PVC piping, then fashioned limbs and body from EVA foam normally used to pad floors. For wrinkled, warty skin, Fisher covered the body in poly foam—“the squishy stuff in seat cushions,” he says—and painted it with a spray gun.

In July, after hundreds of work hours and $2,000, he unveiled Rancor at San Diego Comic-Con. Fisher could bear to wear the bulky 60-pound 6-foot-tall costume for only an hour at a time. Wearing the Rancor suit, he says, felt like he “hiked a mountain and ran a marathon at the same time.” But the effort was worth it: “Nothing I have ever made,” Fisher says, “has received as much attention.” 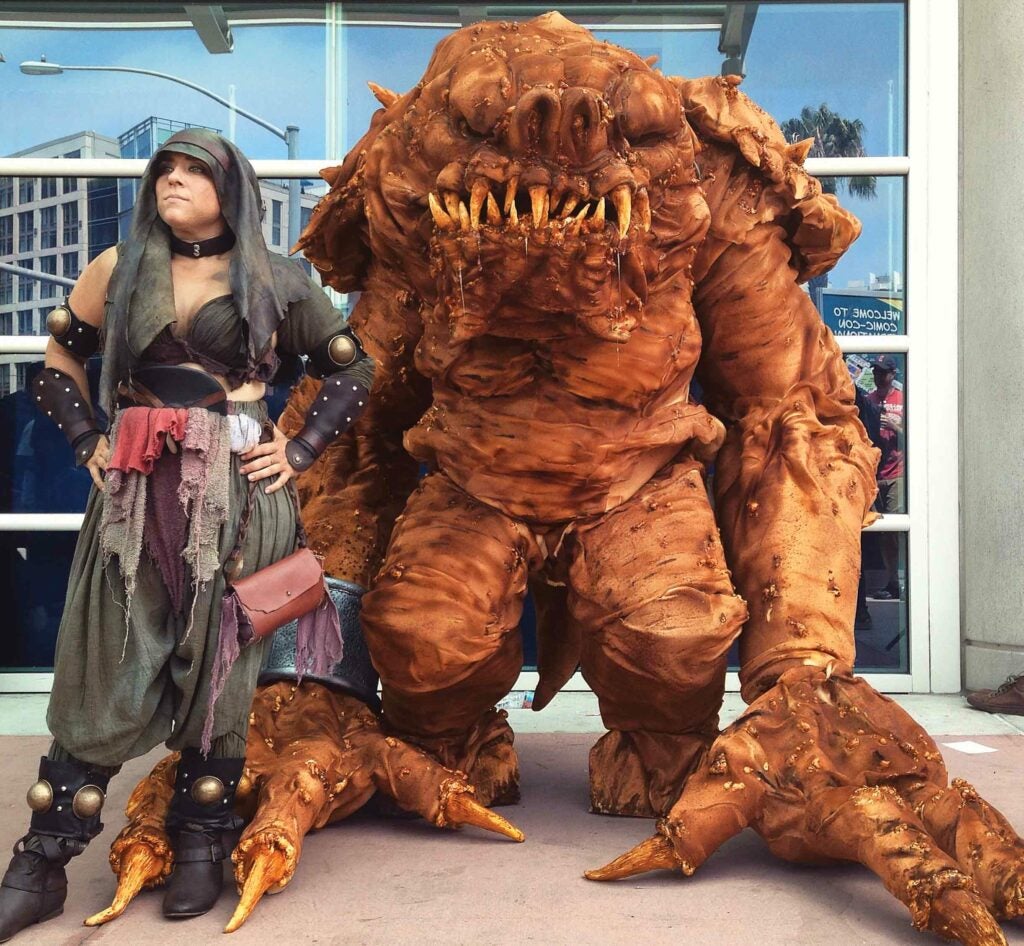 This article was originally published in the November/December 2016 issue of Popular Science, under the title “Revoltingly Real Cosplay.”