How to survive the great whipped cream shortage of 2016

Here's how to make your own instead 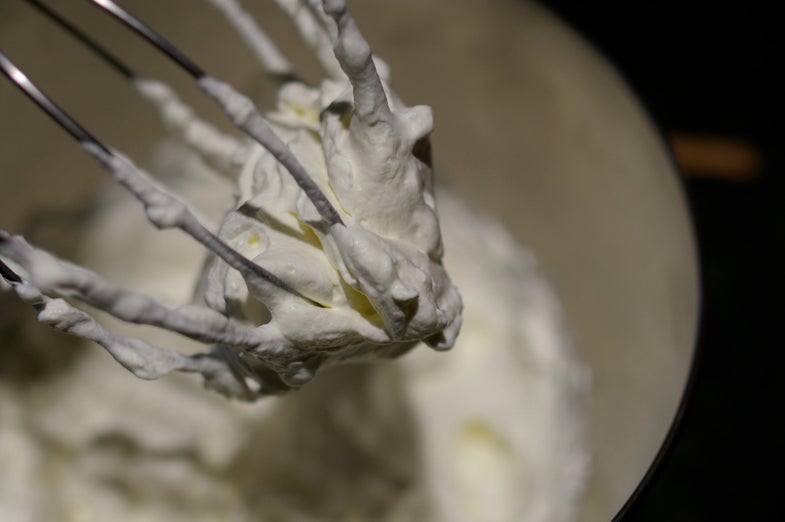 The U.S. is facing a shortage of canned whipped cream. Luckily, you can whip up your own topping at home. Rhett Sutphin on Flickr
SHARE

In August, The Washington Post reports, two trucks and a holding tank filled with nitrous oxide exploded at a chemical plant in Florida, killing one worker and forcing the company, Airgas, to reduce its production of nitrous oxide. The resulting shortage has temporarily halted the production of whipped toppings.

Although we have begun importing nitrous oxide from Europe, it will first go to dentists, who use the so-called laughing gas as an anesthetic. A representative of Conagra, the company that makes Reddi-wip, told the Post that its whipped cream production won’t be back to normal until February.

Luckily, it’s actually pretty easy to make whipped cream at home—even if you don’t own a mixer. We adapted these instructions from two different recipes.