Worn-out chargers endanger you and your device. 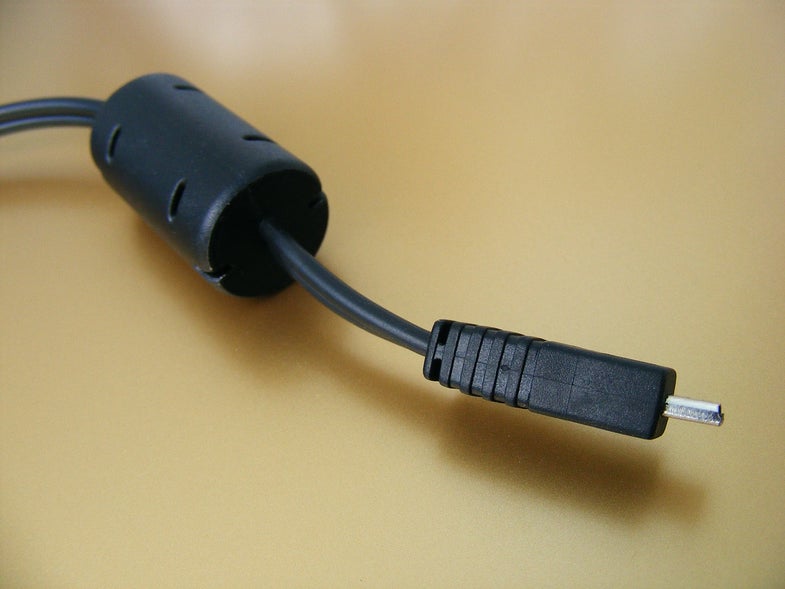 Your laptop charger goes everywhere with you, but all that back-and-forth takes a toll. If your cables start to fray, they become not only unsightly, but dangerous. Here’s how to deal with broken chargers, and protect them from wearing out in the first place.

The danger of frayed cables

We all know how bad a worn-out charger looks. But how much harm can it actually do?

“There are two potential victims—the user, and the device,” says Arthur Shi, technical writer at iFixit. “For users, the biggest danger is electrocution via wall AC current. Fortunately, chances are usually low.” That’s because, when AC current from the wall reaches the power brick, it gets converted to DC power before flowing to your device. Most frayed wires happen on the DC side of the cable—the one that plugs into your computer—rather than the more durable AC side, which plugs into the wall. However, Shi says, “If the AC wire is frayed, you should immediately stop using it and repair or replace it.”

When frayed wires occur on the low-voltage DC side, they won’t pose an immediate danger, but they still carry risk.

“The best-case scenario is that the user wiggles the point and it resumes working,” says Shi. “However, wiggling the frayed area only weakens the wires further and delays the inevitable.” If two frayed wires touch, they could burn out the charger circuitry, or cause damage to the gadget they’re plugged into. Possible outcomes include a fried charging port and overcharged batteries, which can make a lithium-ion-powered device explode. That’s right: Your frayed wire isn’t just a nuisance, it could cause an actual explosion.

So stop fiddling with the wire and throw it away! Or better yet, recycle it at your local e-waste center.

Can I repair a worn-out charger?

Your first instinct may be to slap some duct tape on your unraveling cable and call it a day, but this isn’t a great idea, says Shi. Sure, if you know how to splice a wire, you can repair it yourself and reinforce it with heat shrink tubing. Less proficient tinkerers can take it to a repair shop. But the Electrical Safety Foundation International, a non-profit that promotes electrical safety, officially recommends against repairing broken cables. Besides, given the (usually) low cost of replacements, we’d recommend keeping it simple and just buying a new charger.

That said, don’t buy a cheap, poorly-made third-party charger, warns Shi. Shoddily-made cables can be just as risky as fraying ones. “This is especially true for laptops,” he says, “where the charging brick contains complex circuitry and protection systems—things cheap aftermarket chargers choose to skip to cut costs.” Pay the extra few bucks to buy the real deal.

Smartphone chargers are less intricate, which makes them easier to replace: Aftermarket cables are usually fine, as long as they’re from a good brand like Anker, which makes high-quality, affordable cables. Just don’t grab the first cable you see in the checkout line at the drug store.

Keep your cables in good condition

Of course, buying a new charger every year isn’t really an ideal solution. So next time you replace your cable, take some steps to ensure its longevity.

First, consider buying a more durable option. Braided cables like Anker’s Powerline+ ($18 on Amazon) are built to last, and that one costs $12 less than Apple’s official-but-flimsy Lightning cable. When you shop, look for cables that are well reinforced at the joints between the cable and the connector, since that’s where cables usually break down.

Sadly, durable cables aren’t always an option, especially with laptops, when it’s important to buy a first-party charger. If your laptop comes with a flimsy cable (like Apple’s MacBook chargers, for example), give the joints a bit of reinforcement with Sugru ($11 on Amazon), a moldable silicone glue that’s perfect for all sorts of DIY projects. Do this before the cable frays. That way, you get the reliability of the first-party charger and the safety of an unbroken cable, without the structural issues that’ll lead to problems later on.

No matter what type of tether you end up with, the way you treat it can significantly extend its useful life. For example, when you tug it out of the wall, pull it at the base of the socket instead of yanking on the cord.

The way you transport the charger also matters. “Avoid making sharp kinks when you wrap the cable for transit, especially where it comes out of the power brick,” says Shi. The key is to avoid repeatedly bending the wires in the same direction, like you do when you tightly wrap cables around your hand. To avoid stressing the charger, try the following tried-and-true wrapping method.

The video demonstrates a “roadie wrap” on an AV cable, but the same method will also work on your charger. If you can take care of your cables like this, you’ll be shocked how much longer they last.