Essential power tools every DIYer should own

These staples pack a punch without the commercial price tag. 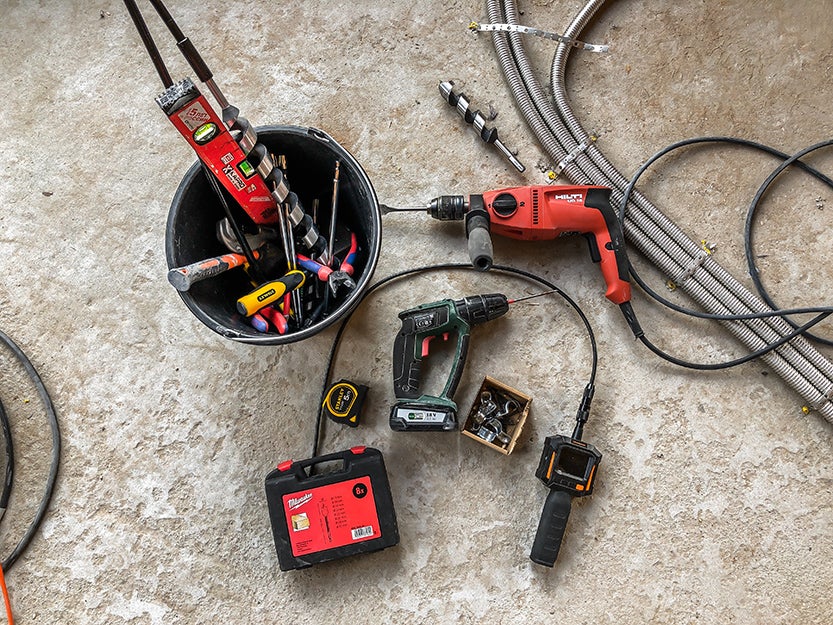 There are certain jobs that only a power tool can handle. But they also tackle basic tasks in a fraction of the time, and there’s no shame in wanting to projects to move faster. Whether you’re a new homeowner investing in your first set of tools or buying backups for your backups, we think these are four of the best power tools you can get.

A good jig saw has multiple orbital settings that allow you to adjust the tool for better accuracy. This Black & Decker model has four orbital settings that help the saw glide through 45-degree bevel cuts. It also packs 2,500 SPM of cutting power, which is the same as a lot of commercial models on the market. A word of advice: buy the T-shank blades and forego the suggested (and traditional) U-shanks––they’ll be easier to swap out.

At just 6.5-inches long, this 12-volt cordless drill still has plenty of torque. It’s surprisingly quiet and comes with two batteries and a built-in bit holder on the back. It does take some getting used to if you’re accustomed to setting your drill on its battery when it’s on standby, but the fact that this one fits in a holster makes it ideal for awkward spaces with limited surface space (plus, it’s harder to misplace).

This little tool sands quickly and sucks debris into a cotton dust bag so there’s minimal clean-up. The Tackline runs at 12,000 orbits per minute––faster than average––so despite its size, this sander still makes short work of small projects around the house. The pointed mouse shape easily gets into corners. This sander doesn’t have a finger extension like some similar products, which is just fine because those have been known to break off. It isn’t cordless, which can be a drawback if you’re short on outlets or extension cords.

A cordless ratchet is one of those tools that aren’t imperative to getting the job done, but they do make it a whole lot easier. This cordless model, in particular, makes it easier to loosen nuts and bolts in tight spaces. We like that the power button is on the back of the ratchet’s head to prevent accidental on-switching. Keep in mind that it’s not a breaker bar (it delivers 35 foot-pound of maximum torque). In most cases, you’ll still need to do the initial loosening and then you can let this tool do the tedious unscrewing for you.