This Device Wants To Make Your Airplane Air Less Dry

By shooting vortices in your face during your entire flight 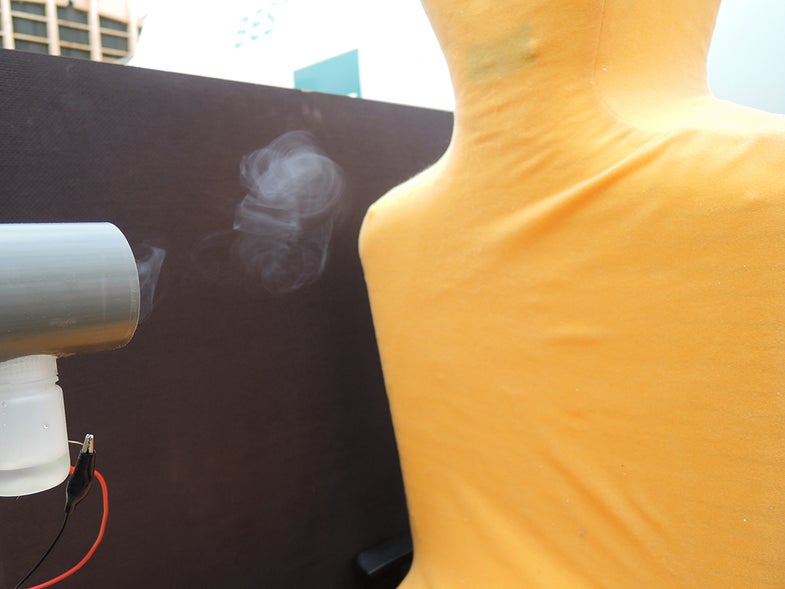 The sky is a desert. Air above 15,000 feet is very dry, with a recorded humidity of less than 1 percent. Inside an airliner, humidity is kept around 20 percent. While that’s wetter than the outside air, it’s still drier than the Sahara Desert (itself about 25 percent humidity).

As a result, some passengers get dry throats and dry noses when flying — which is no fun for anyone. A new technology has the answer: to keep passengers from drying out, why not just shoot vortexes of air in their face?

The design comes from the Fraunhofer Institute for Building Physics. From the Institute:

To test the vortex maker, researchers first used smoke, since it has greater visibility. Then they pointed these vortexes into the nose of a dummy robot to analyze how the air worked. For final testing, they’ll get real humans with real noses to experience the air blasts.

Fighting dryness with humidity is the most obvious application of these system. It’s hardly the only one. Once the system is finally incorporated into airplane seats, the institute imagines it could blast fragrances at passenger request. On a long haul flight, giving passengers the ability to control the smells around them might be as big a step for comfort as relieving dryness.