The second-generation of the HTC Vive 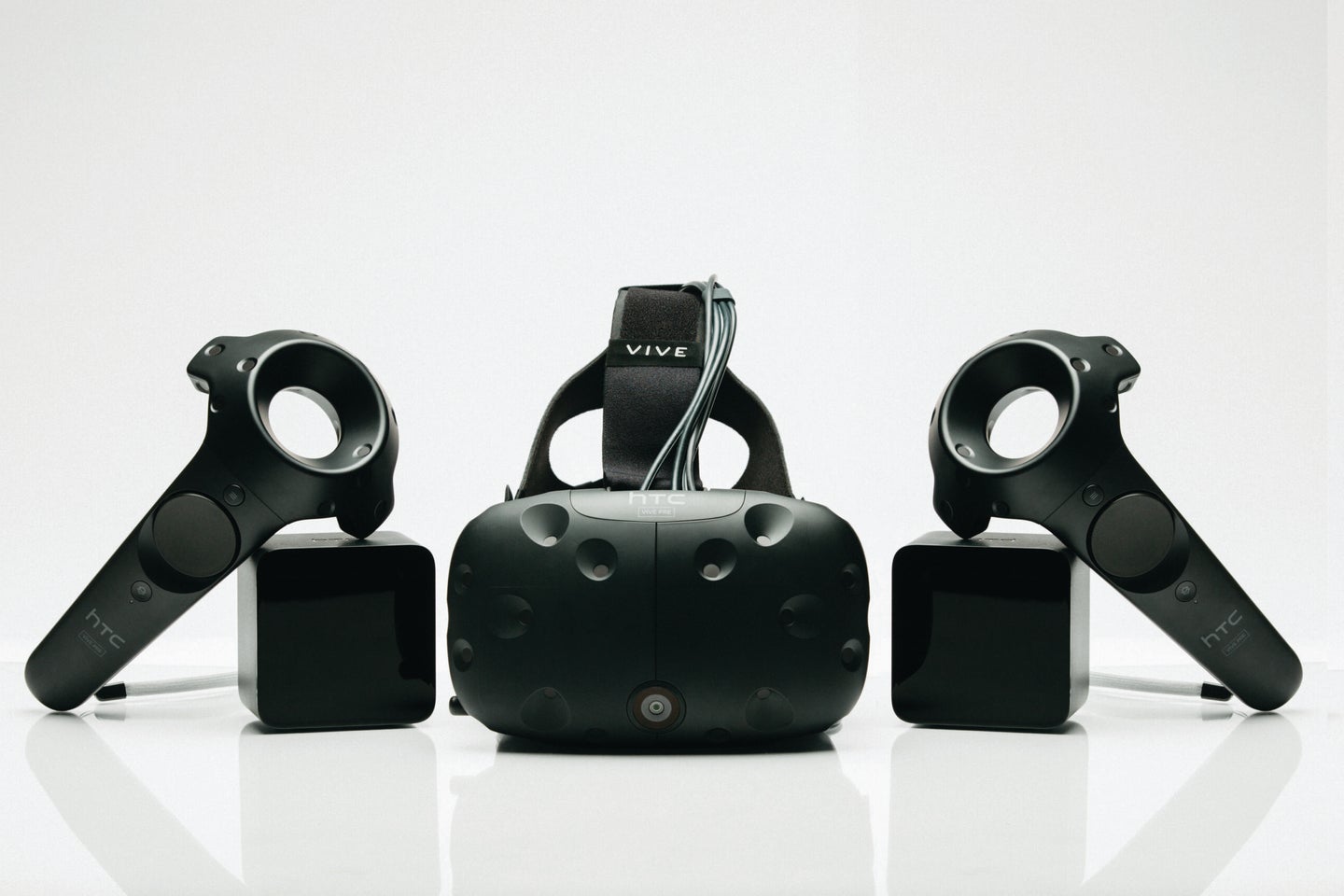 The HTC VIve Pre ships with one headset, two controllers, and two base stations. Courtesy of HTC
SHARE

The HTC Vive is so innovative, we gave it the Grand Award in our 2015 Best of What’s New issue. This year, the Vive will get even better.

HTC unveiled the second-generation of its virtual reality headset, the Vive Pre, on Tuesday at CES. Though the product is still being shipped as a developer kit, the release is significant because we’re only 3 months away from HTC’s promised release date in April 2016.

The Vive Pre is similar to the DK1 we featured in our magazine last year, but the design has been tweaked at almost every level. The headset is lighter, the eye guard is adjustable and removable, and the controllers are a little more sturdy. But there’s one major update to the newest version of the headset that could change the way its perceived in the market.

A front-facing camera was a added to the Vive Pre headset, giving developers the ability to take objects from the real world and pull them into the virtual world. The idea is closely aligned with that of mixed reality, where digital images are combined with real world images to create a blend of both real and virtual worlds. Thus far, mixed reality (often referred to as augmented reality) has mostly been tried on products translucent displays. The Vive Pre will be the first high-end virtual reality headset capable of pulling objects into the real world.

For now, the Vive Pre is actually in very few hands. HTC says that it’s prepared to ship 7,000 units out to developers this year. Though it’s still too early to say exactly what can come from this burgeoning technology, it’s safe to say the Vive Pre is among the most powerful products on the market today. We can only hope thing thing actually ships on time.