Never again pay a 20 percent fee to get cash to your loved ones. 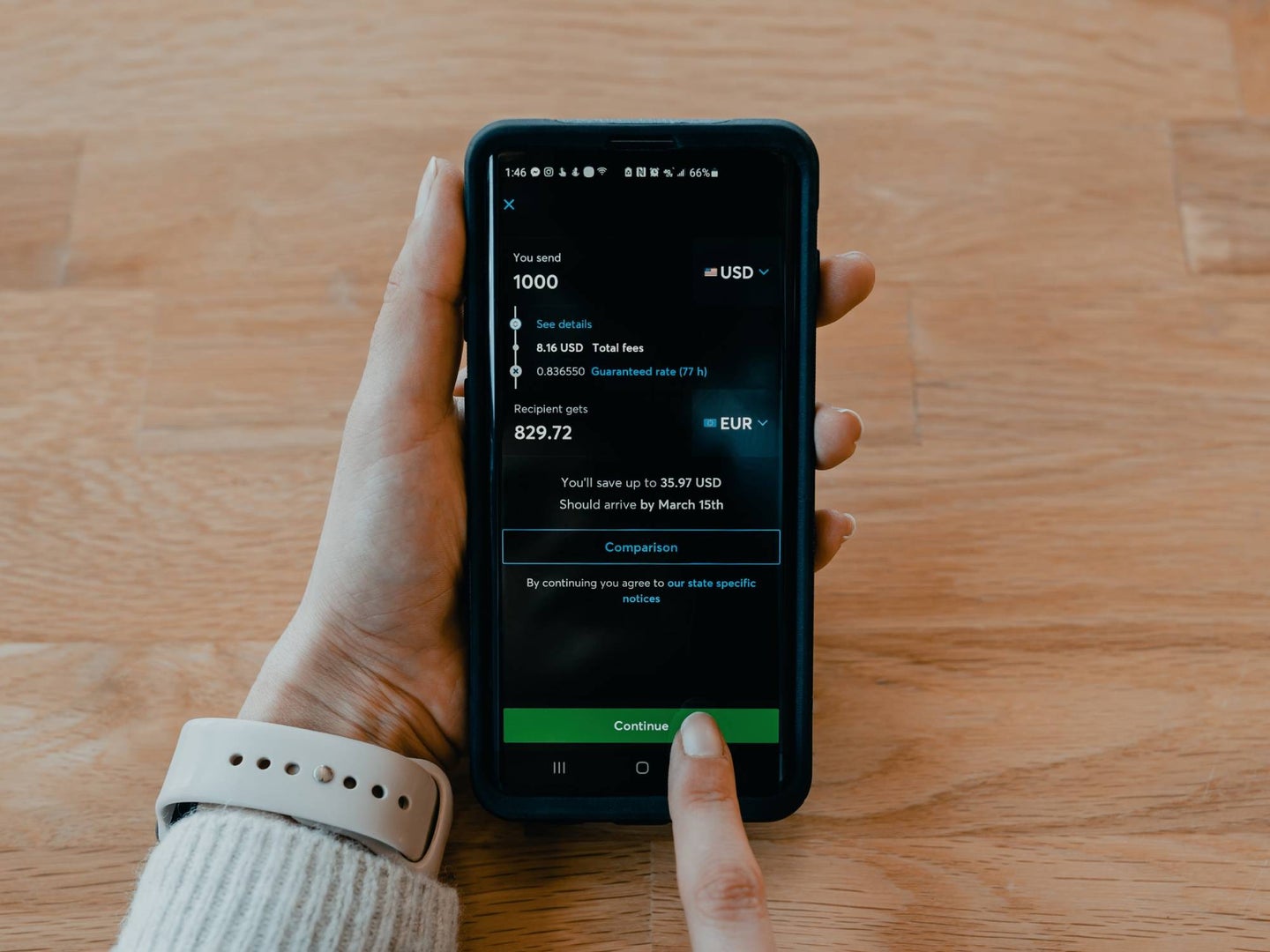 If you’re one of the 45 million immigrants living in the US, chances are you’ll face a challenge you’re likely unprepared for: sending money back to your home country. Whether you need to pay off loans and bills or help out a family member, you will soon discover the banking system is not on your side.

There’s no unified network that connects banks around the world. Some have partnered up to make things easier, but in general, transferring your hard-earned dollars to low- and middle-income countries can be especially tricky. Not to mention expensive.

Within the complex network of international transfers, banks use currency exchange rates that are generally far from convenient to senders. This automatically makes your money less valuable and transfer fees in receiving countries can vary between 10 and 20 percent of the sent amount.

Thankfully, technology has come up with solutions—this time, in the form of apps to transfer money internationally in a quick and inexpensive way.

Founded in 2011, Remitly supports money transfers from the US and 16 other countries—mostly from the developed world—to more than 100 destinations. The app’s co-founder Matt Oppenheimer had a hard time with international money transfers while working for Barclays in Kenya, so the app puts special emphasis on covering small African countries such as Cote d’Ivoire and Liberia.

Remitly offers transfers to bank accounts and mobile wallets, which usually cost less than transferring to banks. It also offers cash pickup and cash delivery, depending on the receiving country’s availability. The platform covers most major banks, and it has a wide coverage of mobile wallets.

[Related: Switching your bank might help slow the climate crisis]

During three consecutive days in mid-July 2021, we tried five different currencies and Remitly’s foreign exchange rates to convert US dollars were on average 2 percent less than the real-time rates on CNBC’s dashboard. This means the app gives you slightly less value per dollar than the exchange markets. For example, if $1 was worth $743 Chilean pesos in such markets, Remitly would only offer $729.30.

Remitly’s transfer fees tend to be below 5 percent of the transferred amount, but vary depending on the type of currency and whether you pay with your bank account (Economy) or a card (Express). With the Chilean peso, for example, transferring $1,000 in US currency can cost $2.49 under the Economy mode, and $20 with the Express. The transfer mode you choose will also determine how long it takes for your money to get to its destination, which can be minutes or up to one business day.

Remitly is free for iOS and Android, and on the web.

Originally launched as TransferWise, Wise has been around since 2010 and manages around 10 million users worldwide. The platform allows you to send money internationally from the US, the UK, and Europe to more than 80 countries, a lot of them in Eastern Europe.

A key feature, if you’re always keeping an eye on currency exchange markets, is that you can hold different currencies in the app’s digital wallet, so you can convert them to US dollars—or vice versa—when it’s most convenient for you.

Wise also generates local account numbers so you can send and receive payments as if they were local transactions with 10 different currencies.

Wise has great coverage and allows you to send money to basically any bank, though it doesn’t offer cash pickup or payments to utility bills or mobile wallets. But what the platform doesn’t have in terms of services it has in terms of foreign exchange rates. We compared five different currencies, and Wise provided the best value per US dollar each time. For example, if $1 was $5.26 Brazilian reals on CNBC’s dashboard, Wise gave us the same price.

Finally, just as with Remitly, the speed with which your money travels the world varies from minutes to three business days, depending on the receiving country.

Wise is free for iOS and Android, and on the web.

This platform offers transfers to banks and mobile wallets, phone recharging services, and utility bill payments. Cash pickup is also available, but WorldRemit doesn’t cover as many major banks compared to the rest of the apps on this list.

Using five different currencies over three consecutive days, WorldRemit’s exchange rates were, on average, 1.6 percent less than the real-time rates shown on CNBC’s dashboard. Therefore, if $1 was $20 Mexican pesos, the app would quote $19.70 pesos, making it the second-best choice out of the four apps, rate-wise.

Similar to Wise, WorldRemit’s fees stay below 5 percent per transaction and drop to less than 1 percent for amounts of $1,000 or more, depending on the currency. When it comes to speed, this platform can take from minutes to hours to send your money across the globe. You’ll mostly be looking at same-day transactions, but as with most things on this list, it will depend on the receiving country.

WorldRemit is free for iOS and Android, and on the web.

Xoom hit the market in 2001 and was acquired by PayPal in 2015. At that time, it had more than 1 million global users. Now the app is part of a bigger infrastructure serving more than 250 million users, so if you use PayPal, this could be a good option for you. Xoom is available to send money internationally from the US, the UK, and 32 markets in Europe, to 160 countries, including small island nations such as Seychelles and Dominica.

Xoom offers bank transfers, cash pick-up, utility bill payments, phone recharging, and transfers to mobile wallets. Bank coverage is limited and depends on the country you’re sending money to, so make sure to check the list to see if the recipient’s financial institution is there.

Xoom makes money out of currency exchange, so its rates are the most expensive on this list. Using five different currencies, Xoom’s rates showed to give the least value per US dollar out of the four apps. So, if $1 was worth $50.24 Philippine pesos on CNBC’s dashboard, Xoom’s rate would be $48.16, which translates to a 4 percent loss.

But even if exchange rates are not Xoom’s forte, its true benefit is in the fees. In four different currencies, they range between $1 and $5 for $100 transfers and are usually fixed regardless of the amount you send. In fact, transfers above $100 using currencies such as the Mexican or Philippine peso can have zero cost.

If you’re pressed for time to get your money to its destination, maybe Xoom is not the best option for you—depending on the delivery method, the platform can take up to two business days to get your bills there.

Xoom is free for iOS and Android, and on the web.

Karina Montoya is a Peruvian journalist passionate about business, finance, and technology. Her work has been published on Bloomberg (US), SEMANAeconomica, and Gestion (Peru). She is currently based in the D.C. area, reporting on the business of media. Contact the author here.