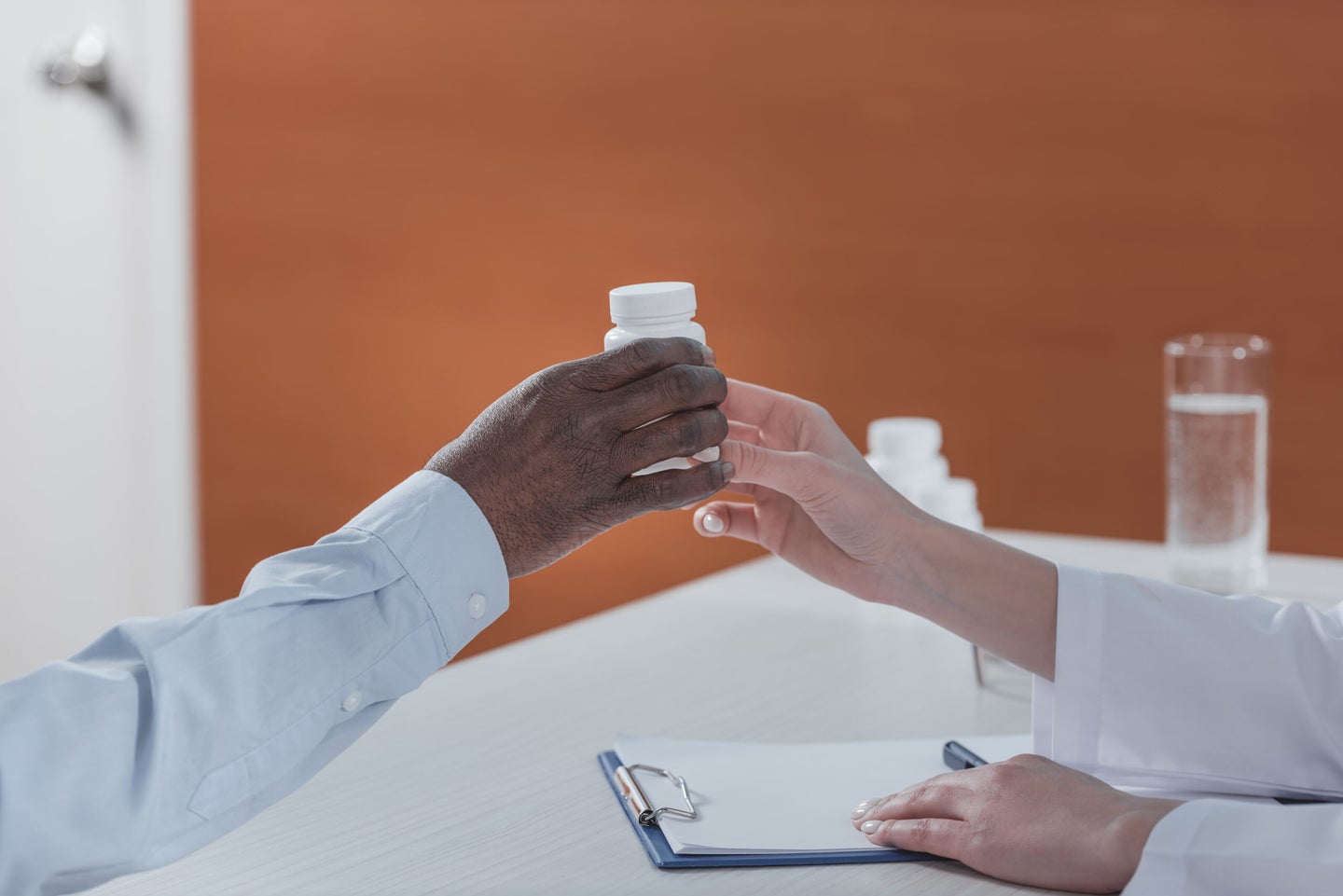 Opioid addiction is a public-health epidemic born out of the medical system—and new research suggests that system should be doing more to combat addiction in a fair way.

A new study from University of Michigan public health researchers looks at national healthcare data, finding that white patients and those with private insurance or the ability to pay cash for treatment have dramatically better access to a commonly used addiction-treatment medication.

“When the opioid epidemic… was really brought to public attention, there was a lot of concern that there was a high mortality rate amongst white Americans,” says lead author Pooja Lagisetty, a professor of medicine at the University of Michigan. But today, she say, opioid overdose rates are rising among black Americans—to the point where those rates look similar to those for white Americans. However, treatment options for the two groups aren’t the same, as her work demonstrates.

To date, there hasn’t been a lot of work looking at treatment disparities between black and white Americans on a national level, Lagisetty says. To start addressing that hole in our understanding of the epidemic, she and her coauthors analyzed information from two databases of patients who received outpatient care from hospitals and other institutions between 2004 and 2015. Over that period, they found that the number of visits which resulted in a prescription for buprenorphine, one of three medications approved to treat opioid addiction, rose dramatically, from 0.04 percent to 0.36 percent. That percentage change represents tens of millions of visits.

Then they zeroed in on the most recent four years of data, from 2012 to 2015, and looked at who was prescribed “bupe” during those years and how they paid for it. During those four years, they found that 35 times as many white patients as black patients received a prescription for bupe.

In the same time, self-pay and private insurance holders were 15-20 percent more likely to be prescribed the drug than patients who were on Medicare and Medicaid.

These findings are captured in their new publication, which takes the form of a relatively brief research letter and raises more questions than it answers. “We’re all working rapidly to improve access to treatment,” says Lagisetty. “But we need to be thoughtful… that we’re doing it so that every population is getting treatment, not just some populations. Addiction doesn’t discriminate, and it doesn’t make sense that treatment should.”

“This provides a limited but important window through which to view this problem,” says Caleb Alexander, a professor at Johns Hopkins Bloomberg School of Public Health who studies opioid use disorder. Although the study has limitations—for instance, because it used pre-existing data, it can’t answer any questions about why the disparities in bupe prescribing appear—he says the research points to new directions. “I think we need to be vigilant to ensure that, as treatment for opioid addiction is scaled [up], we don’t inadvertently further racial and ethnic disparities in care.”