Warning: Do NOT get into a breath-holding contest with a naked mole rat

They can basically survive without oxygen 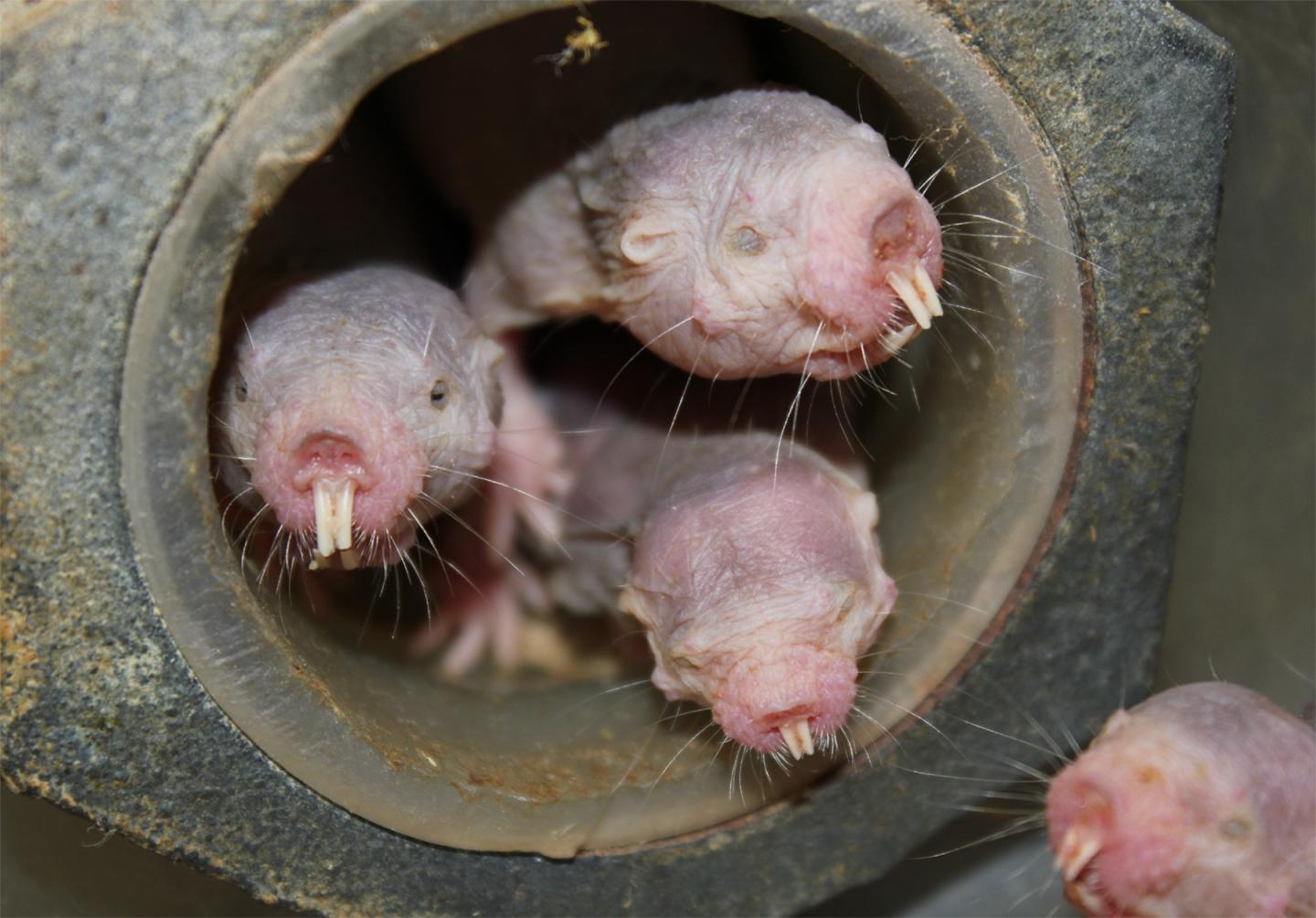 “We had hints that naked mole rats might be rock stars at surviving oxygen deprivation,” said Thomas Park, a biologist at the University of Illinois, Chicago. That’s why he stuck a bunch of naked mole rats in a chamber with only five percent oxygen. As a point of comparison, the atmosphere at sea level is about 21 percent oxygen. The atmosphere at the top of Mount Everest is around six percent. The results of his experiment were published today in the journal Science, and they’re pretty wild.

“There’s nothing special about five percent except that we knew it would be fatal to humans, and fatal to laboratory mice, and probably to everybody else,” said Park. “We were at the ready to abort the experiment and pull the animals out of the chamber if they started to look like they were having problems.”

Park and his colleagues expected the naked mole rats to start running out of oxygen within 15 to 20 minutes. After all, the literal lab rats they exposed to the same conditions all died within that timespan.

“An hour into the experiment [the naked mole rats] looked perfectly fine,” said Park. “After five hours, we were convinced that five percent oxygen is not a problem for these guys, so we decided to call it a night, go home, and have dinner.”

To understand why Park and his colleagues at the Max Delbrück Institute in Berlin and the University of Pretoria in South Africa suspected that naked mole rats might do well in a low oxygen environments, it helps to know a bit about the critters.

Naked mole rats are cold blooded. It’s a trait that they share with reptiles, but not with other mammals. The fact that they don’t really regulate their own body temperature means they don’t expend any energy staying warm, so they need less oxygen compared to more common rats and mice. And their hemoglobin, or red blood cells, are unusually sticky. They can pull oxygen out of air that would leave most mammals gasping for breath. Then, of course, there’s the way naked mole rats live: in complex burrow systems with upwards of 200-300 inhabitants, where CO2 can easily accumulate.

Upon being released from their containers, they began breathing within seconds. When they rejoined the colony, they behaved normally—suggesting no ill effects.

The secret to their rebound? Fructose.

Humans—and our brains—use glucose, a very simple sugar, for energy. Glucose is great in that it’s incredibly efficient. The downside, however, is that it only works in the presence of oxygen. So, when we’re deprived of oxygen, our brain starves and begins to die pretty quickly.

Humans can’t really use fructose as an alternative: when we consume fructose from a piece of fruit (or, perhaps more likely these days, a high fructose corn syrup sweetened beverage) it has to be processed through our liver in order for our body to use it. That isn’t the case for the naked mole rat. While we have some fructose transporters, mole rats have many more on key organs—their brains and hearts. And they have more of the enzyme that allows them to process fructose directly.

So when a naked mole rat finds herself in an environment with no oxygen, she may not have enough energy to get up and run around—but her body will still produce enough nutrition for her hey organs to keep her alive.

Like most things that naked mole rats do, this is basically unheard of in the mammal world. But it’s just another day at the office for a plant.

“One thing we’ve been horsing around with is the idea that the naked mole rat has an insect-like social structure like ants and bees,” said Park, “and it has a thermoregulation system like a reptile, and they metabolize fructose like a plant.”

Park thinks that because naked mole rats are leveraging systems that humans already have, this knowledge could potentially be converted into a kind of treatment to help prevent brain damage when people have a heart attack or a stroke, or as a form of preventative medication for high altitude travelers. Because of their facility with low-oxygen environments, naked mole rats also don’t get pulmonary edema, the fluid in the lungs associated with combining low oxygen levels with high elevations. Perhaps in the future, Everest climbers could take a naked-mole-rat-inspired shot to help them summit the mountain instead of lugging up supplementary oxygen.

In the meantime, naked mole rats will continue to be their delightfully strange selves.