Earth is far from the center of the universe 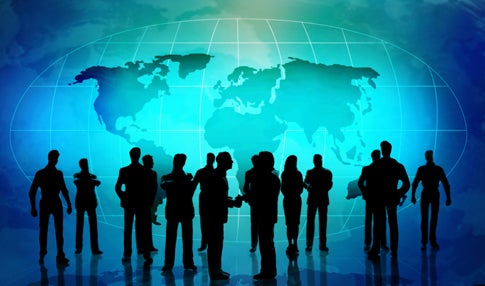 There is no denying we humans are obsessed with real estate. We always like to think we’ve landed ourselves a prime piece of land to settle on, and that outlook extends past your home, vacation home, and country and all the way out to the Earth itself.

Fortunately, a brilliant Polish astronomer named Nicolaus Copernicus wrote a little book in 1543 called On the Revolutions of the Heavenly Spheres, which officially struck down the idea that the Earth was the center of the universe. He even got a scientific law named after him, the Copernican Principle, which states that our galactic position is nothing but ordinary. Despite the fact that this principle is one of the building blocks of modern cosmology, people still want to prove we’ve gotten an extraordinary deal with our planet’s location. And, unfortunately for most cosmologists, while it’s easy to show all the ways in which our neighborhood is not special, it’s very difficult to prove conclusively that it isn’t.

In the late 90s, some studies suggested that Earth had a notable place on the cosmic block by placing the Earth near the center of a “bubble” that was mostly empty of matter. The universe was not really expanding at an accelerating rate due to dark matter, but rather, gravity was creating an illusion of acceleration of supernova observations.

Today, a team of astronomists are essentially calling the so-called “void theory” a bunch of cosmic bologna. The team members tested void models against the most recent data (cosmic microwave background radiation, ripples in the large-scaled distribution of matter, etc.) and the models failed to explain the current state of the universe. Dark energy models, on the other hand, do a far better job, even though dark energy remains an enigma. The conclusion of the report solidified the widely-held opinion that dark energy is responsible for the acceleration of our expanding Universe.

It’s all about your point of view, of course. From where we stand, we are the center and everything radiates out from around us. Martians might be staring straight at us and thinking the same thing about themselves. If we remain insistent that we have the best lot in the development though, we at least have to come to terms with the fact that we are far more ordinary than the mysterious dark matter that fills the universe. Not even The Donald can Trump that.