And the software will be available on cheaper headsets 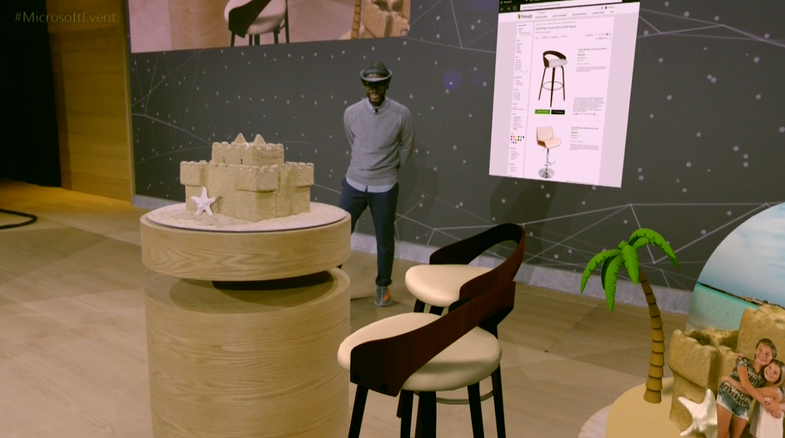 Microsoft announced new HoloLens features today at their Windows 10 event. The new software for the HoloLens, an augmented reality (AR) headset, allows users to browse the Web with hand gestures and view virtual 3-D objects in real-world environments. In combination, these features let you shop online and preview furniture in your living room before you buy it. Microsoft calls this augmented reality experience, in which 3-D holograms overlay your real physical environment, “mixed reality.”

Beyond AR, the new update also enables more immersive virtual reality experiences. The holographic app HoloTour allows users to immerse themselves in visually rich environments, transporting wearers to virtual landscapes such as the Pantheon in Rome.

These snazzy new features blur the lines between augmented and virtual reality. With its wide field of view and transparent display, the HoloLens can act as an AR and a VR headset.

But that won’t help consumers who can’t afford the HoloLens’ $3,000 price tag. Luckily, Microsoft also announced that they’re opening up the platform to third-party manufacturers: They are working with other companies to develop non-Microsoft headsets, which will be available for as little as $299 and still capable of running the HoloLens’ software. This will make the VR experience more affordable, and thus available to more users. So starting in 2017, you too can preview how virtual chairs will look around your kitchen table—just don’t try sitting on them.