Some tinkering behind the scenes 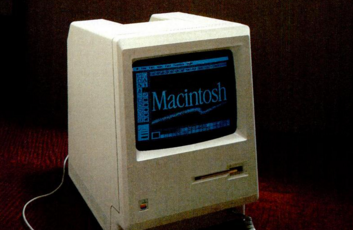 Since the Oculus Rift first appeared on Kickstarter in 2012, the world has slowly been getting more interested in what virtual reality could hold. In early 2016, we stand at a cliff above murky waters, hoping virtual reality software and hardware capabilities will be deep enough to accommodate the leap.

As tech giants like Google, Microsoft, and Sony eye the water, Apple stands well behind, the diver reluctant to make the plunge. Apple, known for its practice of releasing refined ideas once others bring them to market, has slowly been amassing the means to build a virtual reality device, as shown by reports and recent acquisitions.

Most recently, Apple has acquired Flyby, an augmented reality company that looks to give smartphones and tablets the ability to be “aware” of their surroundings, according to the Financial Times (the company had previously been working with Google, one of Apple’s chief rivals, on augmented reality devices in Google’s “Project Tango” family). But the Financial Times also reports that Apple has amassed hundreds of researchers in both augmented and virtual reality.

Apple’s policy is to not disclose their plans with the companies they buy, but after multiple acquisitions of augmented and virtual reality companies like Metaio, Faceshift, and Primesense, it’s difficult not to start connecting the dots.

When asked about virtual reality in an earnings call earlier this week, Apple CEO Tim Cook seemed to be caught off-guard, giving a vague, yet telling response to what he thought about whether the product was viable.

“I don’t think it’s a niche. It’s really cool and has some interesting applications,” Cook said.

Apple has also hired virtual reality researcher Doug Bowman, who previously had worked at the University of Virginia.

Apple is notoriously secretive, so we probably won’t see any kind of a device until VR either establishes itself or flops miserably. But it’s nonetheless important to stay abreast of the company that entered the mobile market in 2007 and made $51 billion on iPhones in just Q1 2016.

Meanwhile, the Oculus Rift has plans to ship this March, with the HTC Vive and Sony’s Playstation VR expected not far behind. Microsoft’s augmented reality lens headset HoloLens should also soon be made available to software developers.

via the Financial Times