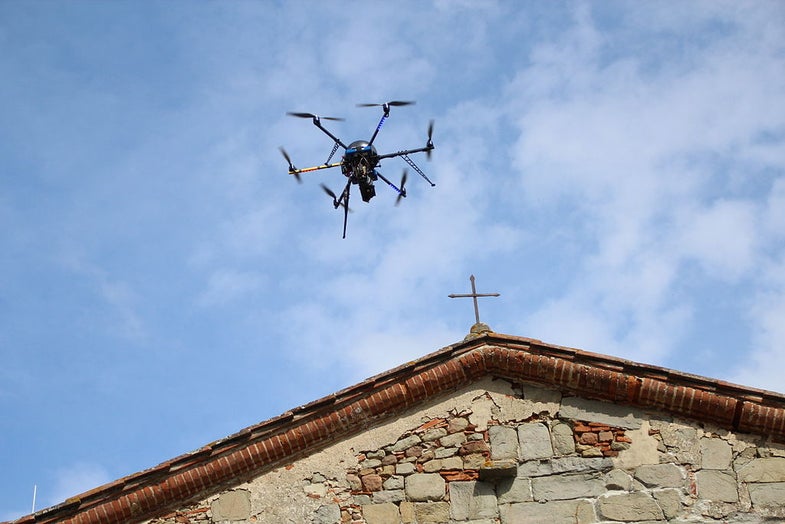 In the transitory space between Mexico’s Tijuana and America’s San Ysidro, the drone flew. Six rotors carried it forward, and strapped to its body were six packets of methamphetamine, weighing more than six pounds. Discovered by Tijuana police crashed in a parking lot just shy of the San Ysidro border crossing, the drone never completed its illicit mission.

Smuggling is a business as old as the prohibitions against it, and operating outside the law smugglers often try and innovate with technologies old and new. For crossing the U.S./Mexico border, smugglers have tried catapults, ultralight planes, and pneumatic cannons. Within the United States,a drone was already used to smuggle phones, drugs, and tobacco into a prison. The DEA noted that drones carrying drugs have illegally crossed the border at least 150 times since 2012, and that cartels are making their own custom smuggling drones.

According to a statement released by the Tijuana police, the drone was programmed to automatically fly to set GPS coordinates, so after launch no pilot was involved in steering it. That technically violates the FAA’s guidelines for drone operations, but since it is also drug smuggling, that’s probably the least of the pilot’s legal concerns.