You Can Now Build Giant Space Telescopes Out of LEGOs 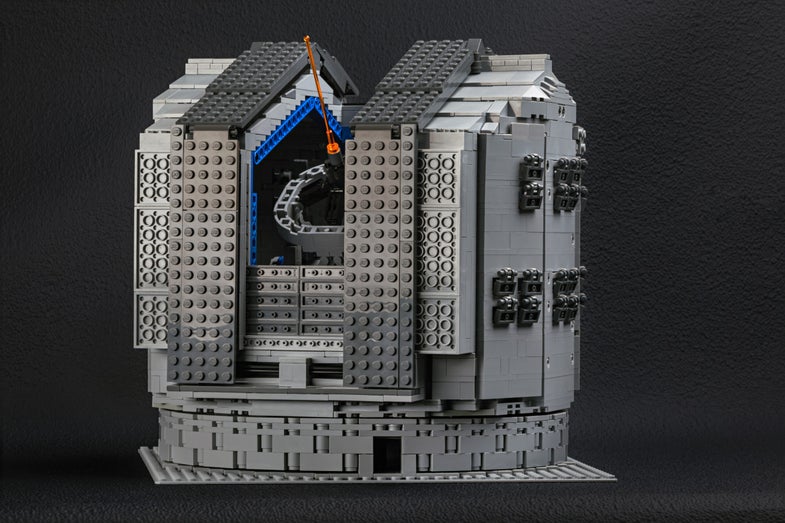 Frans Snik’s design for a model of the VLT even extends to the mammoth dome structure that protects the giant telescope. The model dome faithfully replicates the VLT’s dome.
SHARE 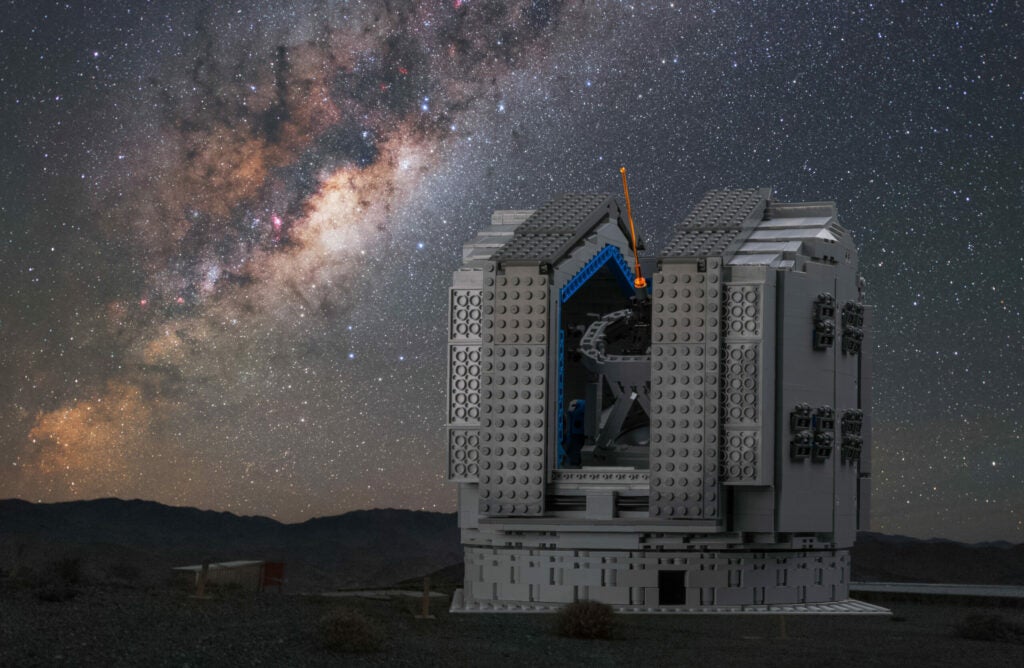 The model is made of more than 3,000 parts. The dome structure surrounding the Legoscope opens and closes, just like in the real thing.

When it’s finished being built, the European Extremely Large Telescope will be the world’s largest optical telescope. The bad news is, it won’t see the light of day (or stars, rather) until 2024 or later. But the good news is that you can build your own right now.

The European Southern Observatory (ESO) has designed Lego models of the Extremely Large Telescope (ELT) and its sibling, the merely Very Large Telescope (VLT), and uploaded the designs to the Lego Ideas website. If enough people vote for the designs, Lego will consider making it into a kit so that everyone can build their own very small telescopes.

The EELT Lego design has been around since 2014, but astronomer Frans Snik has just come out with a model for the VLT, which is already built and making important discoveries. The Lego VLT is 1/150th the size of the real thing, and uses 3,104 bricks. Says an ESO press release: 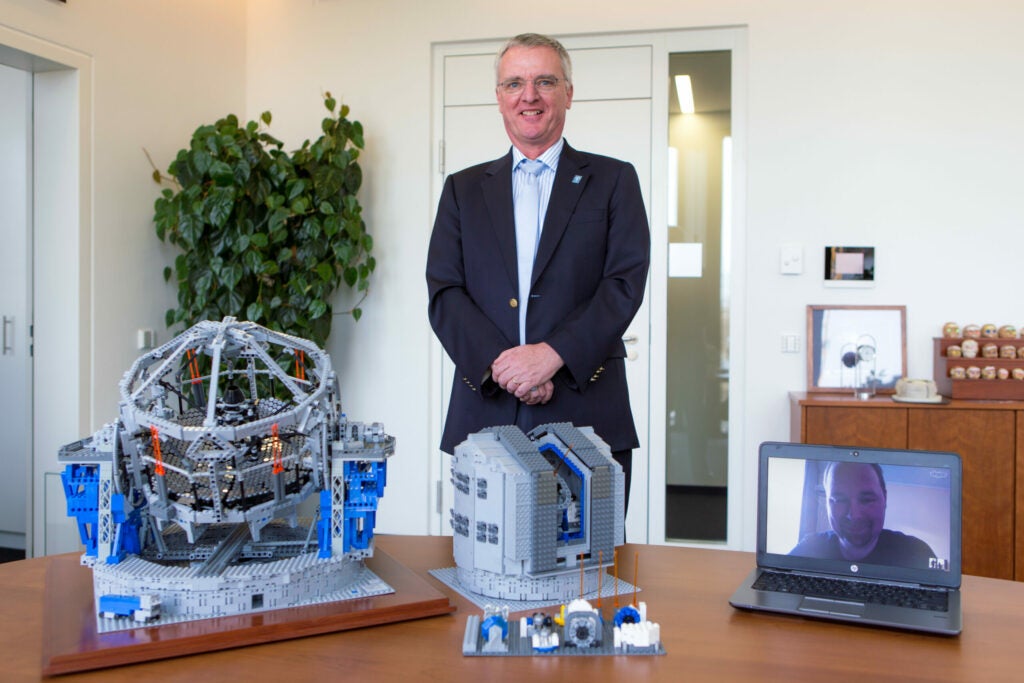 ESO General Director Tim de Zeeuw stands next to the Lego models of the ELT and VLT, while astronomer and model designer Frans Snik Skypes in.

Just like a real telescope, the Lego VLT is not cheap. The cost of all those parts is around $600 USD. That’s still a far cry from VLT’s actual cost of $372 million, but we’re not sure you’ll get much science out of one these little guys.

If you want the designs to be made into kits, you can vote for the ELT and VLT on Lego’s website. The designs need 10,000 votes or more to be considered as products. We wouldn’t count on it, though: Even though a Lego version of Hubble Space Telescope was popular online, Lego passed on the idea to turn it into a product.

Fortunately, ESO has uploaded manuals on how to build the mini ELT and VLT, so you can still make your own–that is, if you have the time, money, and thousands of spare Lego parts. 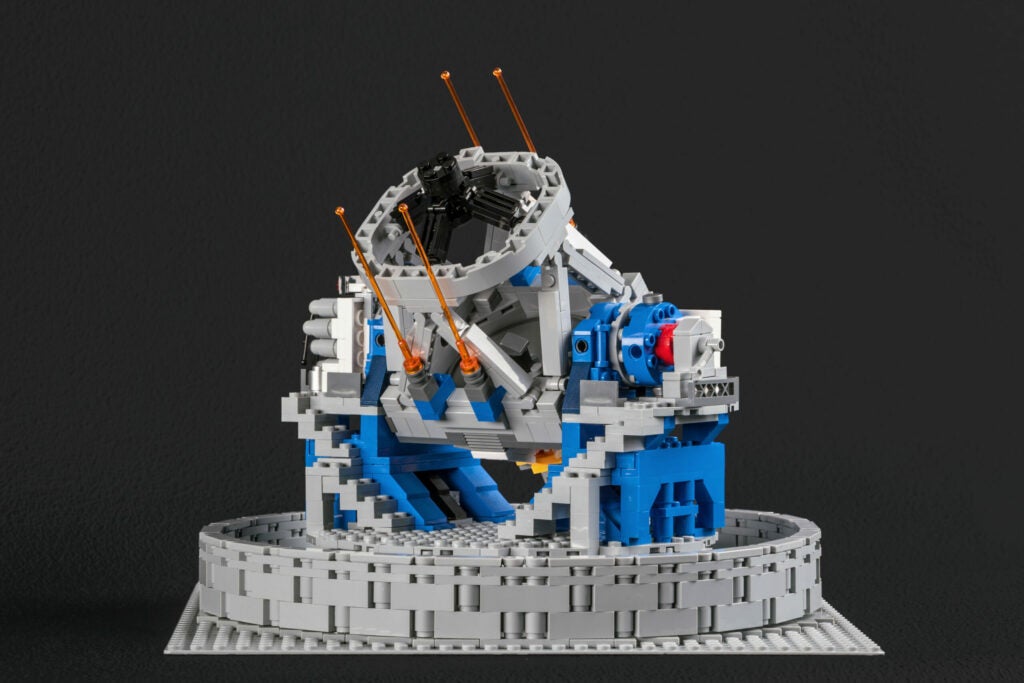 It includes the four lasers that help the telescope focus, and spins around like its real-life counterpart.
Space
toys