Syria Now Has A Space Agency

But many Syrian scientists have already left the country due to the ongoing civil war. 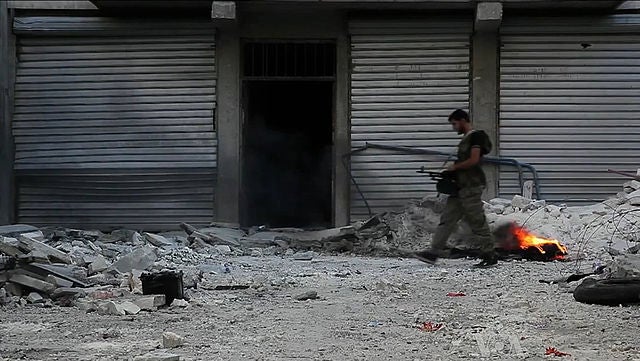 Bashar al-Assad’s beleaguered government of Syria announced yesterday that it is creating a space agency. This announcement comes as the long and bloody Syrian Civil War enters its fourth year.

The Syrian Space Agency will be a public body with a scientific and research nature, according to a state-run Syrian news service. But actually conducting science may prove difficult, as many Syrian scientists and academics have fled the country due to violence and persecution. Before the civil war, Syrian doctors left the country at a higher-than-expected rate. Since the war began in March 2011, universities in Syria have become contested spaces. A report on Syrian universities in the uprising notes, “Syrian human rights monitoring organizations estimate that more than 35,000 Syrian students have been arrested on campus since the start of the revolution.”

Amal Alachkar, a Syrian neuropharmacologist who fled the country at the start of the war, explains how regime policies led her to flee.

A U.S.-led survey on the situation found:

The death toll in the Syrian Civil War so far is 140,000. In addition, millions more Syrians have fled the conflict and are living in refugee camps, like the Zaatri Camp in Jordan.