Skin-Tight, Gravity-Mimicking Suit Gets Ready To Go To Space

Astronauts are supposed to wear the suit while inside spacecraft, to get a dose of gravity-like pressure while they're performing their daily tasks. 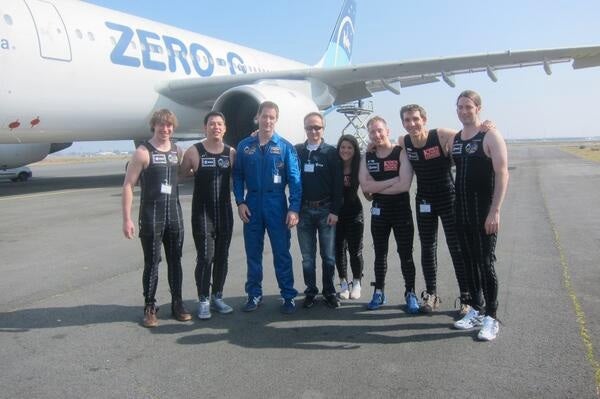 It’s not just for the sexiness. (Although obvs it is very stylish and attractive, right??) This experimental space outfit’s skintight design compresses the body, mimicking the effects of gravity. The suit’s makers hope it will reduce the bone and muscle mass loss astronauts experience after spending time in low gravity.

The BBC has a new video describing the suit, which has been years in the making. Called the Gravity Loading Countermeasure Skinsuit, it has hundreds of Spandex-like layers, King’s College London physiologist David Green told the BBC. It even compresses more firmly lower down on the legs, which normally feels more pressure from the weight of the body above it, than upper regions of the body. Green and his colleagues envision astronauts will wear the suit while hanging around inside spacecraft, thus getting a dose of gravity-like pressure while they go about their daily tasks. The suit should work in conjunction with the exercises astronauts already perform to stay healthy in space. Even with the exercises astronauts perform now, they lose bone and muscle mass they live in a low-gravity environment. That can make a return to Earth painful. Astronauts may even have pain while in space, as their spines lengthen in the absence of gravity.

The Gravity Loading Countermeasure Skinsuit may soon be tested in space. If Earthside experiments are promising, Danish astronaut Andreas Mogensen will take a Skinsuit with him on his trip to the International Space Station in 2015. U.K. astronaut Tim Peake may also wear a Skinsuit on the same mission, the BBC reports. 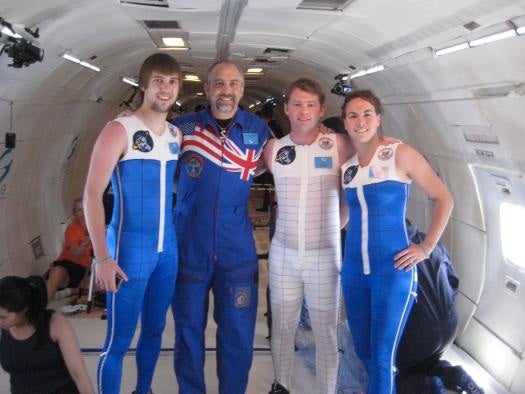 Researchers at MIT first published a paper describing the concept for the Skinsuit in 2010. They also developed prototypes, which Popular Science reported on at that time. Researchers at King’s College London are now performing experiments—including zero-gravity flights—to check whether the suit really does slow bone loss.

Russian astronauts aboard the International Space Station do sometimes wear another spacesuit that’s designed to mimic gravity. But the MIT creators of the Skinsuit seemed skeptical of the Russian design, which is called the Pingvin, or “Penguin,” suit. “Despite use since the 1970s and Russian faith in the device, the effectiveness of the suit in preserving bone mass has not been quantiﬁed,” James Waldie and Dava Newman wrote in their 2010 paper.

Hopefully, tests of the Skinsuit will provide firmer answers—and a firm boost for humans to take on longer missions, including flights to Mars.