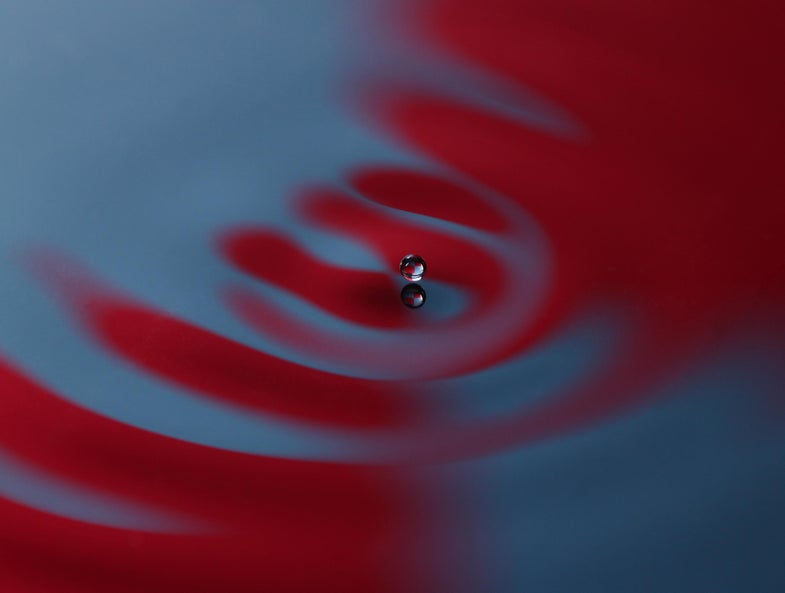 Quantum physics measures movements of the tiniest particles in the universe, which not only happen incredibly quickly and on very small scales, but also defy physicists’ intuition. Analogies from the macroscopic world can help scientists visualize quantumlike phenomena more easily. Daniel Harris, then a doctoral student at MIT, turned to a quirky relationship between liquid droplets and a vibrating bath. The vibration stops the droplet from assimilating into the bath, and it bounces across the surface instead. The droplet and the waves it creates mimic some of the statistical behaviors of quantum particles—except they’re visible to the naked eye. The photo is one of several hundred Harris took for his doctorate, all snapped with an off-the-shelf camera.

“Walking in Color” won the Expert’s Choice award for Photography in the 2016 Vizzies. See all 10 of the winners.