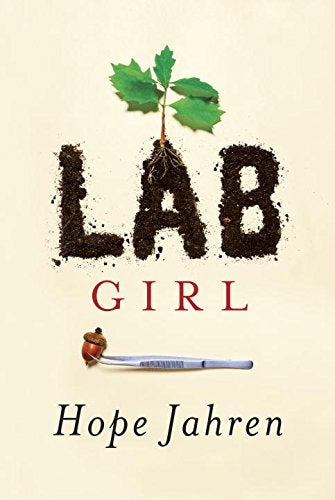 Plants are unlike us. Their relatively enormous cells contain such foreign mechanisms as miraculous chloroplasts, which perform a feat unthinkable for human cells: making food out of light. But a new book from a scientist who has spent the better part of the past two decades studying the secret lives of plants challenges the idea that humans are all that different from the kitchen cactus or the backyard willow.

Hope Jahren’s Lab Girl reminds us that, in ways, we are strikingly like our blossoming brethren. Jahren, a geochemist, botanist and geobiologist at the University of Hawai’i at Mānoa, has written a book that is part memoir, part biology text, part criticism of the status quo of the scientific community. It begins with her Minnesota upbringing, a small-town life in which trips to her physics professor father’s laboratory were the training ground for a life lived in labs, and in the pauses between them.

From Minnesota, Jahren begins the traditional course for a scientist—albeit an unusually gifted and young one—graduating from the University of Minnesota and the University of California, Berkeley, with a Ph.D. in soil science, then quickly earning professorships at universities and as many Fulbright Awards as poison ivy has leaves (three). She was named one of Popular Science‘s Brilliant 10 young scientists way back in 2005. Her work has taken her around the world, from the ancient forests of Norway and Denmark to the remote and treeless Arctic, and most recently to the lush gardens of Hawaii. Now she has written a book, intended, she told me, as a way to break down the wall between scientists and the rest of the world.

“I think scientists are lazy writers,” Jahren told me. She found she couldn’t extricate the human, empathetic, and creative parts from her scientific stories, and vice versa. “Writing well is hard work that most scientists don’t want to do—or they can’t do it and so tell themselves that it doesn’t have value.”

Too many scientists, she says, perpetuate the “absurd cultural fantasy” that to be a scientist is to be other than human, and that a scientist’s authenticity is established by the use of a technical language that is indecipherable to the layperson.

Lab Girl is anything but technical. The book is full of pleasing turns of phrase and classical techniques, references to literary figures like Jean Genet and Charles Dickens, and a running botany allusion that punctuates the book’s biographical story. Most of all, it’s deeply, sometimes painfully, personal, following Jahren’s battle with manic depression, a harrowing pregnancy, her unending struggle to secure funding in a quickly drying financial desert, and the loving platonic relationship she shares with her protege and lab manager, Bill.

Throughout, she inserts short essays about the life cycles of plants—the unwavering obstinacy of the cactus, or the careful budgeting of resources of a deciduous tree—carefully juxtaposed with the traumas and triumphs of her own academic and personal life. It is not the book a scientist usually writes.

Jahren is not new to this kind of writing. In the New York Times, she has written powerfully about science’s sexual assault and harassment problems; she has a blog called Hope Jahren Sure Can Write, and she uses her Twitter feed to spotlight the issues women in the sciences face regularly.

But the book, in its depth and rawness, steps into uncharted territory.

“My colleagues are going to see me differently,” she said, explaining that using common language rather than scientific jargon she risked losing precision. But that’s a danger Jahren is willing to face, because the reward is sweeter than the fruit of any sapling: a scientifically literate, informed public.

“The public is full of people who haven’t spent their lives performing scientific tasks,” she said. “But it’s crazy—we convince ourselves that it’s someone else’s job to understand what we write, and we punish them if they don’t understand it. What a giant scam!”

“Do you realize how crazy it is that we have to tell people we’re human?” Jahren asked me last week, a question I wasn’t sure I was supposed to answer. “There are these walls that exist between science and the world, and the mortar of the walls is language we use. Breaking down those walls is a radical thing.”