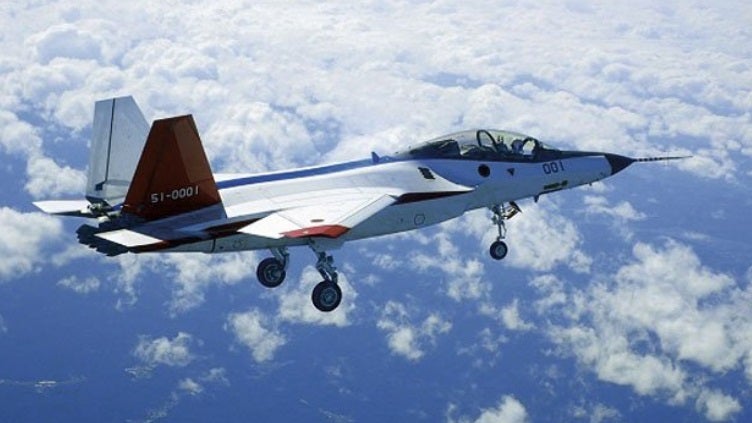 Stealthy, for everything but eyeballs. Japan Air Self-Defense Force
SHARE

With a bright white body and red wingtips, Japan’s X-2 doesn’t look like a typical stealth fighter. Those radar-fooling planes typically come in various shades of gray or black, as if they’re extras in a Matrix reboot about cool machines. Brightly painted body resplendent against the blue sky, the X-2 took its first flight earlier today.

While Japan is constitutionally prohibited from using war as a means to settle international disputes, it still maintains a de facto military in the form of Self Defense Forces. In recent years, Japan has built up its military, and amended its constitution to allow for the military defense of allies.

The X-2 is a latecomer to the stealth game: the United States has flown stealth planes since the 1980s, while China, Japan’s closest geopolitical rival, has a stealth fighter expected to enter service by the end of this decade. The X-2, meanwhile, isn’t even a production design. It’s a technology demonstrator, which will inspire future designs.

But before it can inform future plane design, it needs to fly:

A simple success, but it now brings Japan up to roughly the same place as Russia, China, and the United States, into the league of nations capable of making stealth fighters.

Watch it drive down the runway and take off below: