Aviation can be such a drag. 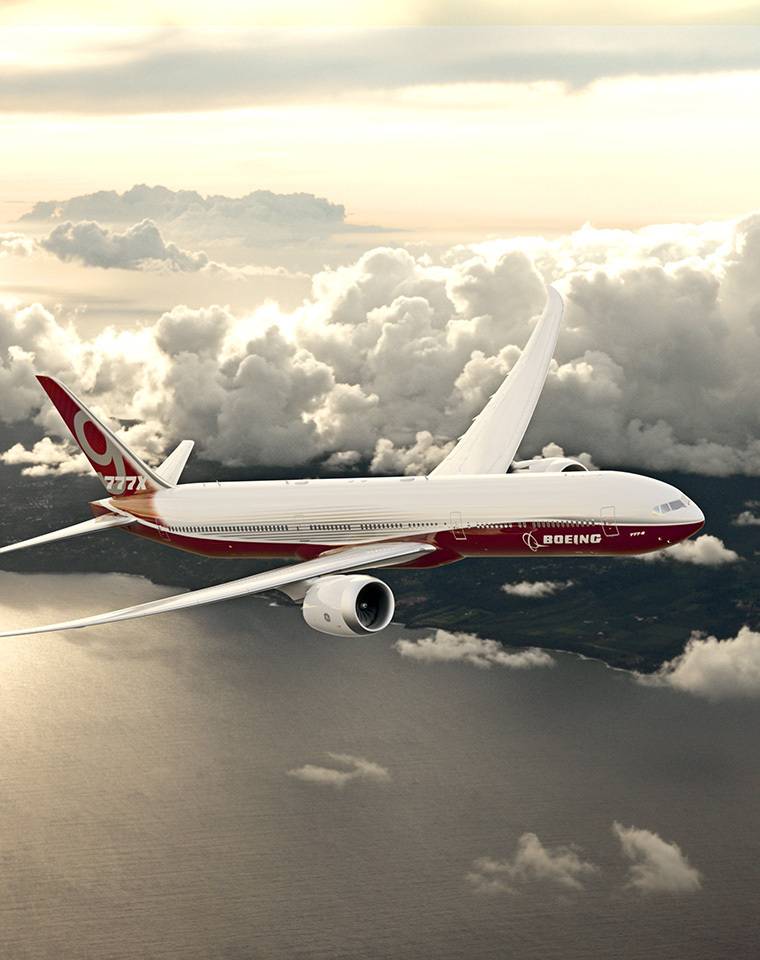 When airborne, the forthcoming Boeing 777x aircraft will have a majestic wingspan of 235 feet. Unfortunately, that’s too big to fit at the type of airport gate intended for 777s. So rather than clipping the plane’s wings—or asking airports to make bigger gates—Boeing engineers gave them hinges, so the tips could fold up and down. That reduces the wingspan to a mere 212 feet.

Boeing received official approval for the innovative new design on May 18, when the FAA published a document in the Federal Register explaining the “special conditions” the aircraft maker has to follow with the new aircraft design.

Boeing 777 aircrafts are twin-engine, wide-body planes that currently have wings that stretch just under 213 feet. So why endure the added length, and thus the complexity that goes with the folding mechanisms, when making new aircraft?

These longer wings, which are made of carbon fiber, are more fuel-efficient. “It’s all because it lowers the drag,” says Gary Ullrich, an associate professor at the John D. Odegard School of Aerospace Sciences at the University of North Dakota and a former Air Force pilot. He’s also a coauthor of the textbook Aerodynamics for Aviators.

Longer wings, Ullrich says, cut down on the vortices, or wake turbulence, that can form at the wingtips, which is why these lengthy wings slice through the air with less drag, saving fuel and thus money.

Think of a fighter jet, which has short stubby wings, and compare it to a glider’s, he says. The fighter’s short wings are going to create bigger vortices, and more drag, than the glider’s. “They have a 777, and they want to turn it into a glider,” Ullrich says. In fact, he says that with two identical aircraft, both with wingspans of the same surface area, a longer wing will have less drag, and be more efficient, than a shorter one. (Technically this type of drag is called “induced drag.”)

But since these new 777s—which will be called the 777-8 and 777-9, and will be able to seat as many as 375 and 425 people, respectively—need to fit at the gate, those long wings fold up. But that comes at a cost, one of which is additional complexity, Ullrich says.

The FAA points out in its Special Conditions document that the folding wing ability will only work when the plane is on the ground, and that the company does not plan to store fuel in the folding sections. And since it would be disastrous if the wingtips were to fold in flight, or if the plane were to try to take off with the wings not in the proper position, Boeing has to take the design aspect of this new feature very seriously.

“We think about the redundancy of the actual fold mechanism—the locking pins, the latches—we have a primary and secondary latch system,” Boeing engineer Terry Beezhold said in a video. “We have multiple layers of redundancy, and layers of protection, to ensure that the folding wingtip always remains extended in flight, and only folds when it’s commanded [when the plane is on the ground].”

Military airplanes on carriers have already been using folding wings to take up less space. Ullrich says that he finds its use in the commercial realm “refreshing.”

“This is something that’s been looked at for a long time,” he says. “Due to weight issues, and complexity issues, it’s been hard to implement this in the world of civilian flying.” The plane is scheduled for delivery in 2020.