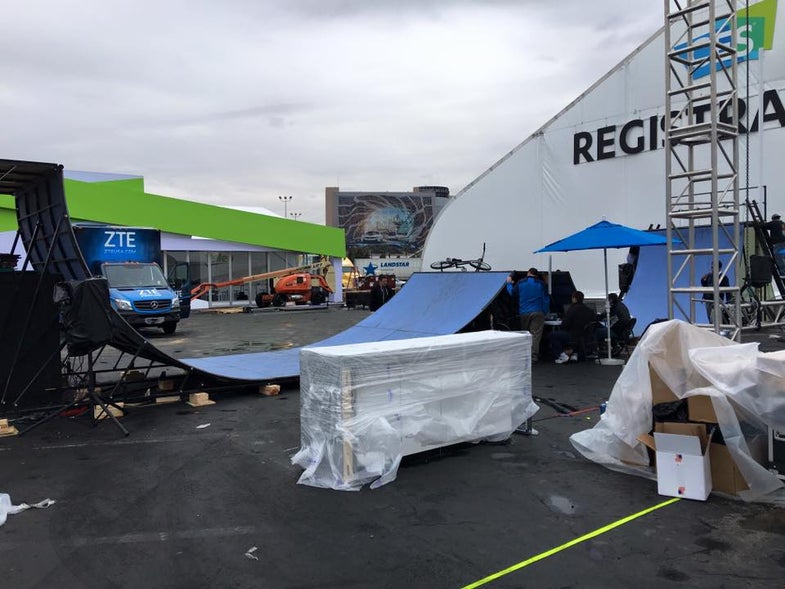 For the past year, computer chip company Intel has been using BMX stunt bikes to demonstrate “Curie,” a new, ultra-small computer that detects and analyzes motion. The company first showed off the tech at last year’s Consumer Electronics Show in Las Vegas (CES 2015), and it looks as if Intel will be repeating that demo again at CES 2016.

Earlier this afternoon, the Popular Science crew at CES spotted Intel’s technicians assembling a series of half-pipes outside the Las Vegas Convention Center ahead of CES 2016, which officially kicks off tonight (although the convention center doesn’t open to press until tomorrow, Tuesday, January 5).

The technicians said that Intel would be showing off motion-sensing microchips inside the BMX bikes all week, but declined to provide any further details. An Intel spokesperson confirmed to us that Curie would be making a return to CES in the form of BMX bikes.

As for what exactly Curie does, Intel says on its website that the microcomputer is “a complete low-power solution designed for companies interested in developing wearable devices as well as consumer and industrial edge products,” and is “ideal for ‘always-on’ applications such as social media, sports, and fitness activities.”

Basically, Intel hopes that Curie will become an integral part of apparel and sports equipment in the near future — “Intel Inside” for your athletic gear. Imagine if your athletic shoes could automatically sync with a phone app to show you data on your workouts, all without you having to wear any additional fitness trackers. That could be a possibility with the relatively small Curie chip, which measures just 0.7 inches in diameter (20 millimeters). 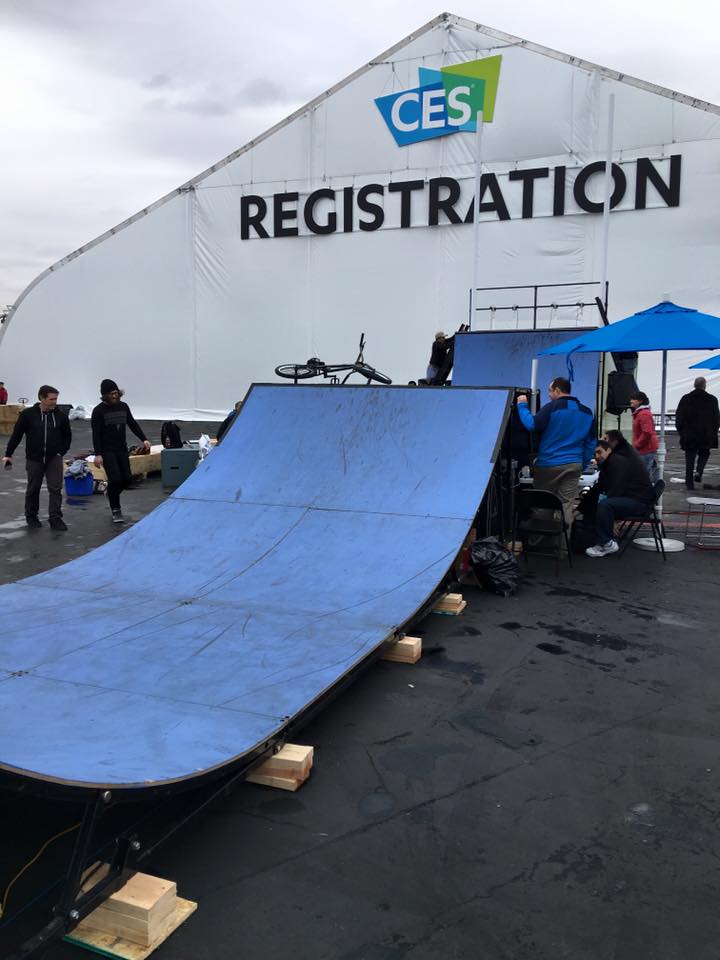 Under construction ahead of CES 2016.

In order to make this vision of the future a reality, Intel announced a new software development platform for Curie in August, which would allow programmers and software engineers from other companies to more easily build apps around Curie. Intel will likely talk more about that software offering at CES 2016. In between some sick backflips, of course.